After two nights in Lee’s Ferry Campground, we packed up our things and headed to our final stop, the Grand Canyon.

The drive there was beyond beautiful, straight out of a postcard, but as we approached, we ran into some complications.

Despite both of us “double” checking our travel plans, we had booked our campsite for the wrong nights, so when we arrived, we had no reservation.

Due to the virus hitting (something we were aware of but not super informed of as we were living among the rocks in a tent for the greater portion of last week) they were also not taking on new reservations.

Luckily the sweetest ranger shifted our reservation for us and told us it was ok to go on in and gave us a new campsite. There was literally no one in the campground, I have never seen anything like it.

We set up our tent, then drove off to the look outs of South Grand Canyon rim to lay eyes on it for the first time. It was breathtaking, and the colors of the canyon were unreal.

It started to get real cold as the sun set. We put on another layer and watched from a great spot on the rocks. Just before it officially went down, we headed back to our campsite to cook some food, light a fire and stay warm.

Warm was not the word of the night. More like ice rain. We spent most of our evening attempting to stay warm in the car as ice rained down upon us. The temperature dropped down to 22 degrees, and we debated sleeping in the car.

After a few more drinks, we piled into our sleeping bags, put a tarp on top of us, and had the worst night sleep. The next morning was much warmer, so we suited up to hike into the canyon.

We took Bright Angel Trail and made it three miles down into the Grand Canyon. We took rest near some restrooms and soaked in the view.

Originally, we planned on hiking down and spending a few nights in the canyon, but were happy we didn’t after hearing the waterline broke and all campers had to return to the top.

We now have plans for another trip to the Grand Canyon so we can do just that, hopefully with our kids.

The Grand Canyon is a magical place. It’s sad to hear it has closed for now, but it will so be worth the wait! 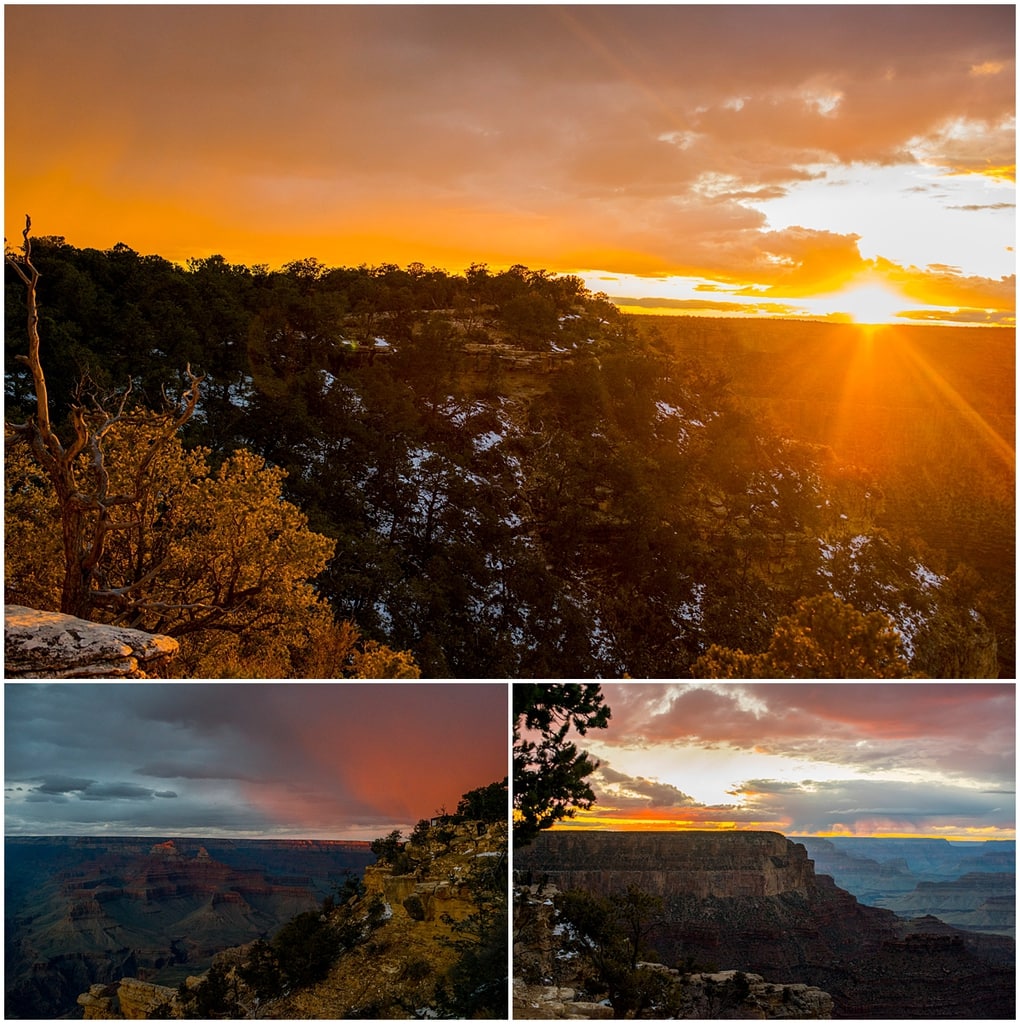 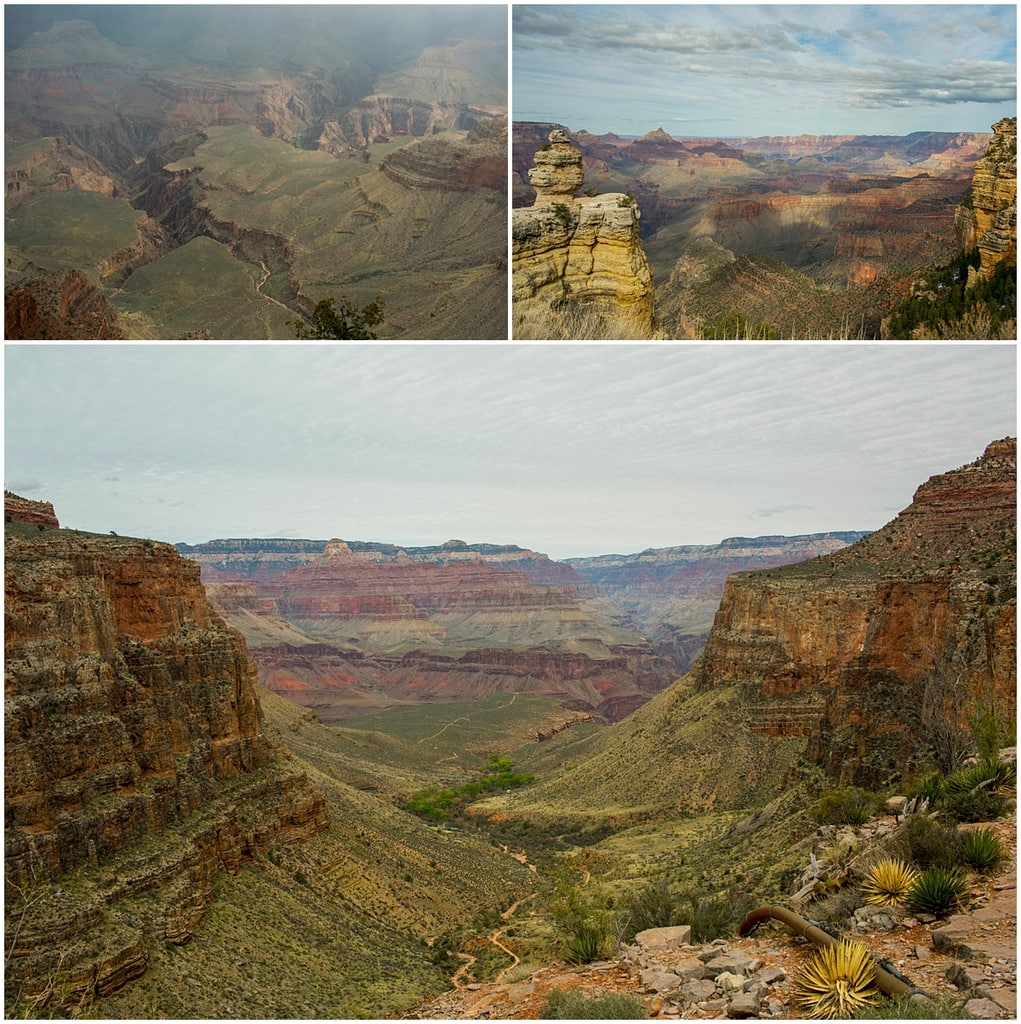 Love to travel? So do we! Check out the start of our 3 part adventure below!
https://angeladivinephotography.com/zion-national-park-camping-adventure-march-2020/