Samantha and Shawn met for the first time over 10 years ago. Shawn was friends with Samantha’s next-door neighbor, and she referred to him as the cute guy that hung out next door. They didn’t start dating until much later in life, but they knew they were perfect for one another. We met at Boom Island Park in North East Minneapolis for their engagement session.

It was a quiet morning at Boom Island Park. It had rained the night before and earlier that morning, and although the sky was grey, Samantha and Shawn were game to make the most of it.

Boom Island Park is on the river with great views of the Minneapolis skyline. We took a stroll down the river walkway so the background could consist of the water and skyline.

Samantha and Shawn took a stroll across the bridge, then down to the shoreline to soak in the views. It was early summer and the fields were filled with white wildflowers. We took advantage of the fresh leaves and blooms to fill the frame with color.

They originally planned their wedding for April 2020 but, due to COVID-19, postponed their day until later this summer. My heart goes out to them, as well as their friends and family who had to change their plans, but when their special day comes, it will be better than ever! 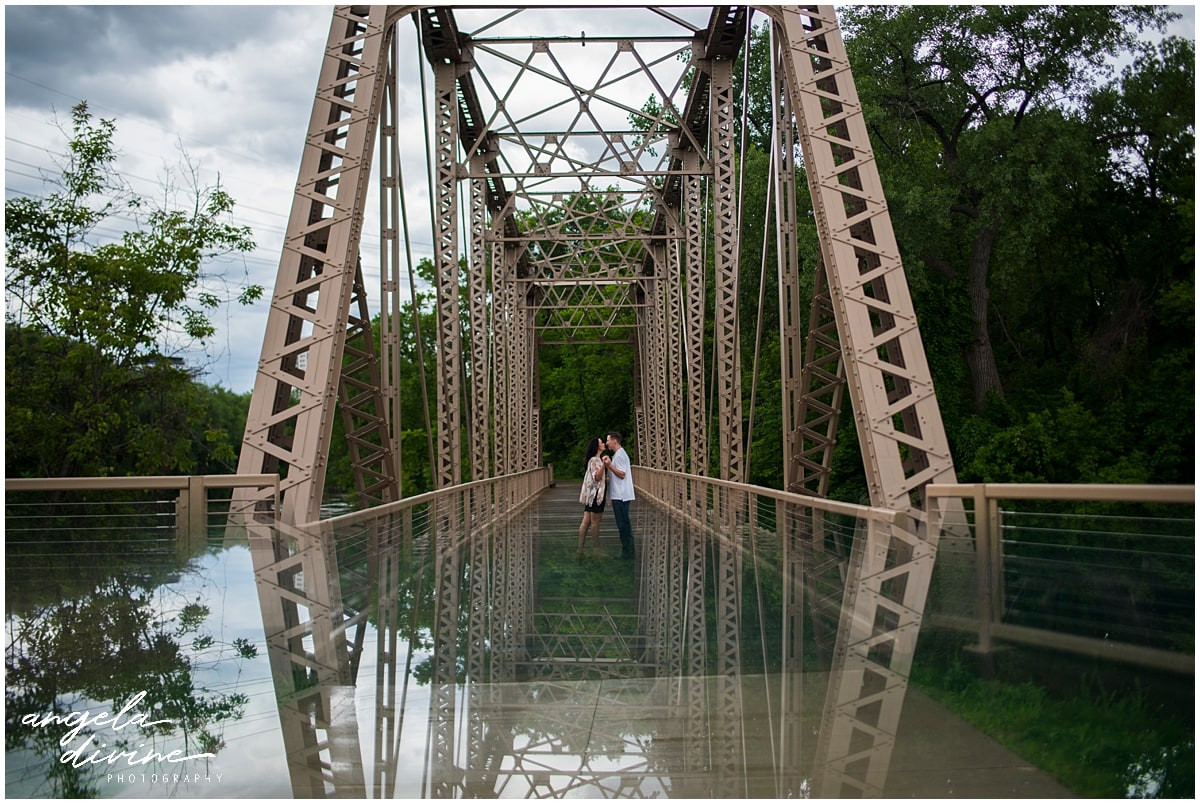 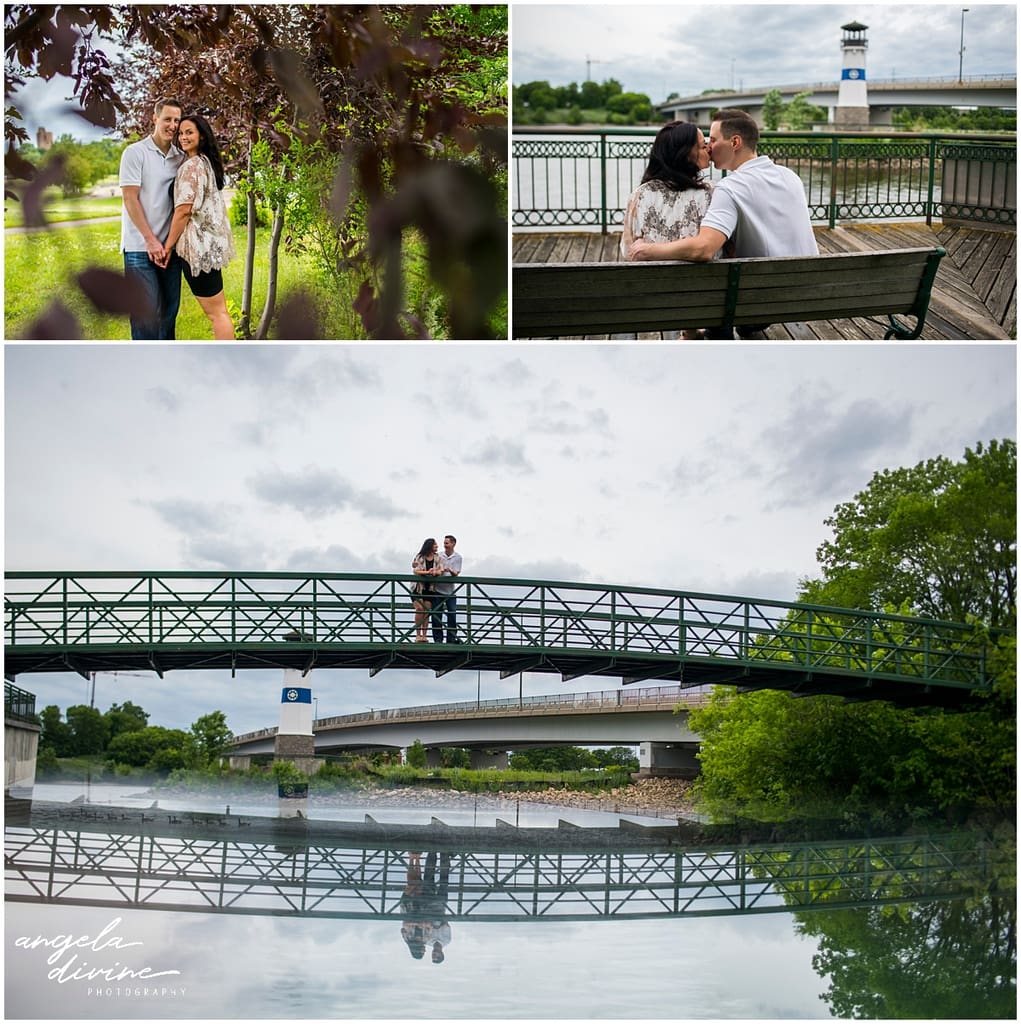 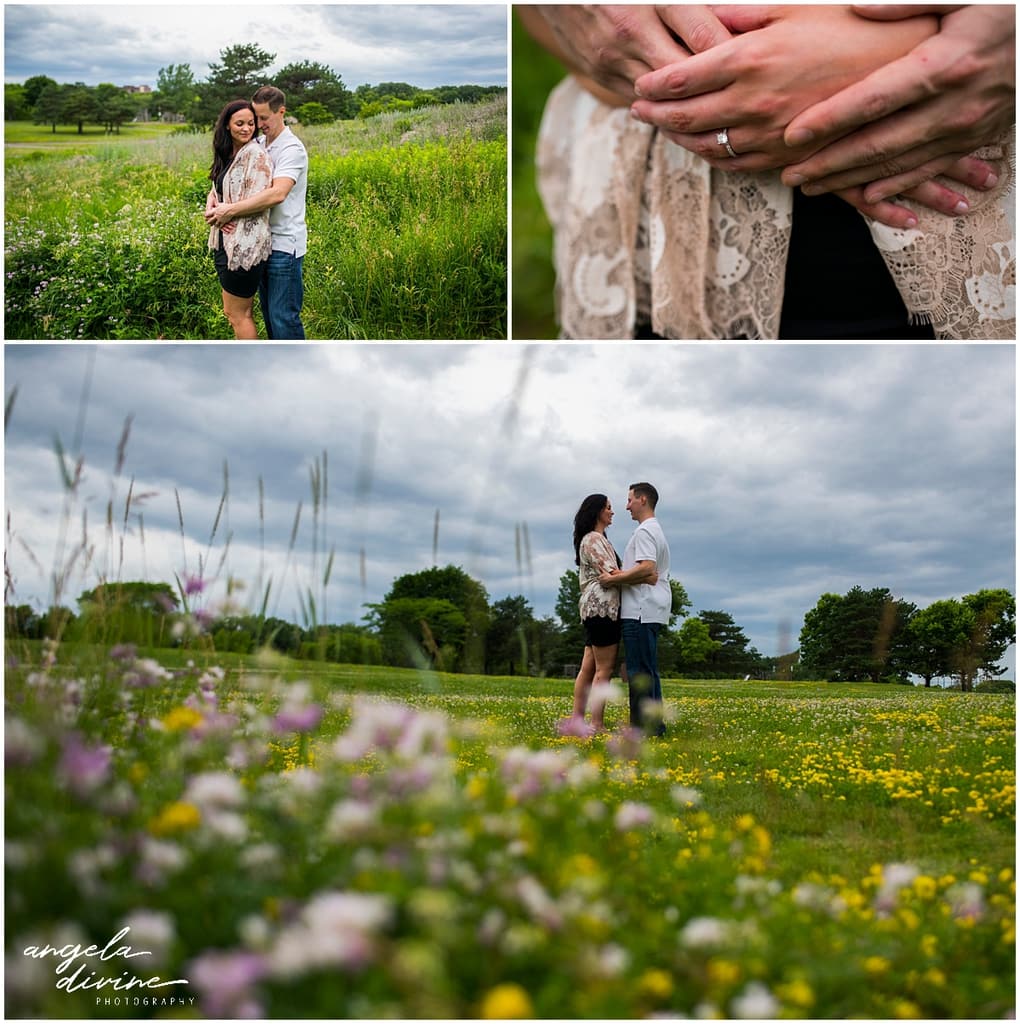 Want to see another session from Boom Island Park? It’s one of my favorite spots to take engagement photos in the Minneapolis area. Check out the link below!
https://angeladivinephotography.com/boom-island-engagement-session-tiffany-brendan/ 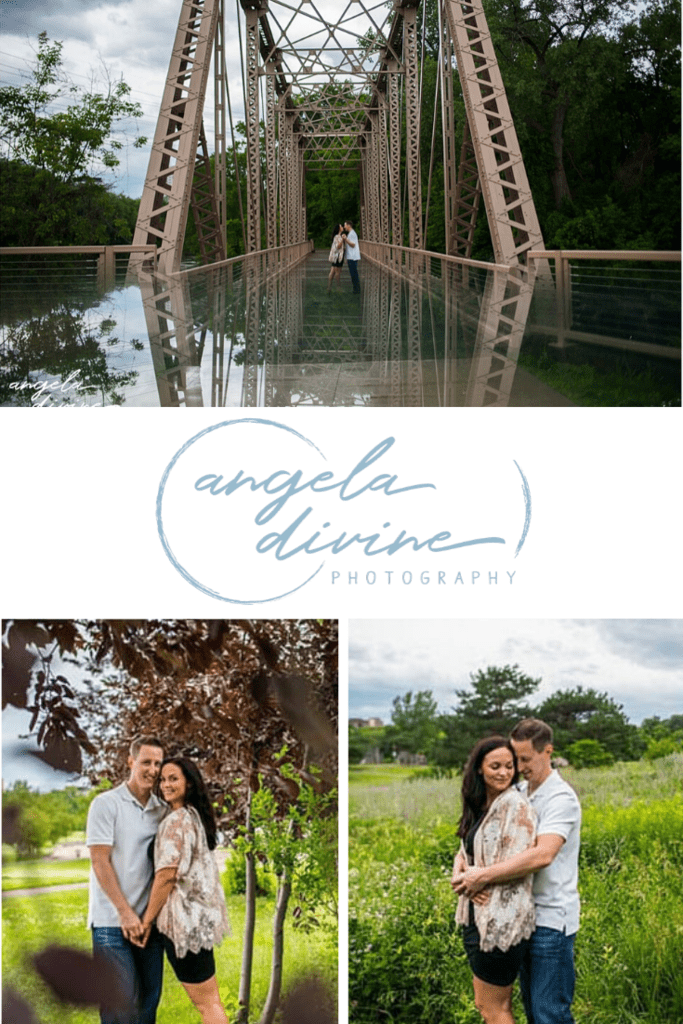