Last year on the train into Chicago, my auntie Carol and I struck up a conversation about camping. She told me I would love Porcupine Mountains Wilderness State Park if I loved the North Shore, where she lives. I did one of those Google searches, and I was hooked. We camped here this past weekend with two of our dear friends, and it was magnificent. 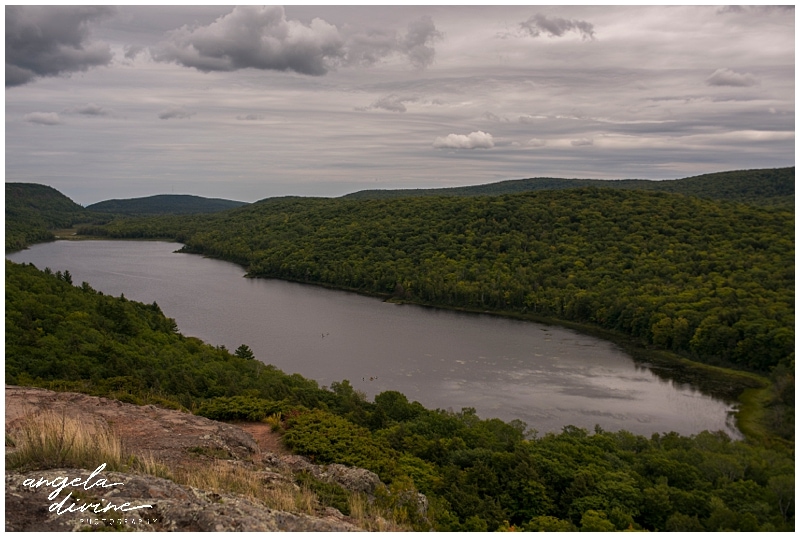 Porcupine Mountains Wilderness State Park is large, or at least compared to Minnesota State parks. There are two campgrounds in the park, and we opted for a walk in site (12) at Presque Isle Campground. 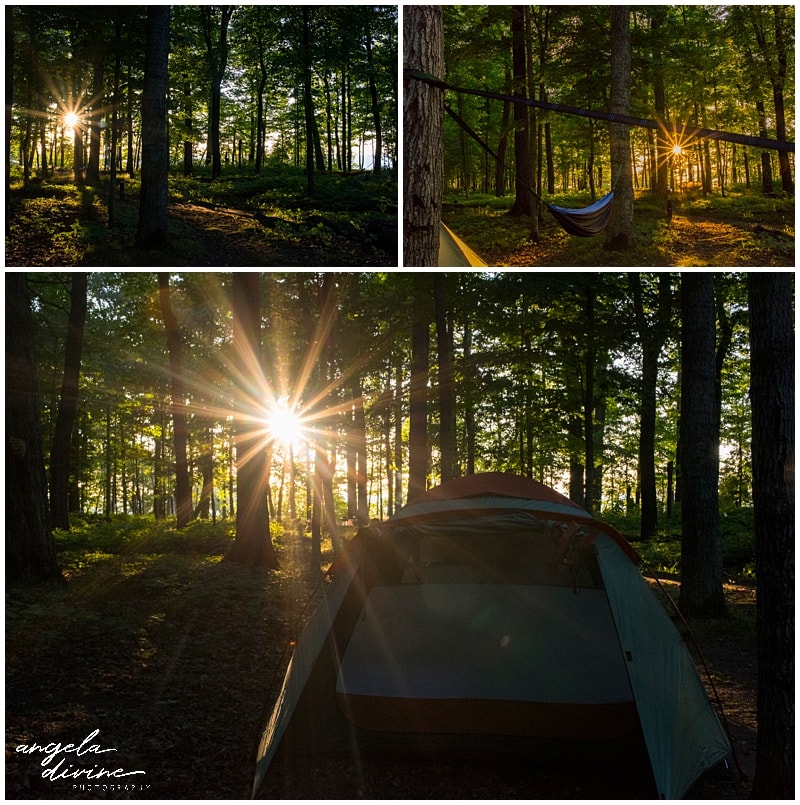 Our campsite was great! Large enough for two tents, four people, one fluffy dog and two hammocks. It was walkable from the car. If I was to go back, I would pick one of the campsites along the shore line in the walk in area. I wanted one of these, but they were all taken at the time of booking.

After we settled in, we walked the campground down to a staircase that took us to Lake Superior. We watched the sunset, skipped rocks, and had a beverage.

The next morning, we went to Mirror Lake. The trails to Mirror Lake lead us through lush green forests. The forests were majestic, but we should have brought bug spray. Luckily, when we arrived at the lake, we took a dip. The water was freezing, but it made life so much better.

We made it back to camp just in time to prep dinner then head back down to the sunset. The first night, it was just the four of us down there and we wondered where everyone was. Everyone must have heard about how great it was, because the beach was packed night two.

Lake of the Clouds is one of the most scenic spots in the park. From Presque Isle, it took about 35 minutes by car since it is on the opposite side of the park. Once we arrived at Lake of the Clouds, it was an easy walk to the overlook. Our two friends decided to head in another direction while my husband and I tried the Encampment Trail.

This trail hugged the sides of the ridges for epic views. We did hear that a black bear was sighted in the forest a few yards up by some other hikers. We didn’t see the bear, but saw a lot of fresh bear scat on the trail.

On our final day in the park, we kept to the Presque Isle side for some waterfall watching. We took a trail that took us down the river and to Lake Superior. We hung out on the sandy beach for a while, then looped back around.

There was a lot we didn’t get to see in the park because it’s huge and three nights was not enough. When we return one day, I plan on exploring the Governement Peak Trail as well was more of the shoreline. They are hike in campsites as well as rustic cabins that we passed as well that I can’t wait to stay in.

Do you love camping as much as I do? Check out some of my other favorite parks on Lake Superior!