Gina and Mike met seven years ago at Saint John’s in Latin class. What started as a casual flirtation developed into a deep relationship. They love Minnesota’s seasons, especially winter since they both run warm and don’t love being outside when it’s super hot out. So they decided to have a puppy-filled Grand View Lodge winter wedding in Nisswa, Minnesota.

Gina and her side of the wedding party dressed in one of the many cabins at Grand View Lodge. The atmosphere was relaxed, just as Gina had hoped. In between hair and makeup, they played cards and hung out with the many pups that were welcome at the cabin. Since Gina doesn’t often get “dressed up” she went all in on her wedding day with a stunning sparkly ballgown dress, crown-style hairpiece, and a velvet emerald green cape to keep her warm.

Mike’s jaw dropped as he saw her for the first time. He gave her a big hug and squeezed her in for warmth. It was of course a little chilly in February, but both the couple and their wedding party were down to take some photos in the cold.

Because of the pandemic, they had to downsize their guest list to family and very close friends. Mike and his friends luckily have a background in video and tech, so they broadcasted their ceremony to those who couldn’t be there in person.

After the ceremony, Gina and her friends gathered outside of the ceremony space for what they thought would be a short experience to bustle the dress. However, it was a bit more complicated than they thought, so it became a fun, long process filled with laughter and a glass or two of wine.

Instead of the traditional dancing and pandemic rules, Gina and Mike used their reception to have a nice dinner and mingle with their guests. Before we parted ways, we braved the cold one last time for some nighttime photos around Grand View Lodge.

Gina and Mike- your Grand View Lodge winter wedding day was so chill and fun! I’m so glad you were able to have the snow and puppies you wished for! Wishing you both nothing but years of happiness and lots of future animals! 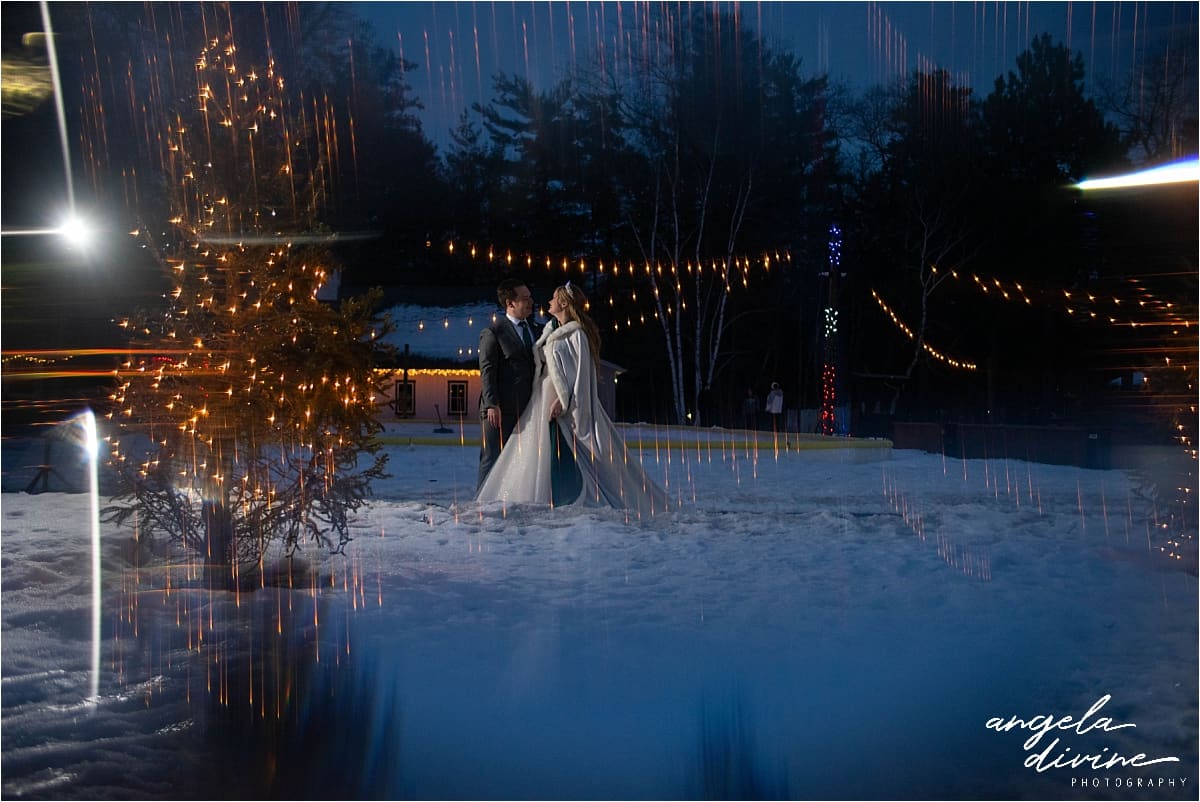 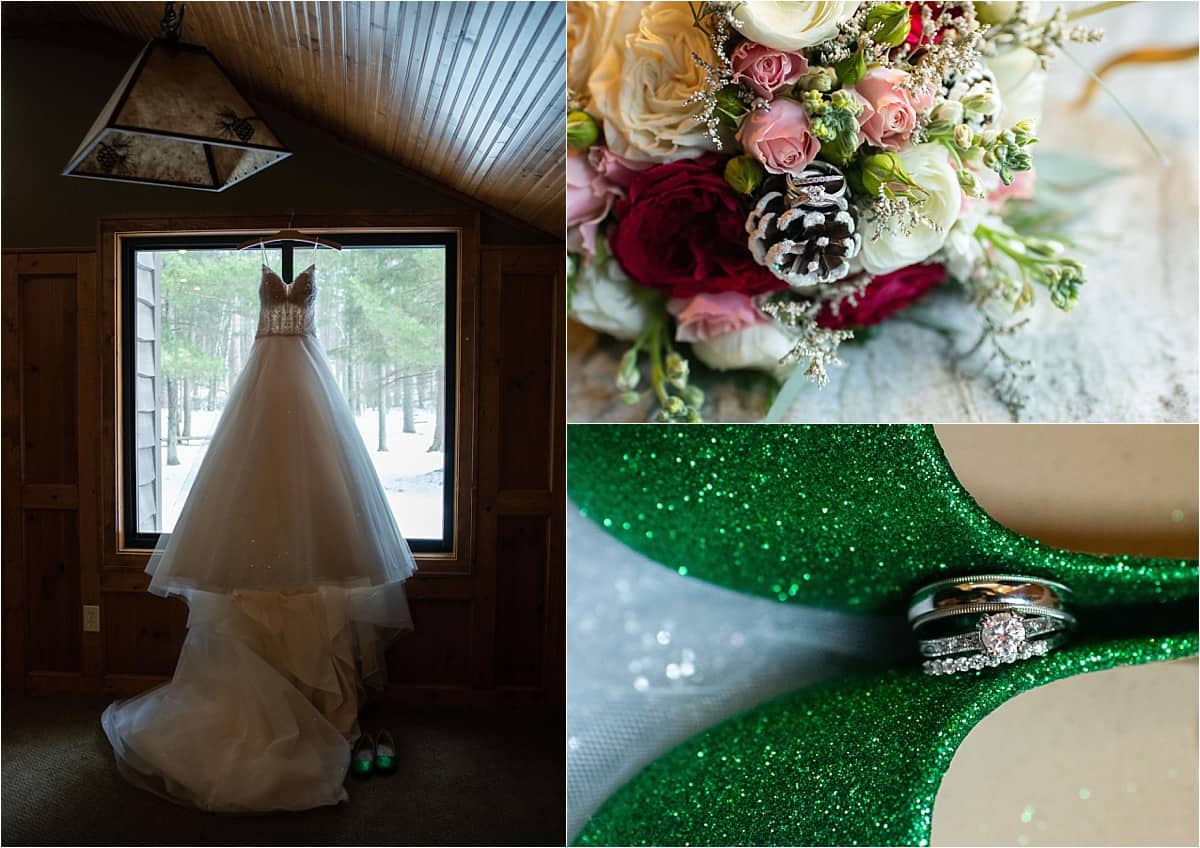 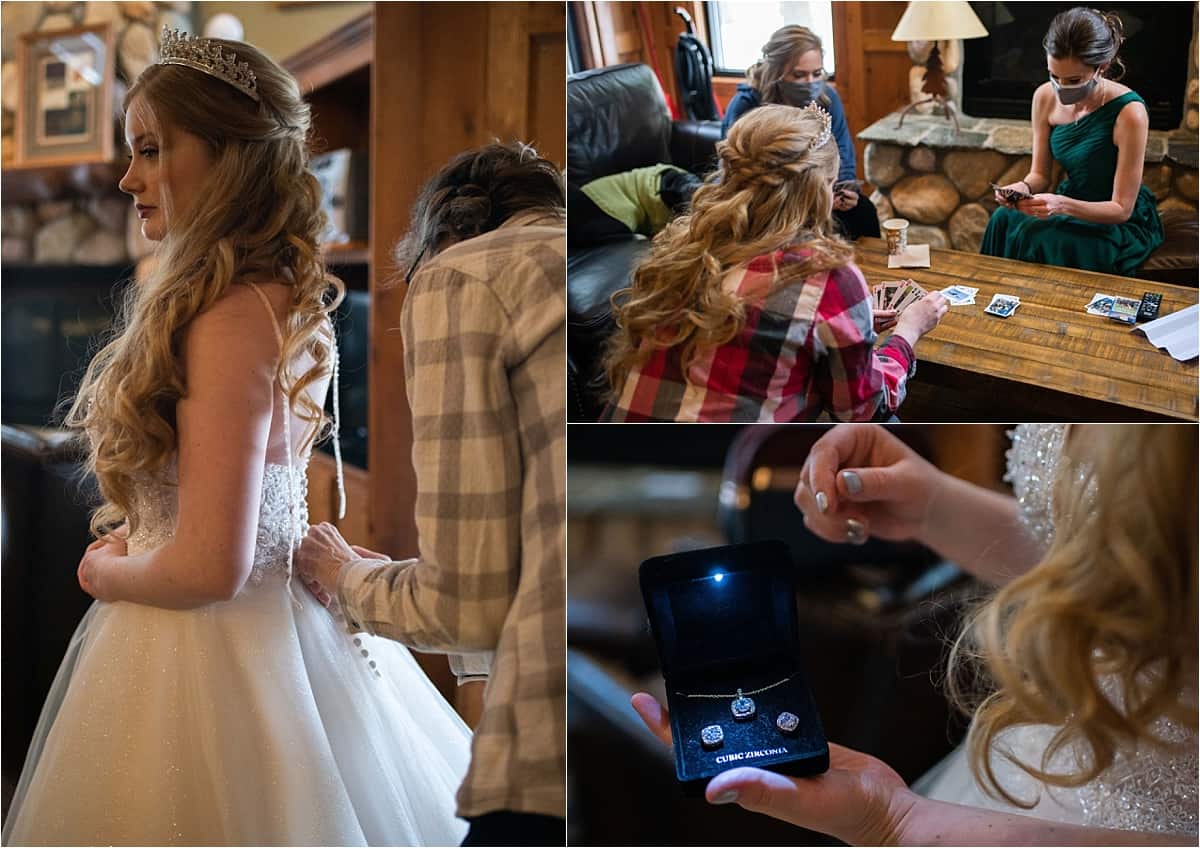 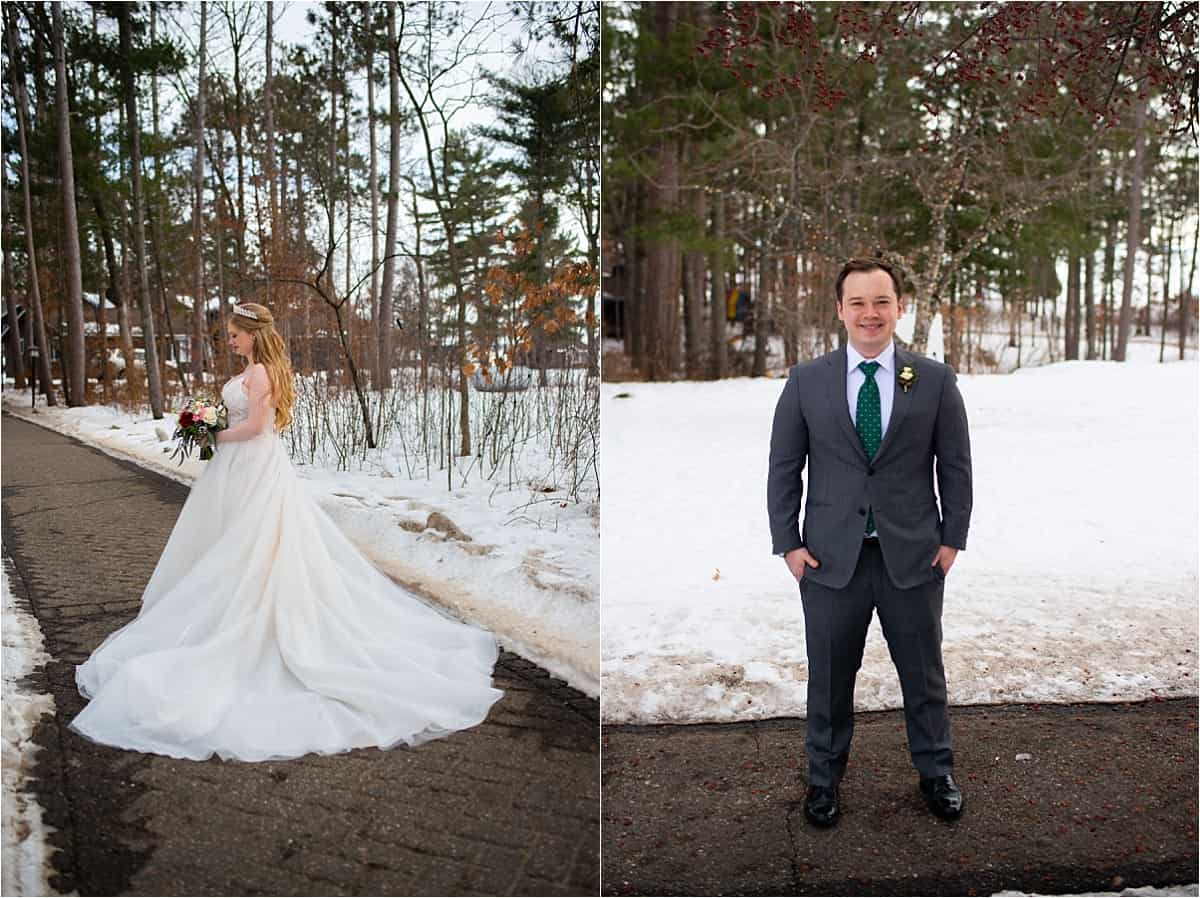 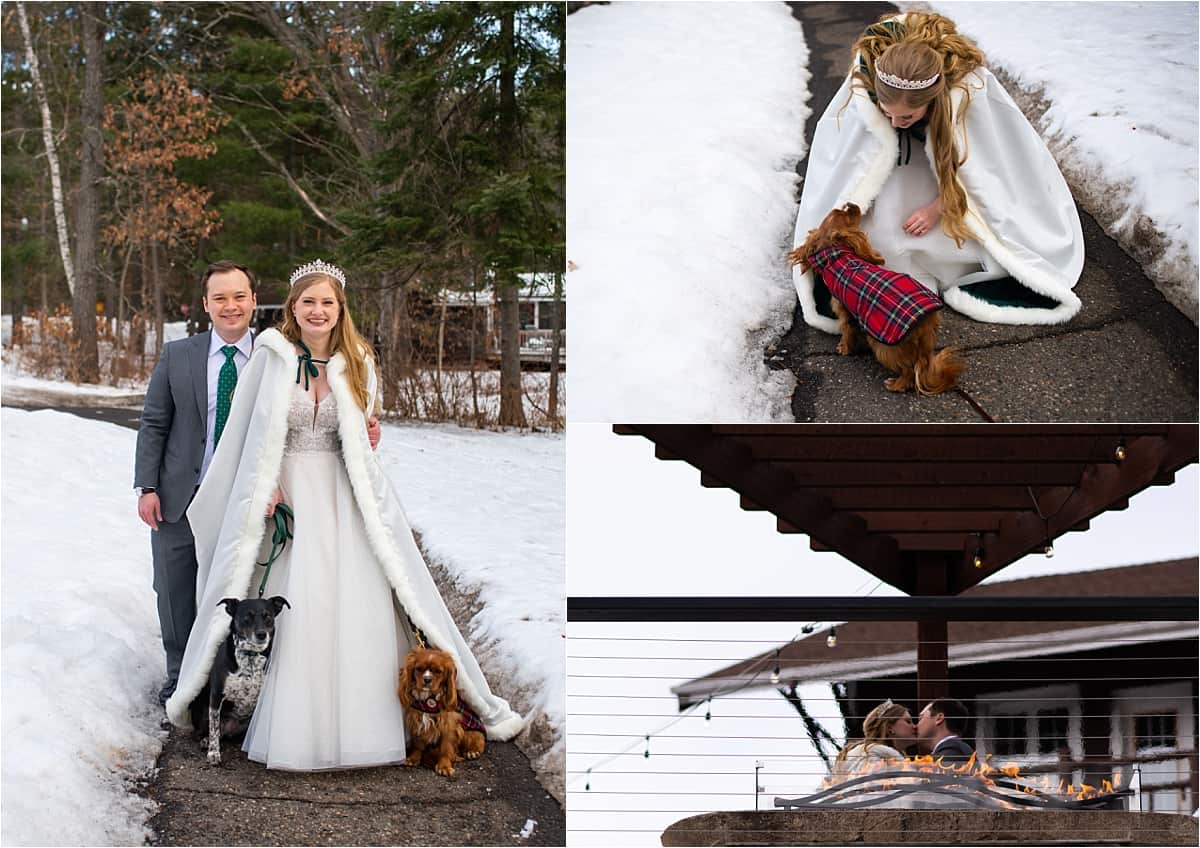 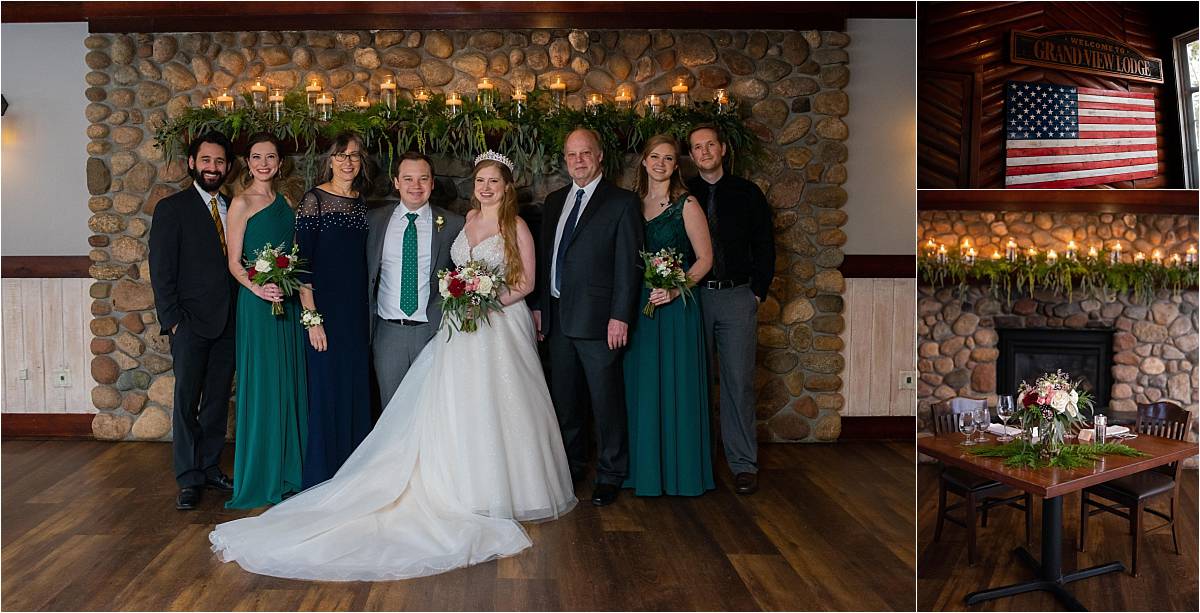 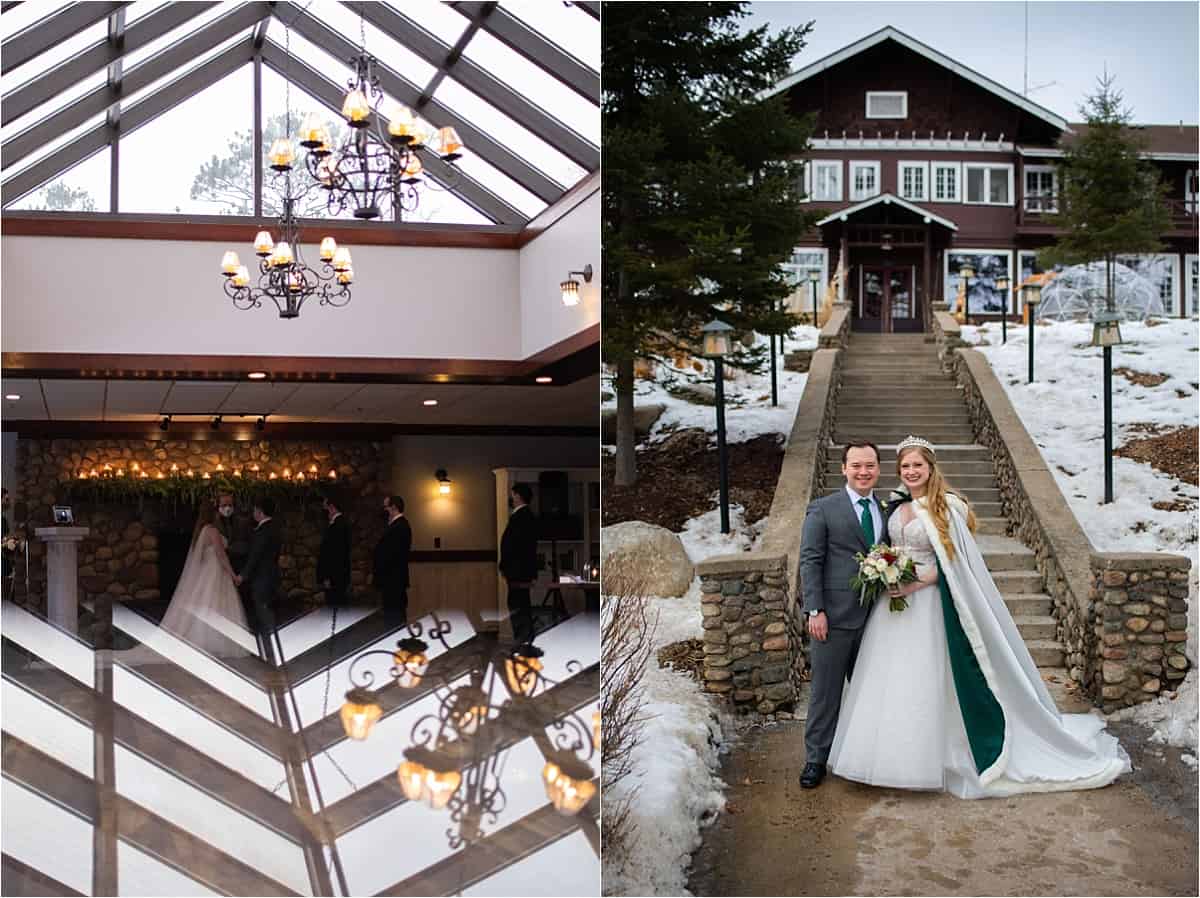 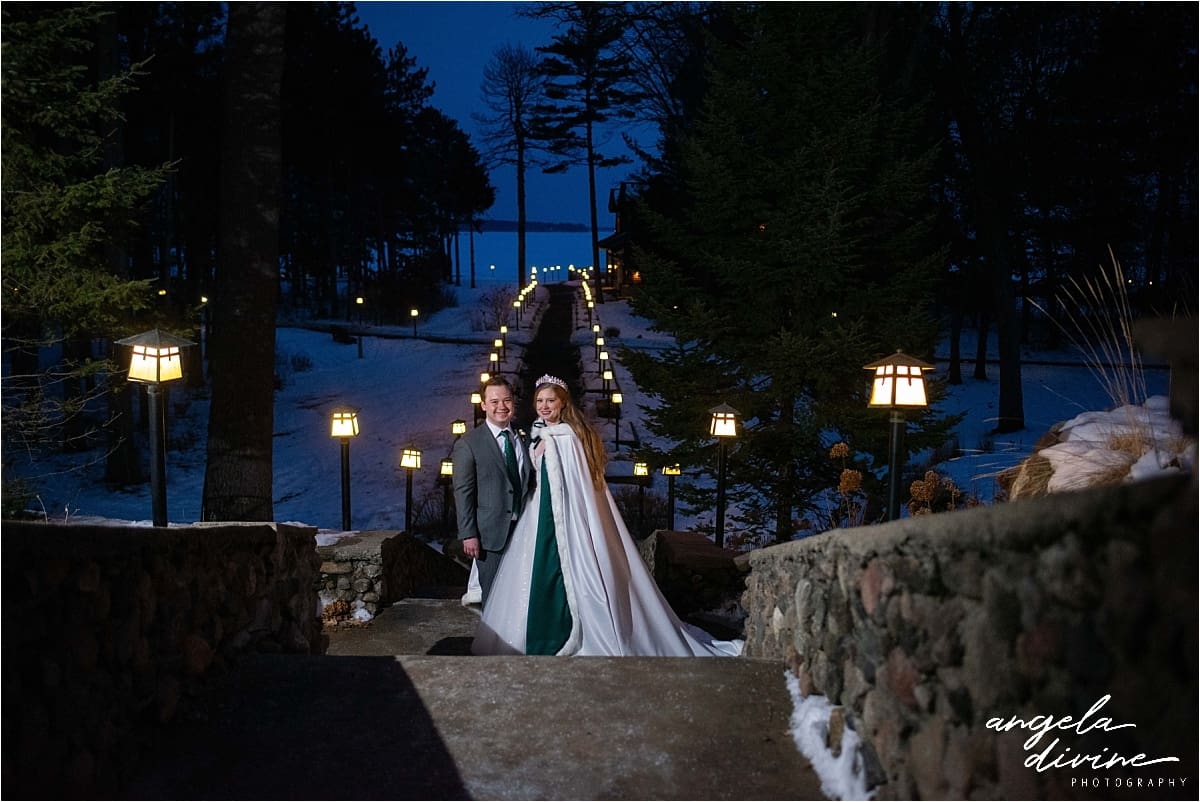 Love winter weddings? I sure do! Check out this blog- https://angeladivinephotography.com/james-j-hill-wedding/ 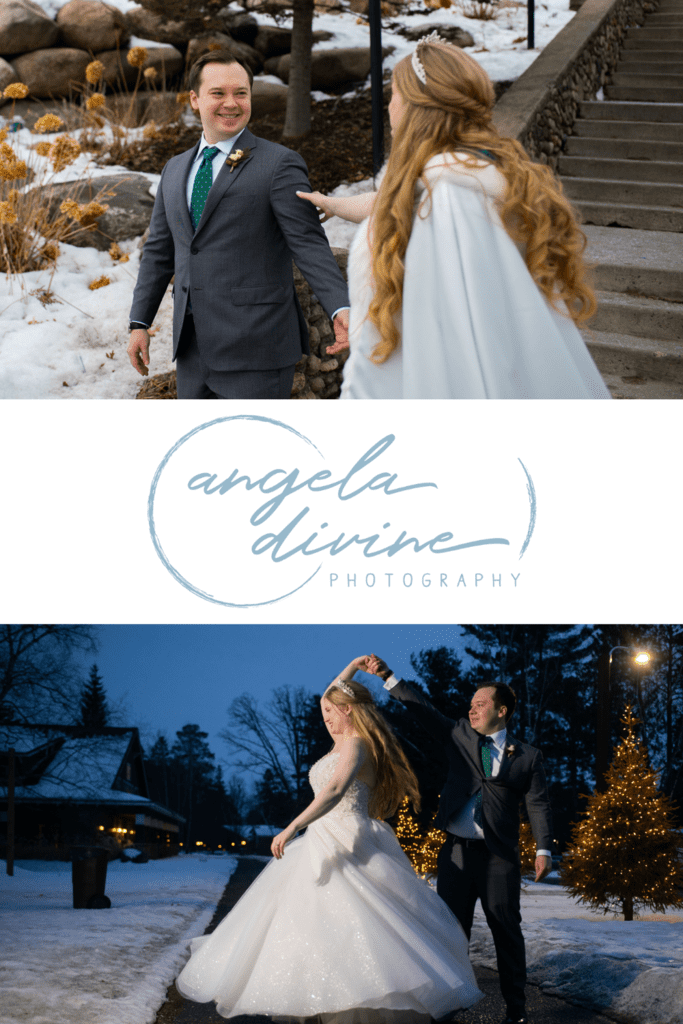