Stephanie and Elias met in 2012 at Ruby Tuesday’s. Elias had a huge crush on Stephanie, but they kept their relationship on a friend level. Elias spent some time in North Dakota but came back into Stephanie’s life at the perfect time. Things were rocky for both of them, and they were able to help each other through some rough times. They talked every day, and eventually, their friendship blossomed into something much more.

Elias proposed to Stephanie last April in their kitchen, and then took her to a Minnesota Wild Game. With that piece of their story, it only made sense to start at the Xcel Energy Center for their engagement session.

Stephanie and Elias put on their Wild jerseys and met me in the skyway. It was a cold January evening, so we tried to keep as much of it indoors as possible. A prestige dog show was in town, so beautifully groomed pups would walk by now and again. It brought nothing but smiles to the couple’s faces and made the Xcel Energy Center even more amazing.

After walking through the skyways and down to the Xcel Energy Center, Stephanie and Elias stood out in front for a few more photos. They hopped in their car to meet me at Mears Park for the second half of their engagement session.

The trees in Mears Park are decorated with sparkling lights during the holiday season. Since they were still up, Stephanie and Elias took full advantage. The park was quiet after dark, and we were able to move around quickly so no one felt too cold.

Their wedding day this weekend will be much warmer! They are having an outdoor ceremony at Cindyrella’s Garden in Rosemount, Minnesota. 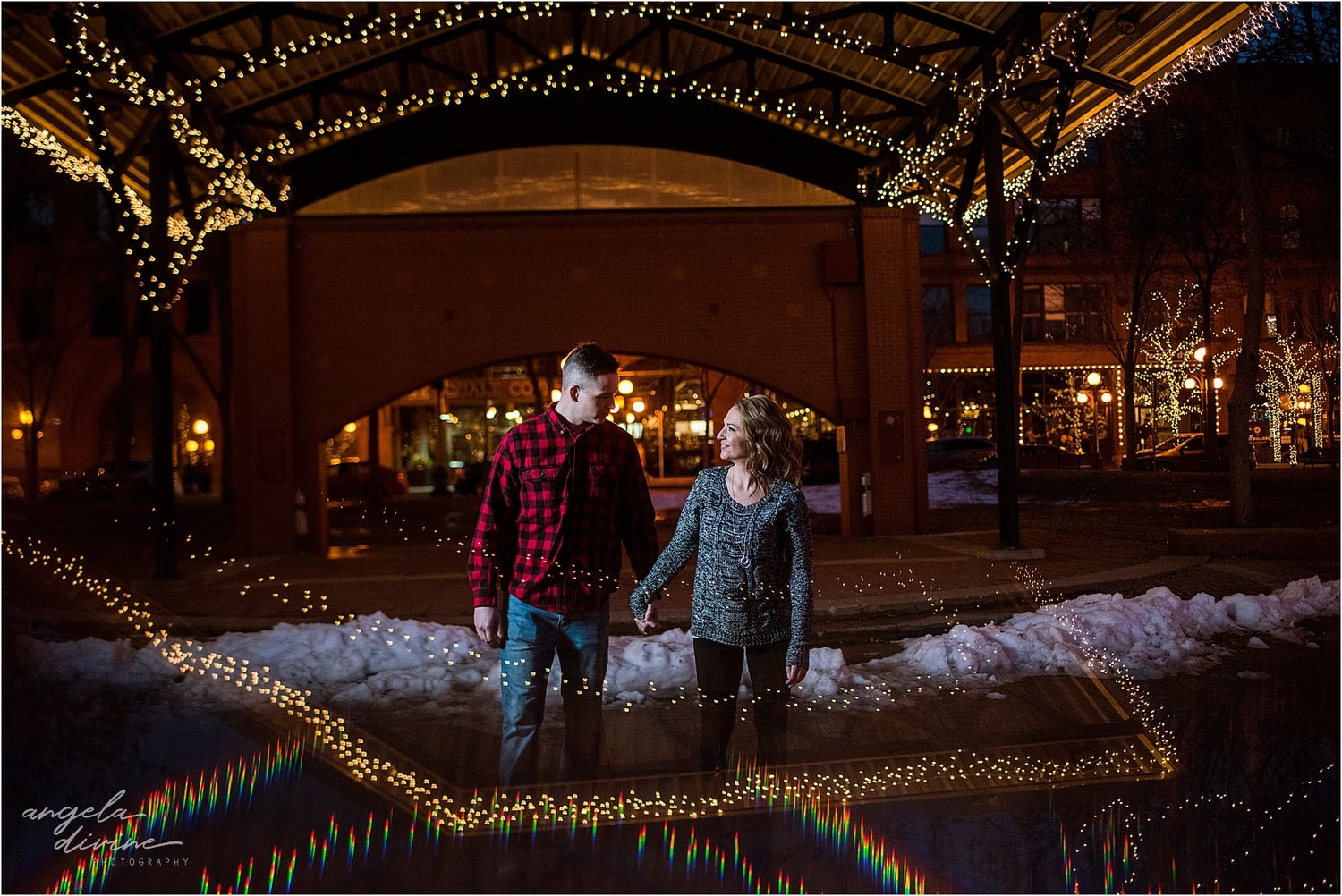 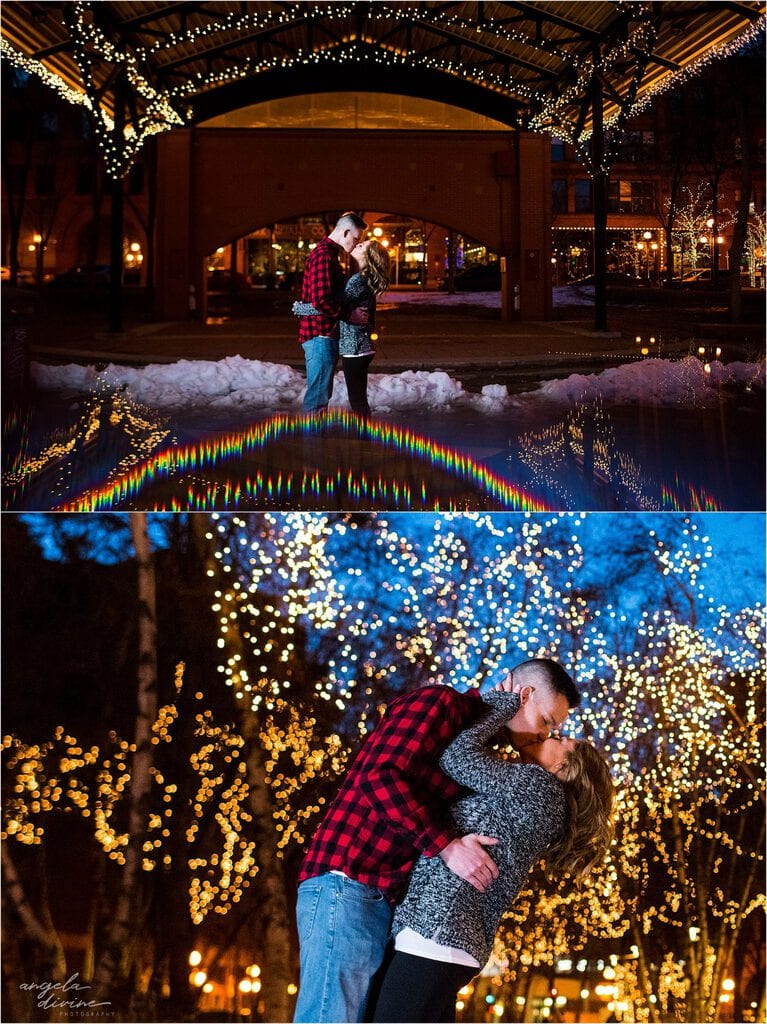 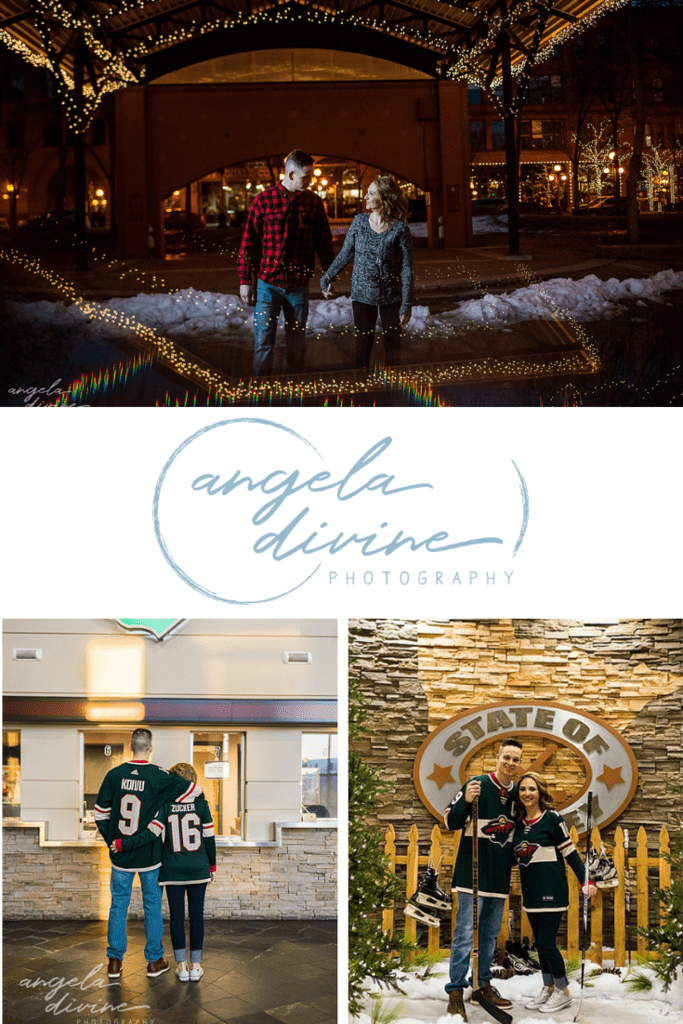