Felicia and Rob met thanks to My Space. After many years of dating, Rob proposed to her on a hike at Mount Rainier National Park. They are about to move to Colorado, so they decided to honor Minneapolis with an engagement session around St. Anthony Main and the Stone Arch Bridge.

Ted and Felicia are parents to Ted. They wanted to include their fur family in their photos, so Ted got his groom on and joined us for some photos at Minnehaha Creek, near their home. After a few minutes of pics, Felicia and Rob took Ted home and met me at St. Anthony Main.

They wanted to commemorate the many years they lived in Minneapolis by taking in views of the skyline. We started at the theater, then walked our way down the street stopping for skyline pics on the way. They are going to miss the city, but are also eager to start a new chapter in Colorado.

In college, they used to take walks down the Stone Arch Bridge, so we made our way there just as the sun was setting. It was a warm summer night, so everyone was out, but Felicia and Rob were able to make it feel like no one else was there.

They took me down to a few more of their favorite spots by the river that required a little off-roading, but as true nature lovers, they were down for every trail that led to a pretty view.

Their wedding day is happening this weekend at Day Block. Their wedding is the ultimate good-bye party, and a great way to get their loved ones together in one space before they move. They already have moved some of their things to Colorado and will be leaving for their new home next week. 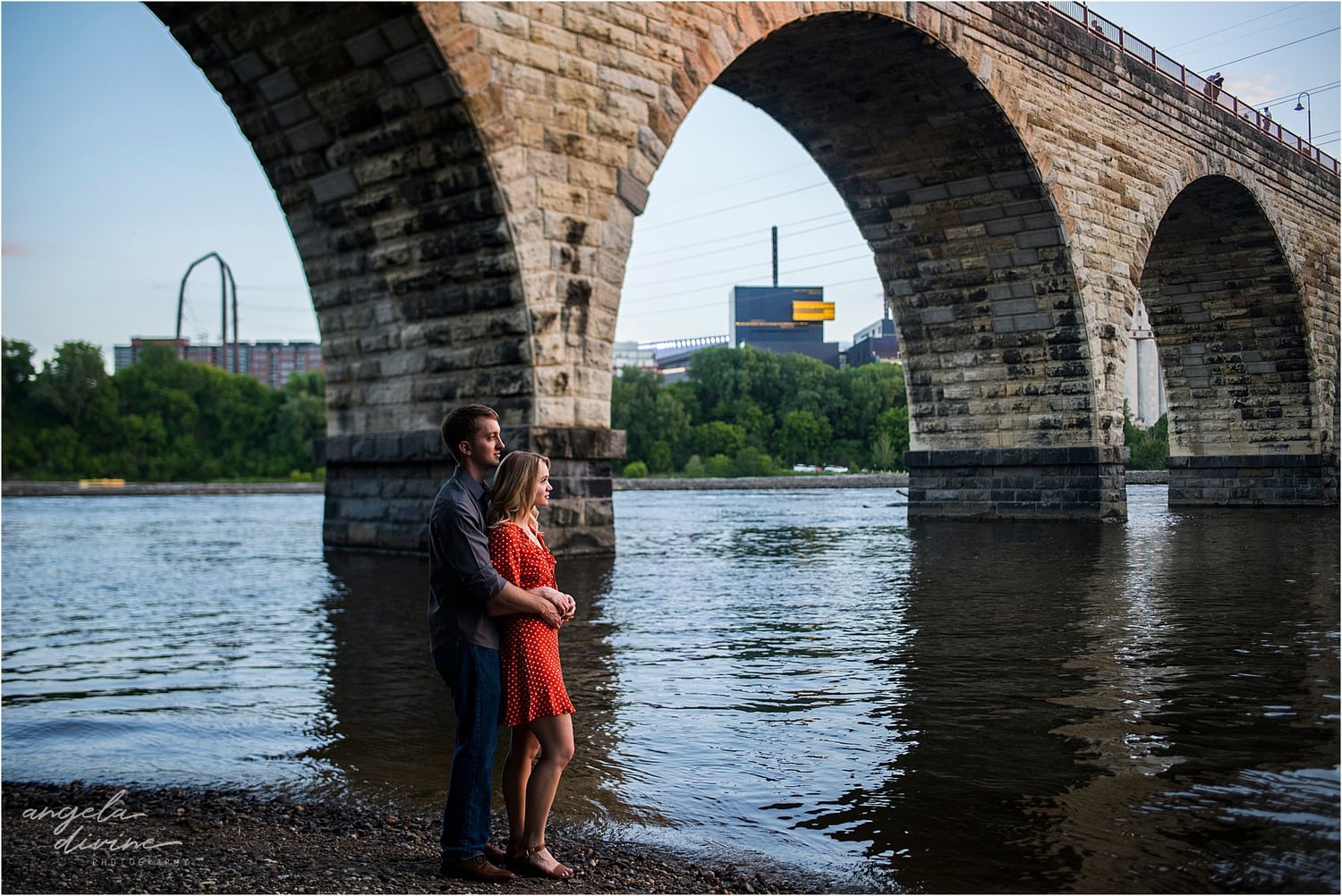 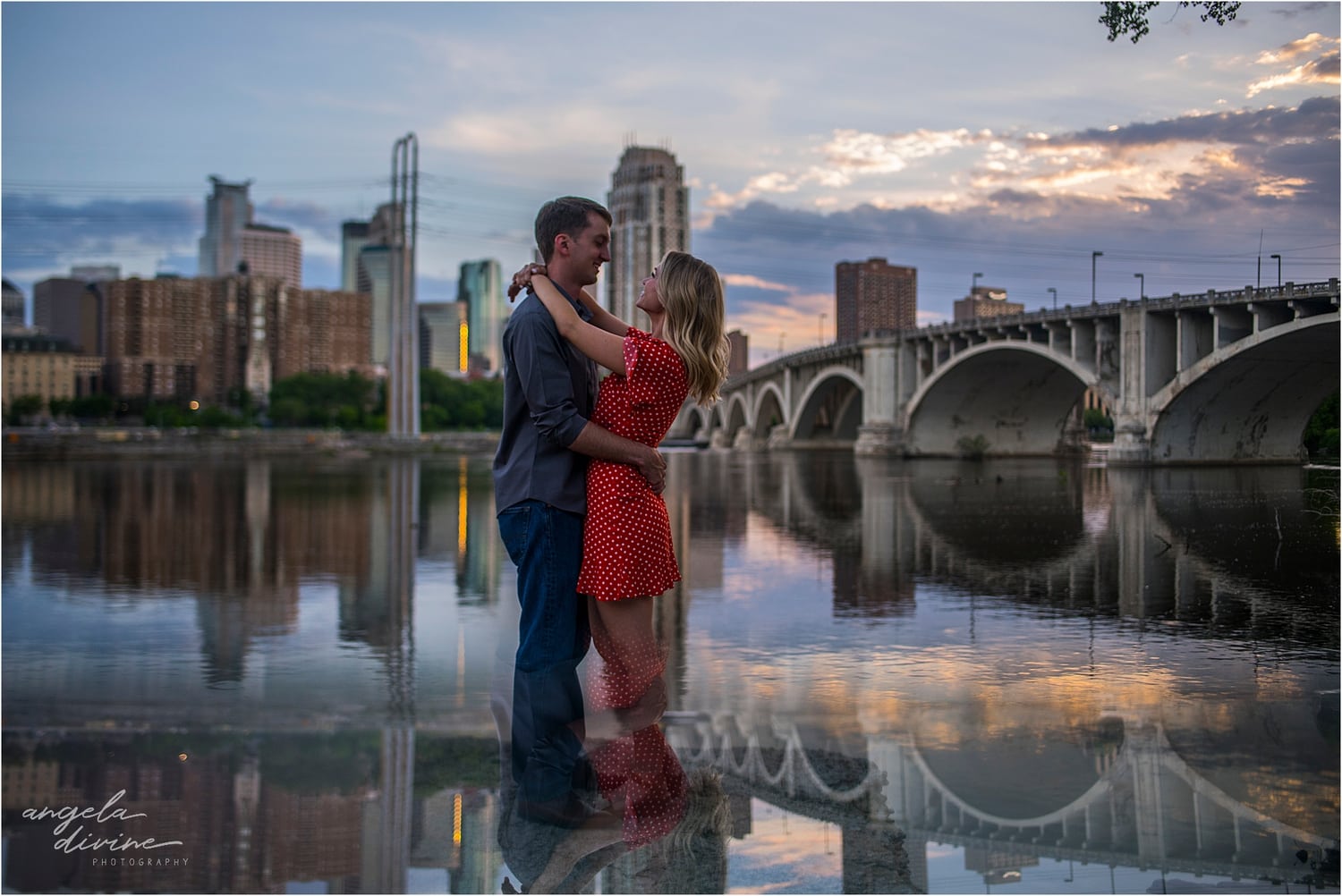 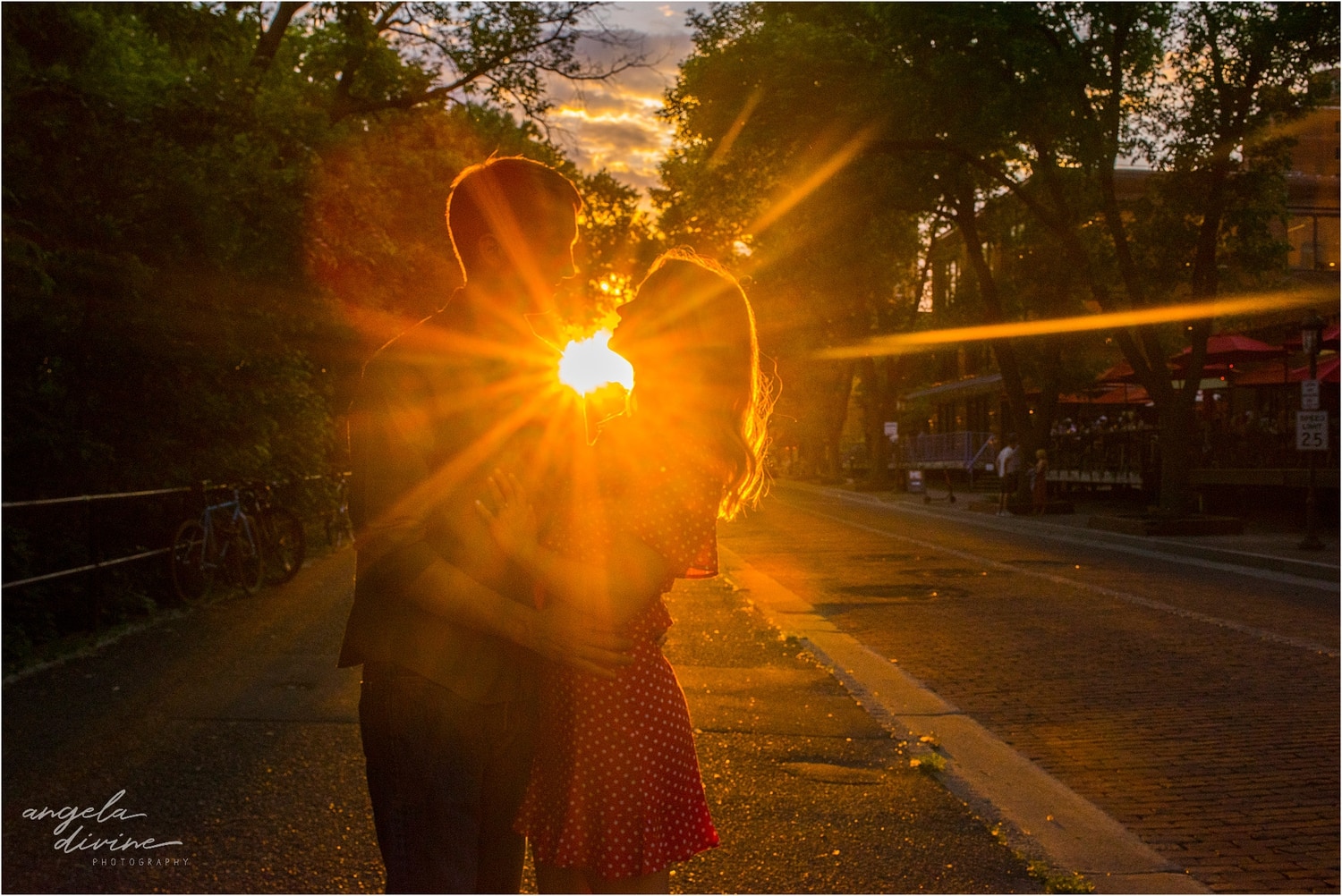 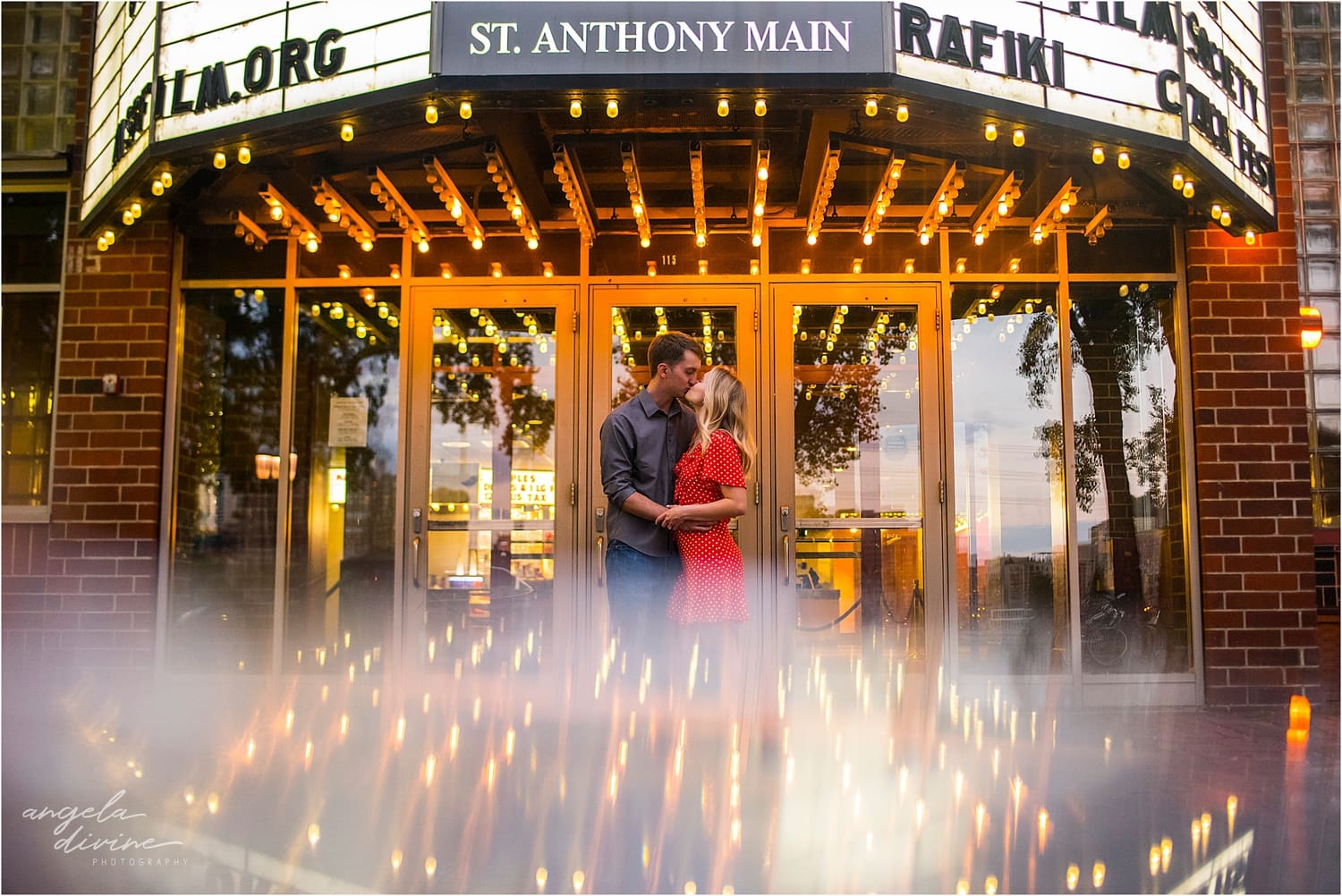 Are you a sucker for the Minneapolis skyline? Me too. Here’s another one of my favorite sessions that shows off Minneapolis’s beauty.
https://angeladivinephotography.com/mill-ruins-park-engagement-session/ 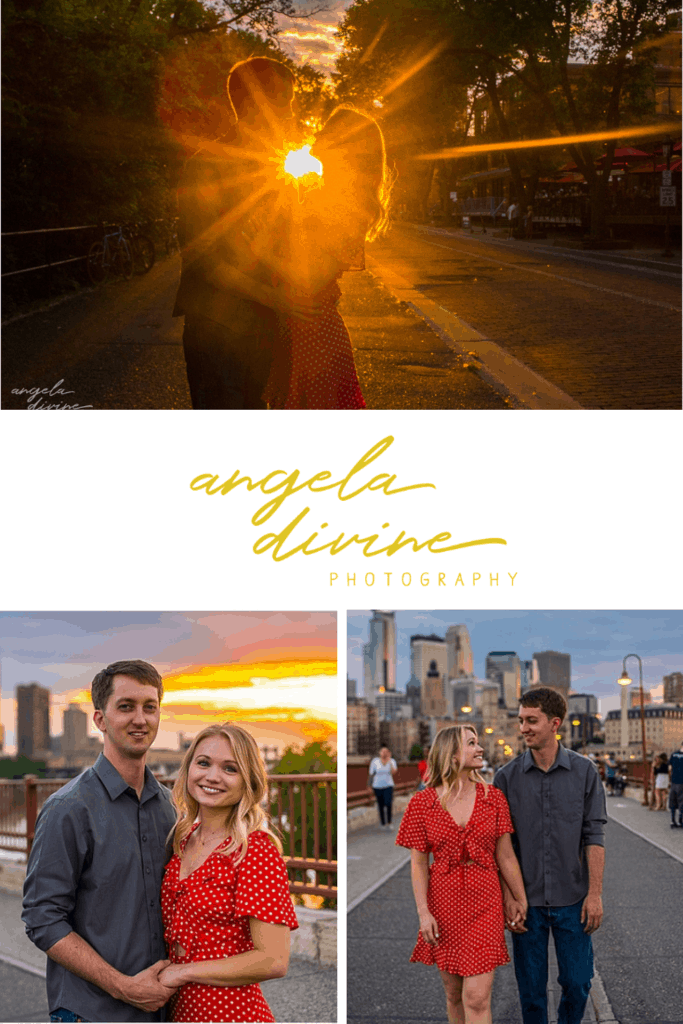