Our trip to San Fransisco, California started with a text between two friends.  My dear friend, Steph Easty, was turning 28 on the 28th of December, and wouldn’t you know that our favorite band, Sound Tribe Sector Nine, was playing a three night run in the city.  She asked me if my husband and I would be interested in joining her and her boyfriend on her golden birthday in the golden gate, and it took about five seconds before I replied something like, “Yes, Please!”  So the day after Christmas, we packed up our bags to leave the negative degree Minnesota temps and got on a plane to sunny California. 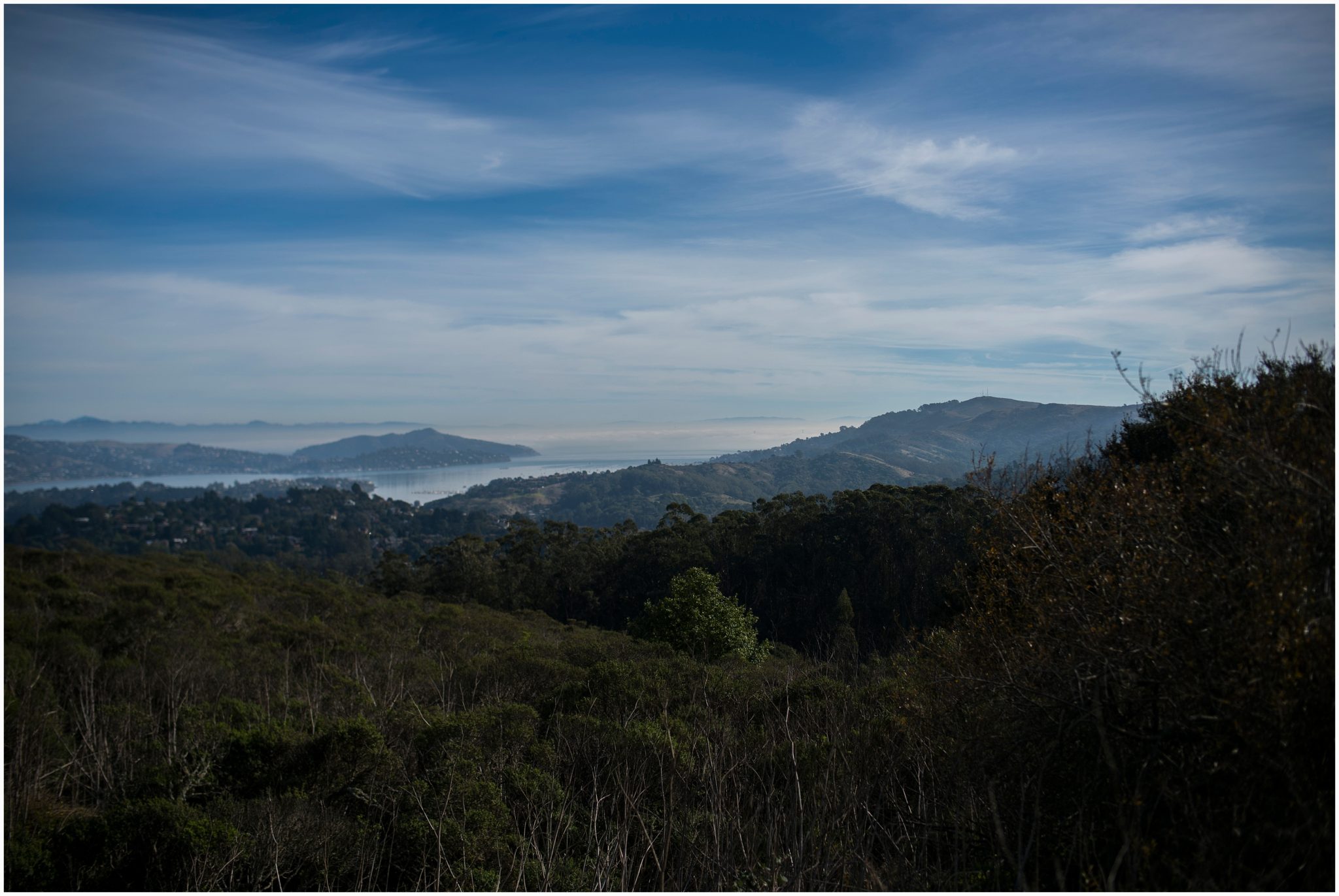 My husband and I flew together and landed much later than our friends.  We had a hotel room on Fisherman’s Wharf and shortly after landing ate dinner before crashing for the night.  The next morning, our friends grabbed a rental car and picked us up for an adventure in the redwoods.

Muir woods was our first destination.  We crossed the Golden Gate Bridge and drove on the one up a giant hill then back down through a valley to the National Monument.  The parking wasn’t as bad as we expected and we hiked into the park surrounded by fellow tourists.

We wanted to get further into the woods but also get away from people (sorry everyone) so we took a trail that went uphill and didn’t allow strollers.  As we climbed further up, it felt like everyone disappeared.  We were surrounded by massive trees, green moss, and the air was thick and sweet. 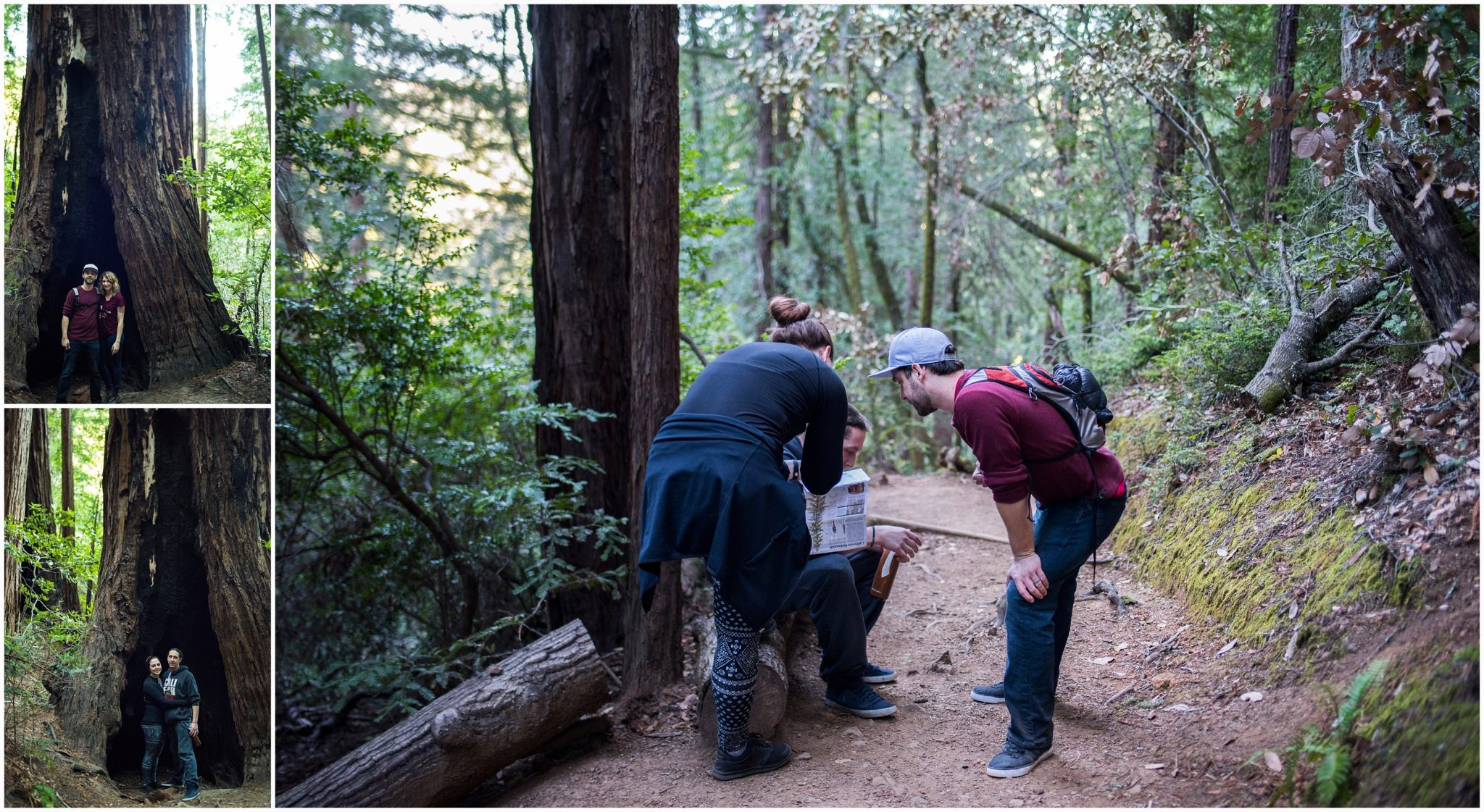 Hiking these trails has been on my bucket list for years, it was heaven.  The sun started to shine through later in the day making every step feel warm.  We literally ended up on top of a mountain, the view was spectacular.  It was one of those perfect moments.

After about 5 miles, we came down from the mountain into the forest and spit out somewhere by our car that was thankfully filled with snacks.  We were all hungry and decided to head back to the city, drop of our car, and settle into our Air B and B.

On our way back, we stopped at a lookout.  It was insane trying to find a spot.  We winded up a hillside in rush hour traffic, of course one lane, with tourists everywhere.  Our poor driver was getting frustrated and we went to turn around in the round about and came back to an awesome spot with the view below. 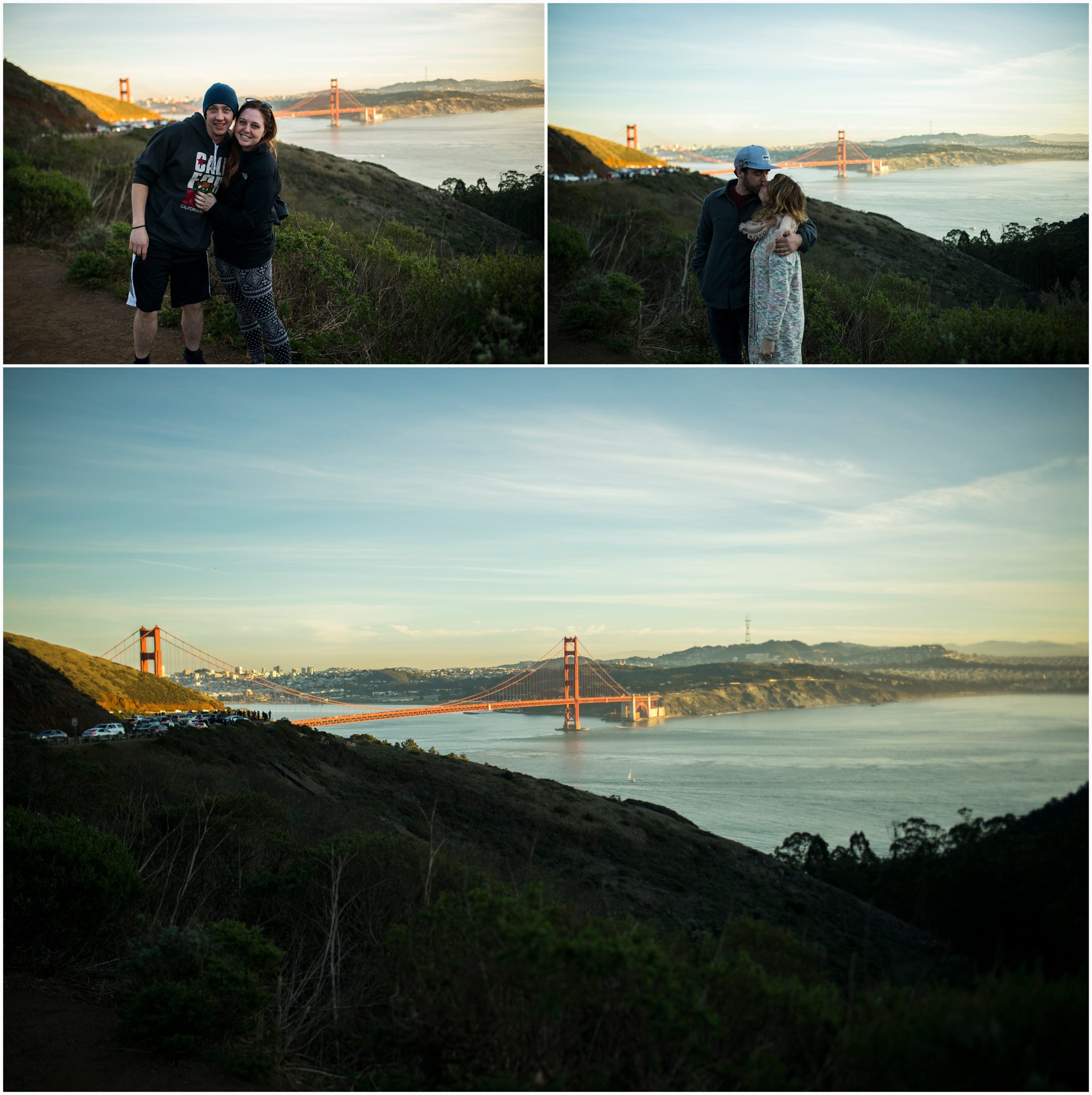 We caught the last end of the sunset from our car before settling into Potrero Hill for the week.  My tired feet didn’t keep me up past nine, so I was the first to bed and first to ride with this view the next morning.

We also visited Haight Ashbury, Berkley, China Town, and went to the Warfield for three nights of music.  I have a few more photos, but I’ll save those for another day.  San Fran – you have my heart.  I would so move here!  I should start saving now…..