Stephanie and Jon met in college at a house party.  Stephanie remembers Jon had just cut his hair and resembled Bob Dylan.  She was a little afraid to talk to him at first, but once her nerves calmed, they connected on an epic level.  They are getting married in just a few weeks which is why I wanted to share my favorites from their Minneapolis engagement session.

The day of, the forecast was hard to read.  It said it was going to rain at some point, but not until after sunset, so we met at Boom Island Park to start their Minneapolis engagement session.  The sun was still out as we pulled up, but in the distance, it looked like rain.  The sky was turning a greenish yellow with a hint of gray, so Stephanie and Jon jumped out of their car and stood against the ominous sky.  Thankfully, they had grabbed a few umbrellas because it didn’t start to rain, it started to pour.  Of course, this made for some great photos and we took full advantage of the opportunity to make the rain light up.

A little soaked, we changed plans and headed to the Guthrie Theater to take shelter.  It was about to close, so we moved quickly.  Stephanie and Jon switched into dry clothes and took the elevator up to Dowling studios to watch the storm from the yellow room.  The clouds had turned dark, which gave the room an eerie glow, once again, making for some dramatic and romantic photos.

After jaunting around the Guthrie, it was time to leave and the rain had softened.  Stephanie and Jon didn’t mind getting a little wet one last time for some night time shots of the stone arch bridge and skyline. 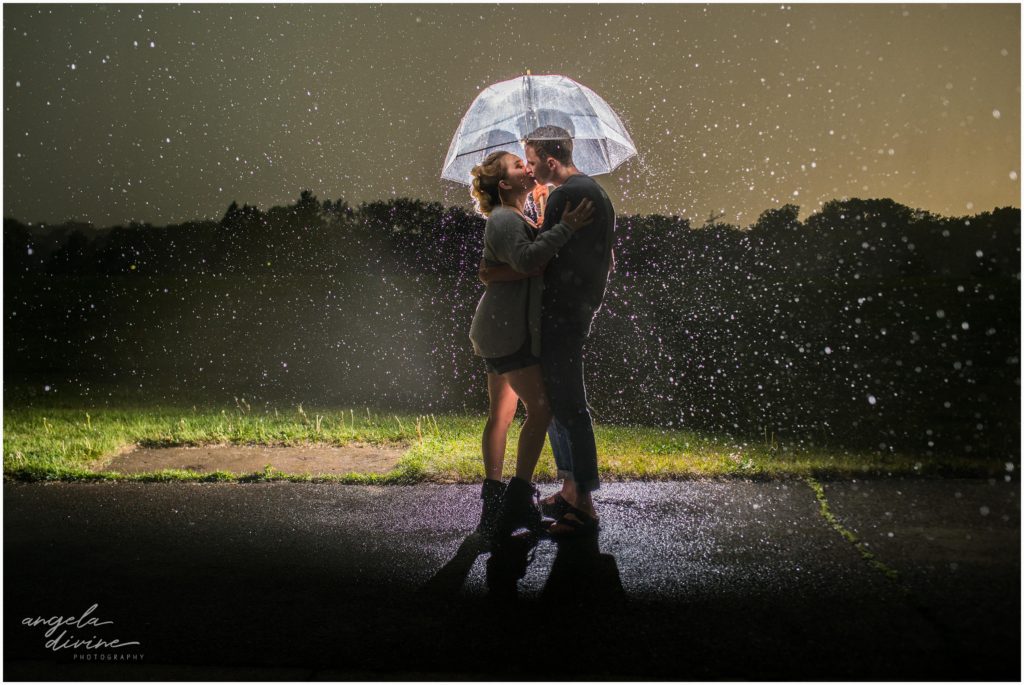 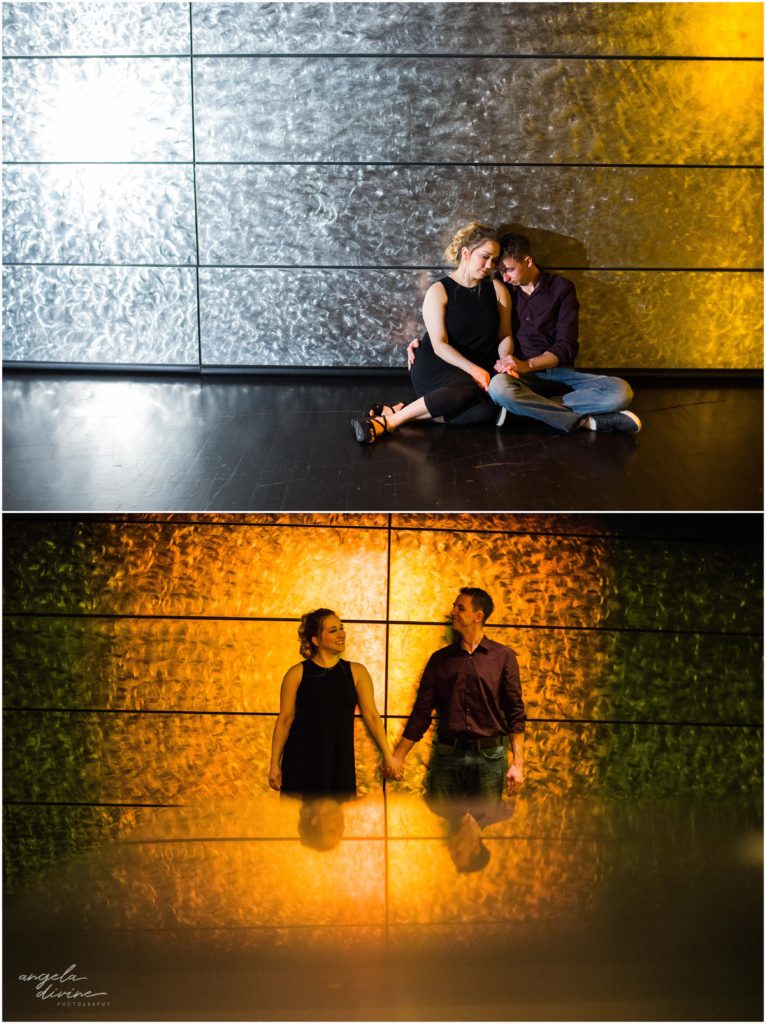 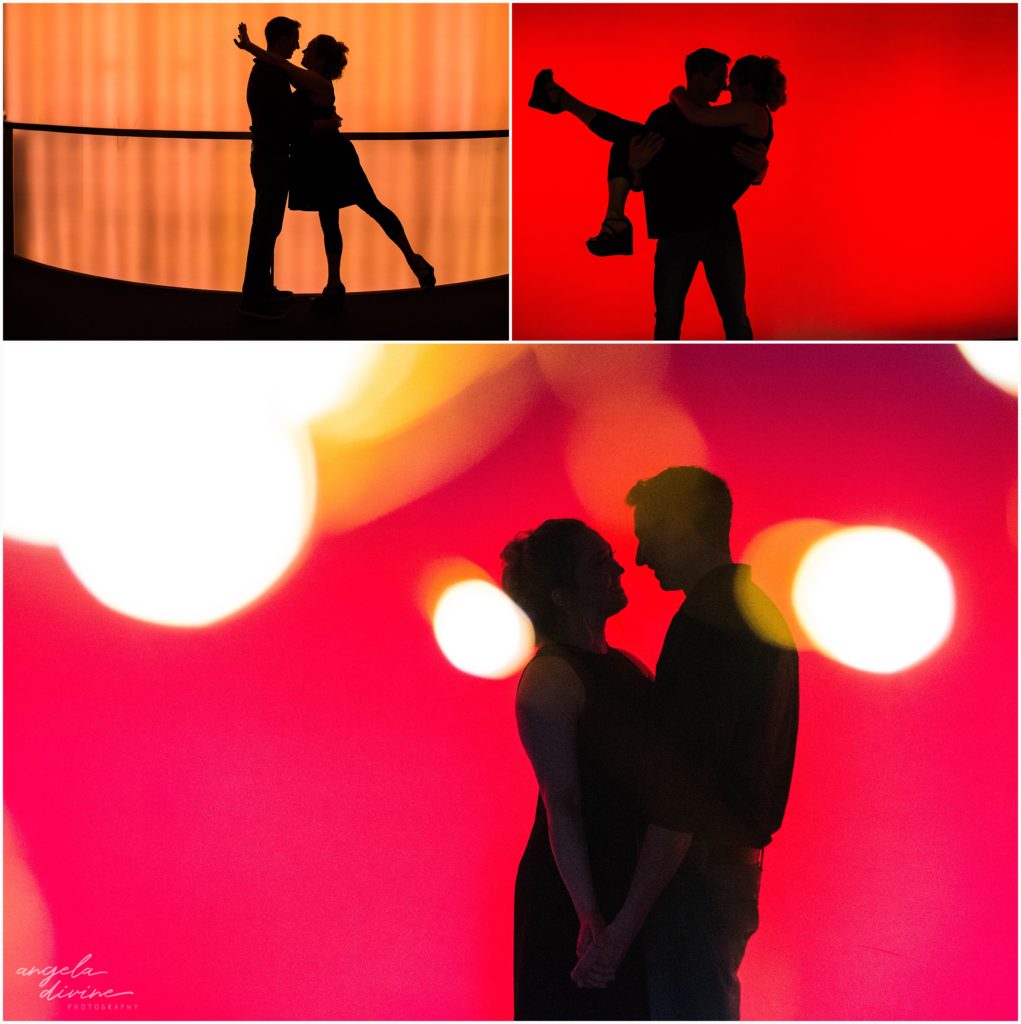 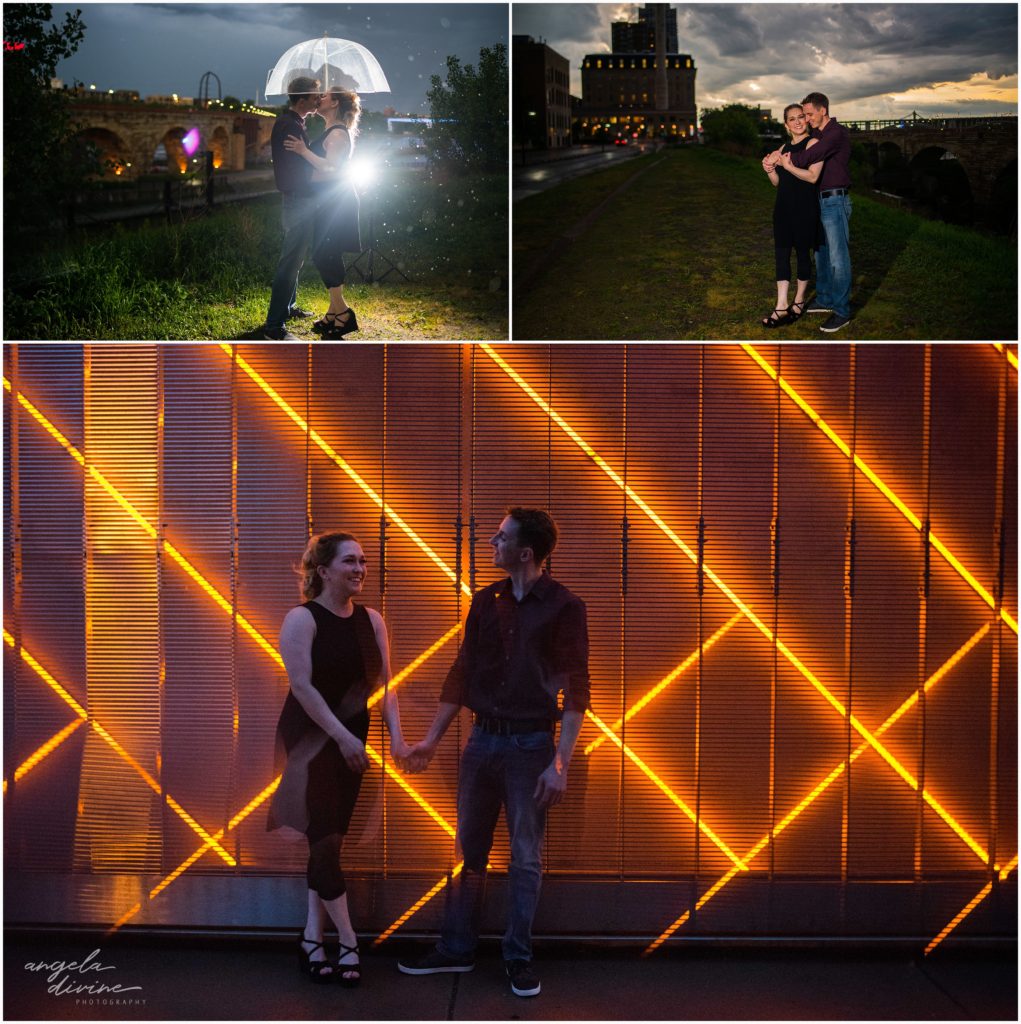 The weather can make for some magical moments if you aren’t afraid to take advantage.  I always am down to play in the rain and here’s a wedding day from a very long time ago where we did just that.