Lyon and the French Alps

We had a long drive to the Alps, so after waking up early, we hit the road.  We decided to hit up a town called Lyon on our quest to break up our day, and I am so glad we stopped because it had the prettiest church I have ever seen!
The Basillica of Notre Dame is mindblowing.  Floor to ceiling detailed tile work, gold embellishments, it was stunning, and very popular.  The catacombs downstairs also had some beautiful sculptures and tile work.
After visiting the inside of the church, we walked around where we could see a view from the top of the entire city.  It was beautiful looking down, and looked a lot like Paris- it has a river that runs through the center and a ferris wheel.  The one thing we really noticed from the view is the amount of air pollution- it looked like a cloud that hovered just above the city line.  Besides seeing it, the pollution also had an effect on our car.
We got back on the road, and of course it was rush hour and the tunnel that we needed to take was closed, so we sat in Lyon for while.  Once we were able to open up to the highway, our car was acting weird.  Tom was flooring the gas, but it wasn’t speeding up.  We got into the truck lane because we were going 50km in a 90km zone, and got off the highway because our engine light was now on.  This is brand new car- a fiat- diesel that had 44km on it when we rented it.  We took some time at the nearest truck stop to examine it, but also turned the car on and off to see if that changed anything.
After a bit, we got back on the road, and the car was doing better…. but the engine light was still on and it was still acting weird.  We crossed our fingers and toes just hoping to get to Les Houches in the Alps. 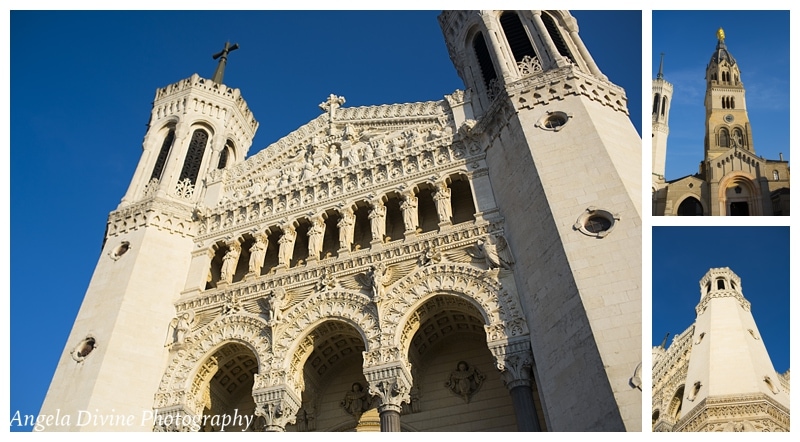 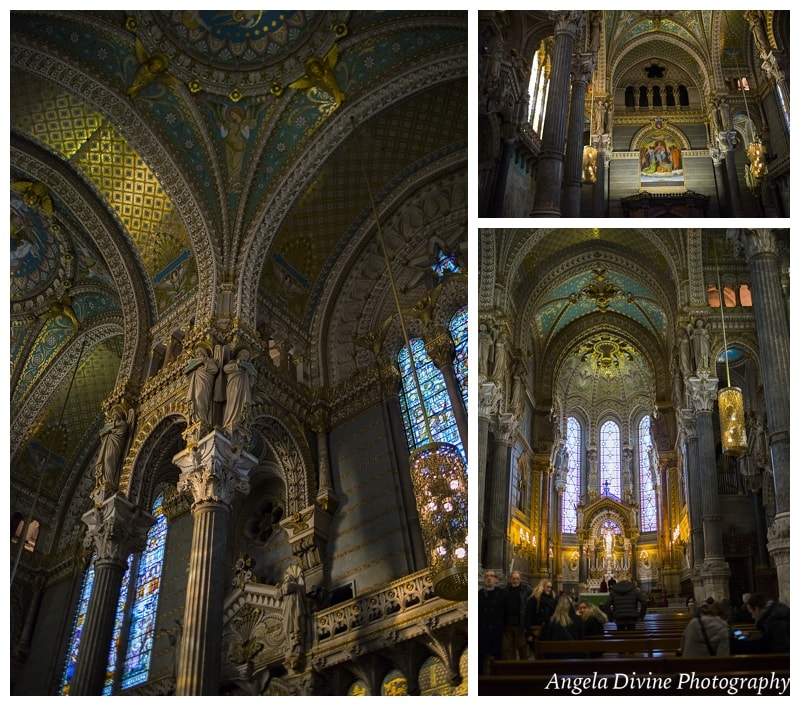 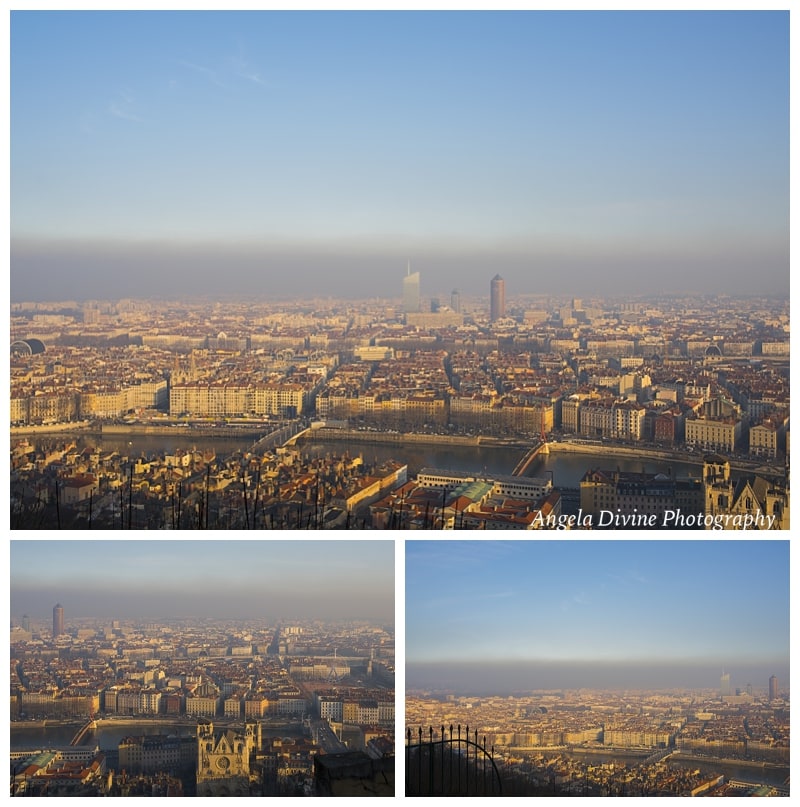 As we climbed the mountains, the sun began to set.  Due to our car issues, we were arriving 2 hours later at our Air B&B than expected, and of course, the phone number on their listing did not work.  We got to town to discover our lodging was at the top of the steepest hill in town.  Naturally, our car wouldn’t make it up.  After several attempts, we parked the car and walked a mile up this steep hill to find our accommodations.  At this point, we thought it was over, we weren’t going to find it or make it there tonight- maybe it was time to book a hotel.
We gave it a final look around, and as we walked by a cabin someone came out and I used my traveler’s French to say I am lost, we are looking for this address.  Thank goodness it was our hosts!!!  They were kind enough to drive us down the hill to our car so we could get our stuff.  It was now 1030pm, and we were finally able to cook some dinner, drink some wine and settle in for the night.

We woke in the morning to the view above- it had been worth all the trouble.  After breakfast, we headed do Chamonix to cross one off our bucket lists.  The Grand Montets is known as one of the best places to ski in all of France, if not the world.  We had finally arrived, and I was grinning ear to ear.  We set down our gear and ran to the bathroom.  We were quick, there was no line, and within a matter of minutes I came back out to discover my skis were gone!  My heart sank into my stomach, I panicked and started running up the hill to the chair lift, yelling someone took my skiis….as if that was going to help.  After talking to the all the people, they all agreed on one thing- I was screwed.  They didn’t say it that way, but with a stronger word, even the police used it.  I couldn’t believe what was happening- how could this trip be ruined before it even started?  The only solace was there was a pair of skis that were still leaning against the wood right where mine were.  They weren’t the same color, brand or size (much longer and much cheaper) but my boots strapped in and we deduced that someone had accidentally grabbed the wrong skis.   Our only hope was to find this person on the mountain and hopefully switch back.

These skis were the worst, they were so heavy, so big, I couldn’t believe that someone hadn’t noticed they had made a switch.  I was hell bent on getting mine back.  Tom saw my same pair on a woman that had the sticker from the same place we had rented our skis.  He was right, they were the same pair, same size, color, brand and shape and from a place 15 minutes out of town?  I had to ask her.  I skied up to her and explained myself and the situation.  I asked her if she was wearing the right skis and she and her friend told me they had been skiing for several days and she had just taken them out of her locker.   Disappointed, we skied on, looking for my pair while enjoying the slopes.

It was time for lunch and as we stopped by the main lodge to grab a bite, I saw a pair of skis just like mine, same color, size, brand and place.  I went into the lost and found office and the really nice guy at the desk was able to call my rental place and get the bar code number.  He was just as astounded that someone had literally swapped skis -not same color or brand- with me and still had no idea.  With number in hand and butterflies of hope in my stomach, I walked back out to hopefully identify my skis and both pairs were gone!!!  I was ready to cry, I was ready to leave.  I walked to the table my husband was sitting with our burgers, fries, and beers with my head down, but he had the best news- he had my skis.  I was elated, I just wanted to give him and my skis a hug.  I confirmed the number and it was time to celebrate!  Finally!  Short version of what Tom had been through- the same lady we saw on the mountain before came back and grabbed the other pair of skis (her original ones that she had swapped) and told Tom that she had been on them all day…….. wow.  Best part- she’s American.  The rest of our time in the Alps was nothing short of perfect.  I had to keep pinching myself because it didn’t feel real.  The views were spectacular as the slopes wove us around the mountainside.  Despite the bumps we hit in the road, the Alps were more than worth it. 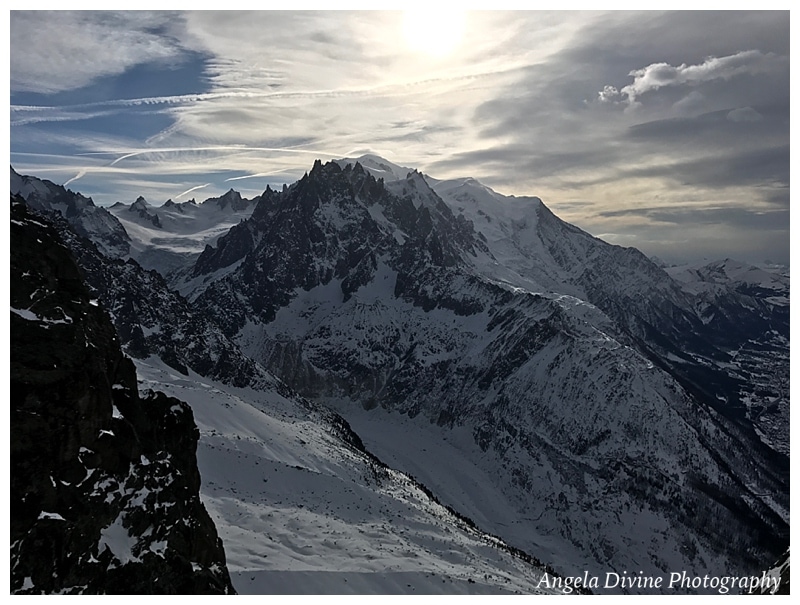 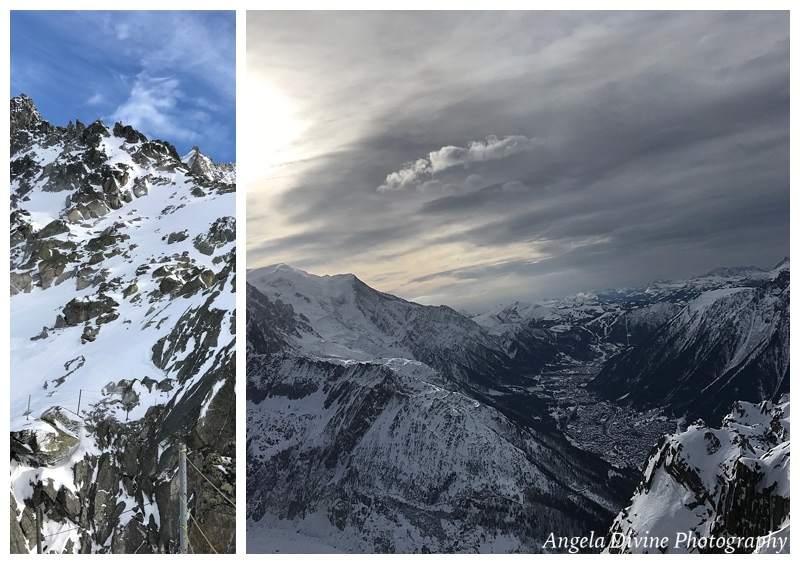 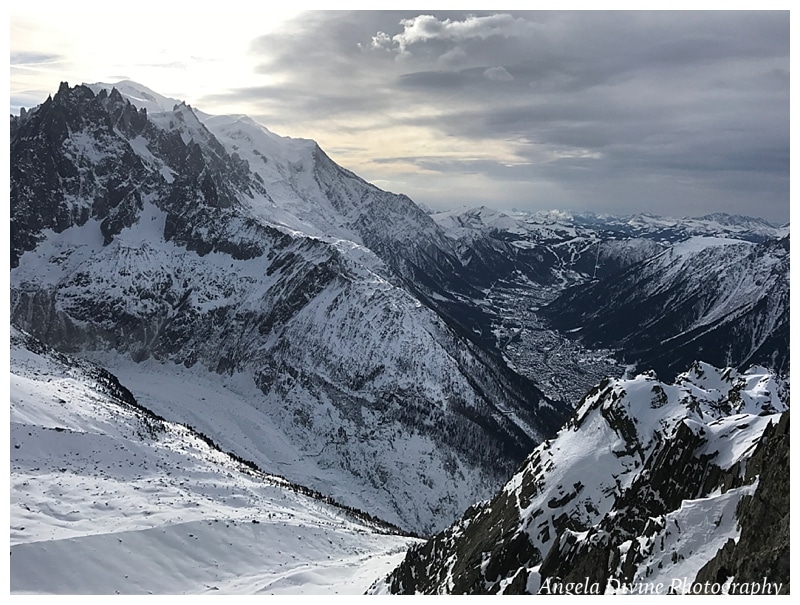 Ending our trip here was bittersweet, I could have just moved in there.  One thing that I took away from our experience was how kindness translates to every language.  Despite our ability to speak French, everyone was extremely friendly and helpful, even when we were lost or late.  The kindness of strangers in France is a reminder that no matter how crazy the world is, especially right now, people are kind, especially when you put that intention out there.  I will head back to France one day.  Next time, I would love to go in the spring or summer, then just stay all year until it’s time to head to the alps. 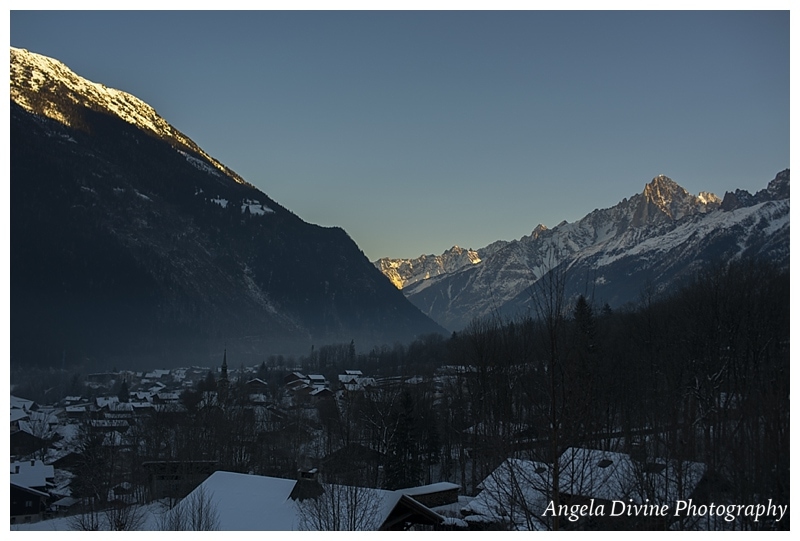 Want to see the whole trip?  Here are parts 1 and 2