Stephanie and Jon met in college at a house party.  Stephanie remembers Jon had just cut his hair and resembled Bob Dylan.  She was a little afraid to talk to him at first, but once her nerves calmed, they connected on an epic level.  They were marred at Jimmy’s Event Center in Vadnais Heights this summer surrounded by their closest family members and friends and wanted their wedding to feel relaxed but also memorable.

Before heading to the venue, Stephanie and Jon wanted to take some photos in downtown Stillwater.  We met in a parking lot by the river, and the timing was impeccable, it had just stopped raining.  We left our umbrellas in the car and strolled along the river side.  Stephanie’s cousin joined us for the walk and helped hold her flowers and white satin heels as we avoided the puddles.

Pinned to Stephanie’s flowers were photos of those they had lost, including her father and dog.  It was a great way to glorify their memory.

After our walk around downtown Stillwater, we parted ways to meet at Jimmy’s Event Center.  The gazebo was adorned with lights and eucalyptus.  Their families and friends took their seats, and eagerly awaited the start of the ceremony.

Jon was first down the aisle, then Stephanie was walked down by her mother and one of her brothers.  Stephanie’s other brother was their officiant, and he did a great job of sharing not only about how important marriage was to Stephanie and Jon, but also told some funny stories about the couple.  Stephanie and Jon are silly and so sweet, and their ceremony embodied their true essence.

After the ceremony, their guests mingled during social hour which flowed right into dinner and then dancing.  Stephanie works for a dance company, so let’s just say their guests knew what they were doing on the dance floor.

Before my time with them ended, Stephanie and Jon had their guests gather outside for a sparkler send off.  Guests of all ages held their sparkler high into the air as the couple strolled down the aisle then shared a kiss.

Stephanie and Jon- it was been an absolute pleasure getting to know you both!   You two have hearts of gold- so fun yet so sweet and kind.  You two are meant to be and it was so great getting to know your talented friends and family on your wedding day!  Wishing you both nothing but years of happiness! 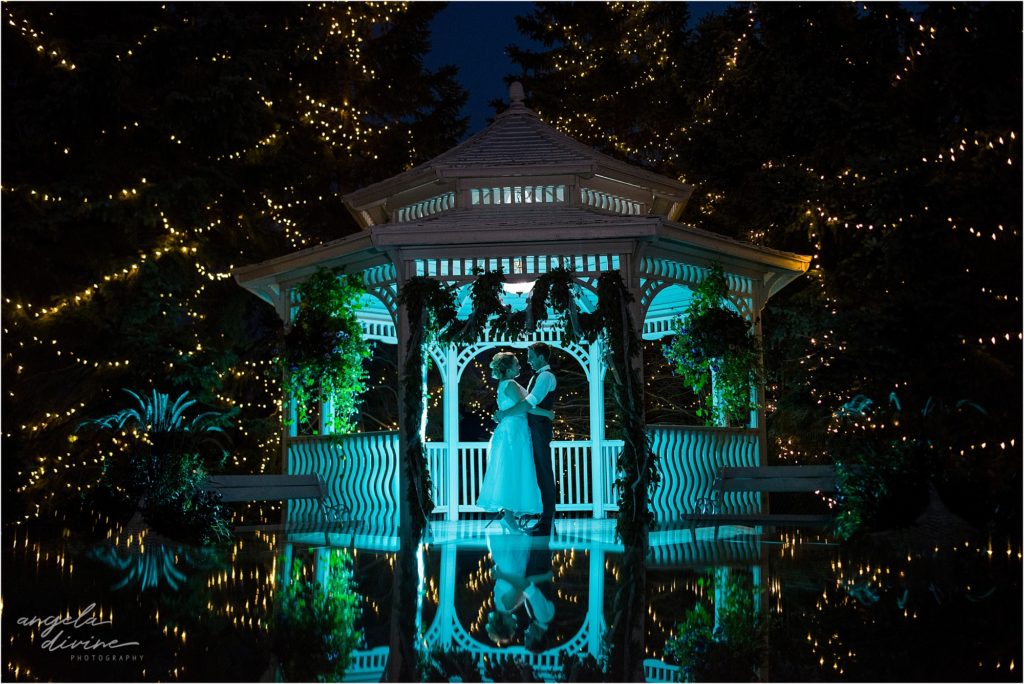 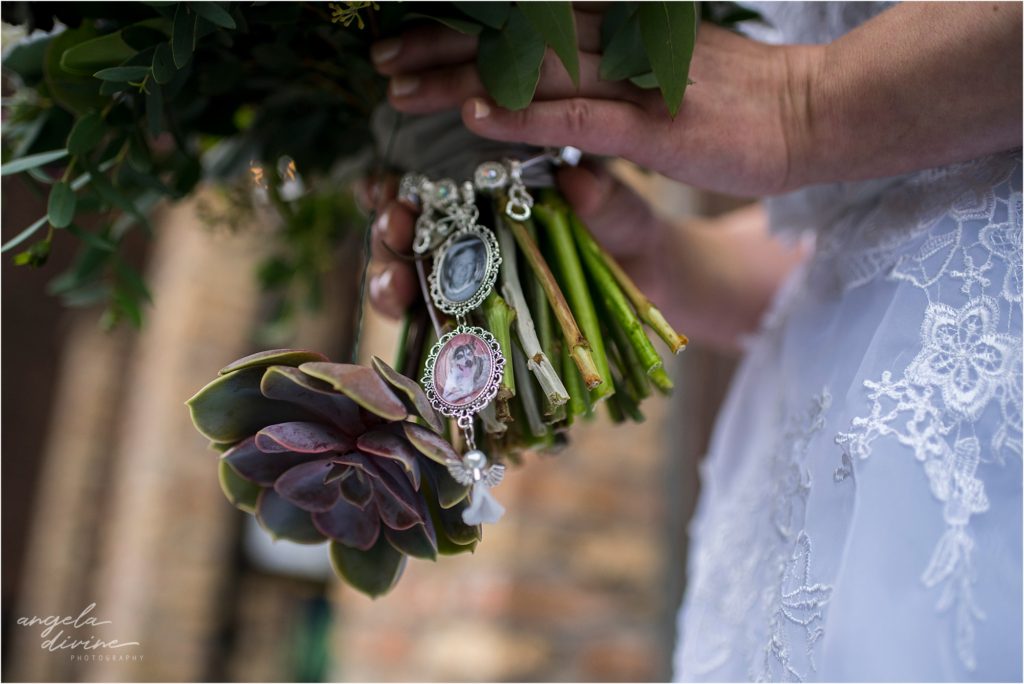 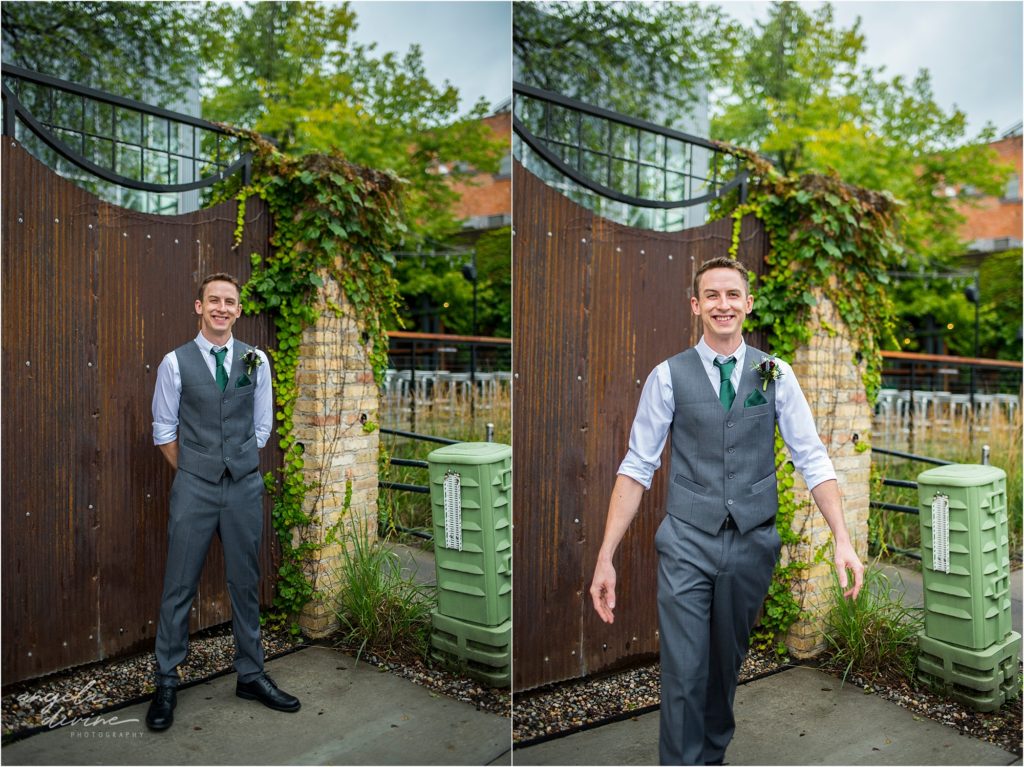 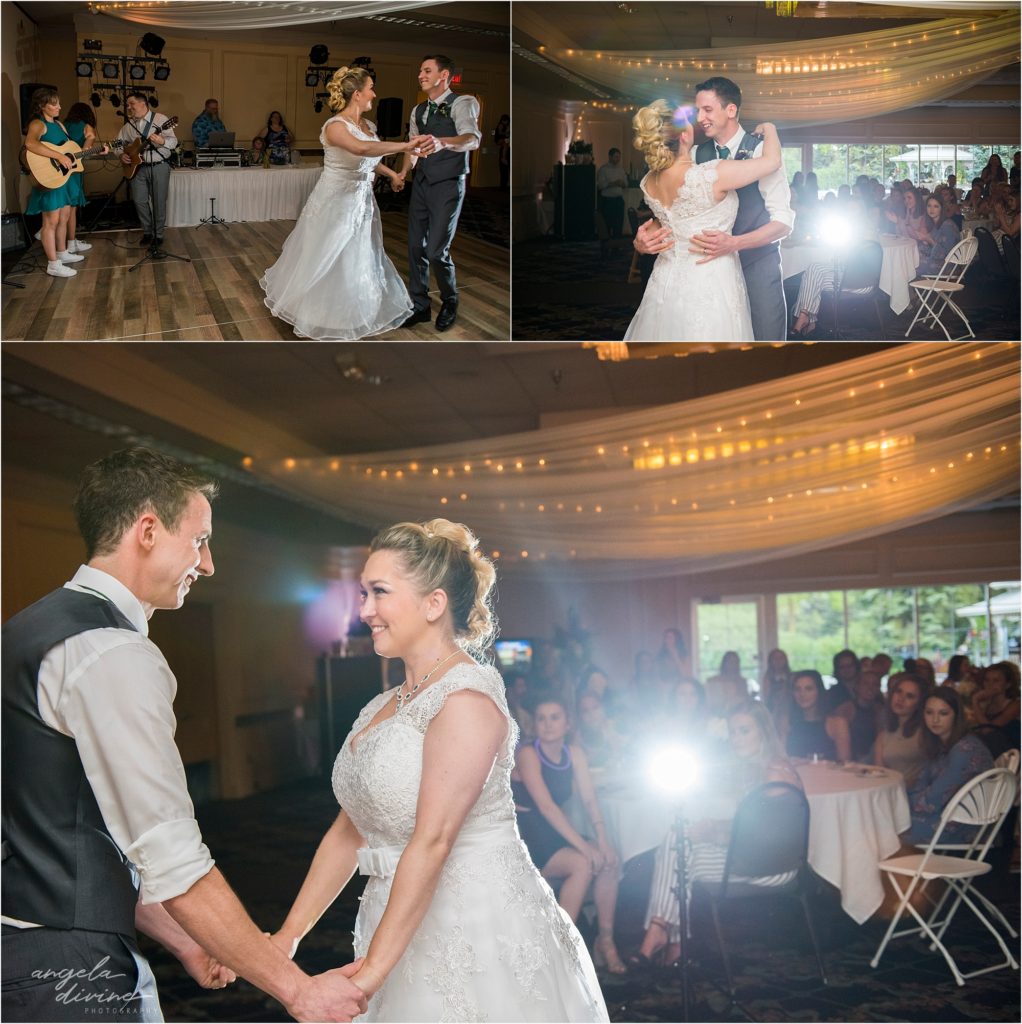 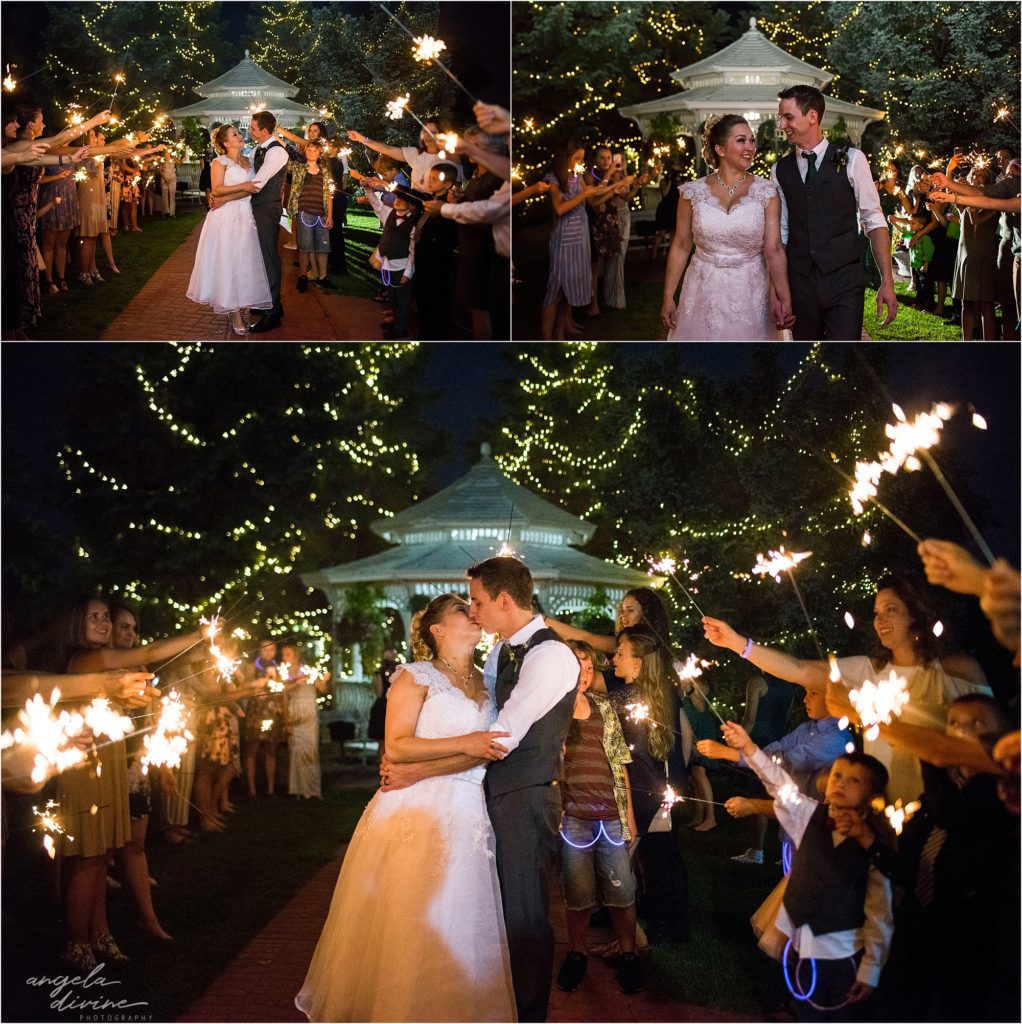 Want to see more of Stephanie and Jon?  I always do.  Here’s their rainy engagement session –