It’s a good thing I love my job, because this time of year I work all day every day.  It’s sometimes hard for my family and friends to understand why I can’t come to their events or why I don’t want to go out.  I’m truly exhausted and when I get any time to myself, I want to be with my husband and my dog Zelda in the woods.  This weekend, I had about 16 hours off of work, so I planned a small over night to Whitewater.  I imagined us getting up there late, starting a bonfire, sleeping under the stars then the next morning, after coffee and eggs, hiking until we had to leave for the cities since I had to work.  Well, unfortunately the weather did not cooperate, and we had to cancel.  A bit devastated, we settled on an early Sunday day hike.  We didn’t want to travel too far since I had to be back to Minneapolis by afternoon, so we went to Frontenac State Park in Southern Minnesota. 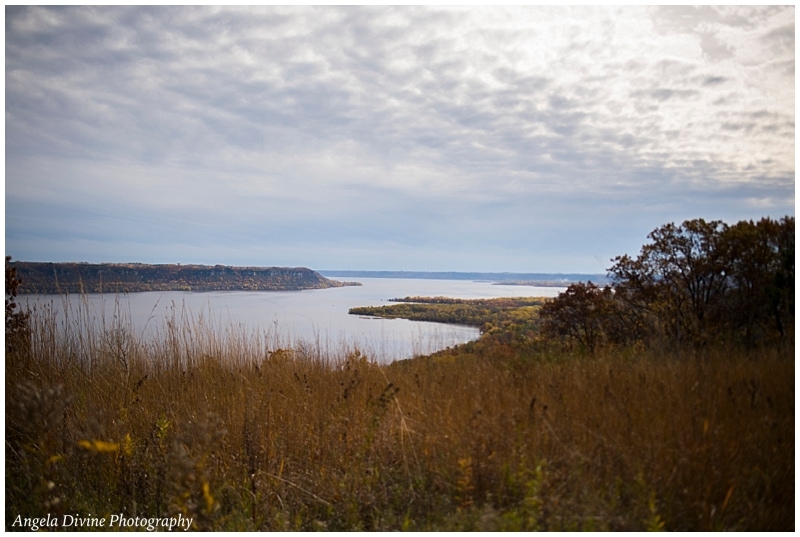 Frontenac is about an hour in change from the cities.  It wraps around the bluffs which make the views breath taking.  We arrived when there were about five cars in the lot and started with the lower bluff trail hike.

This hike starts with a decent down into the bluff that’s pretty intense- there are a few stairs and rocks.  Not the easiest getting down, or back up for that matter, but very beautiful.  The path takes you across the bluff through a forest which was golden thanks to the fall leaves.  You can off road the trail and go down further toward Lake Pepin, but we stayed on the trail and eventually made our way back up where there were beautiful views and look outs. 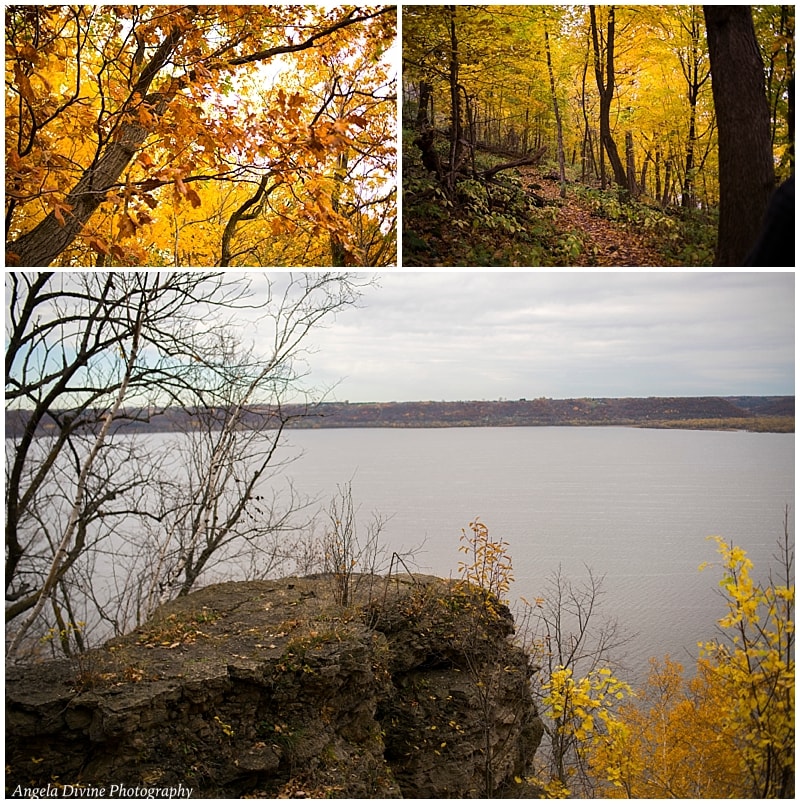 We decided to take a break after the 3 plus mile hike for lunch and found a picnic bench overlooking the lake.  The park was now getting crowded.  Hoards of children and families had a similar idea and were unpacking their picnics.  As I mentioned, I like to hike because it gets me away from the world, so after lunch, we packed up and drove our car to another side of the park for the Sandy Peak trail.

This trail again lead us through the forest but to the beach.  The water has been so high that we couldn’t jet out into the lake as we expected, but we still found a couple places to rest and look at the red trees across the water.  My husband told me the beaches are built up from farm run off and there are some new bills that will be proposed to create a “buffer zone” so Lake Pepin stays as deep as it is.  It’s currently so shallow that they have to dig for certain barges to get through.

We made our way back to our car after a nice half day of hiking.  It was great to get out in the fresh air, but I’m still a little bummed I didn’t get one last weekend under the stars.  I’m hoping we will rent a yurt this winter so we really can get a good sleep in the middle of no where.