Nicole and Mark have a classic college love story.  They met at a house party at St. Olaf.  Nicole was about to be a senior and Mark was an incoming freshman.  They started chatting and connected over their mutual love for playing hockey.  Their conversation was cut short by the cops who showed up and busted the party, so Nicole, Mark and some friends made their way back to Nicole’s place.  As their friends passed out in her living room, Nicole and Mark stayed up on kept talking on the couch until the early hours of the morning.  Fast forward to after college, these two are in it for the long haul.  They love Minnesota’s fall colors and some good old nature close to the city, so they choose the East River Parkway and Hidden Falls for their engagement session.

Despite the clouds, it was still a great temperature for the beginning of October.  The East River Parkway’s grasses and trees had just started to change colors, and the dry weather meant we would be able to explore the extent of parkway.  We made out way down the old wooden staircase to the river.  It was serene and quiet, except for the occasional “row” coming from the bullhorn of the U of M’s row team’s practice.

They started in jersey’s to represent St. Olaf hockey since they both played in college and wanted to homage to how they met.  After a few in the jersey’s the put on new clothes and we explored looking for fall colors.  Their wasn’t much left of the beach, so we stayed on their grassy knolls that overlooked the other side of the river.

The clouds started getting darker, so we headed to Hidden Falls Regional Park for the second part of their shoot.  Due to the thick grey clouds and the river road being under construction, the sun set before we were able to get to the falls.  It was dusk, but we still made our way to the back of the park and made our own light for pictures by the creek and the river.  Of course these ended up being my favorite from their East River Parkway Engagement session! 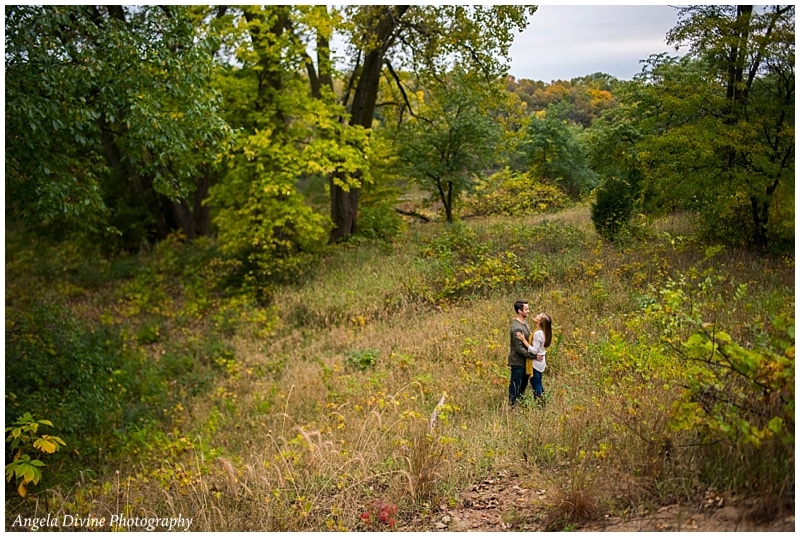 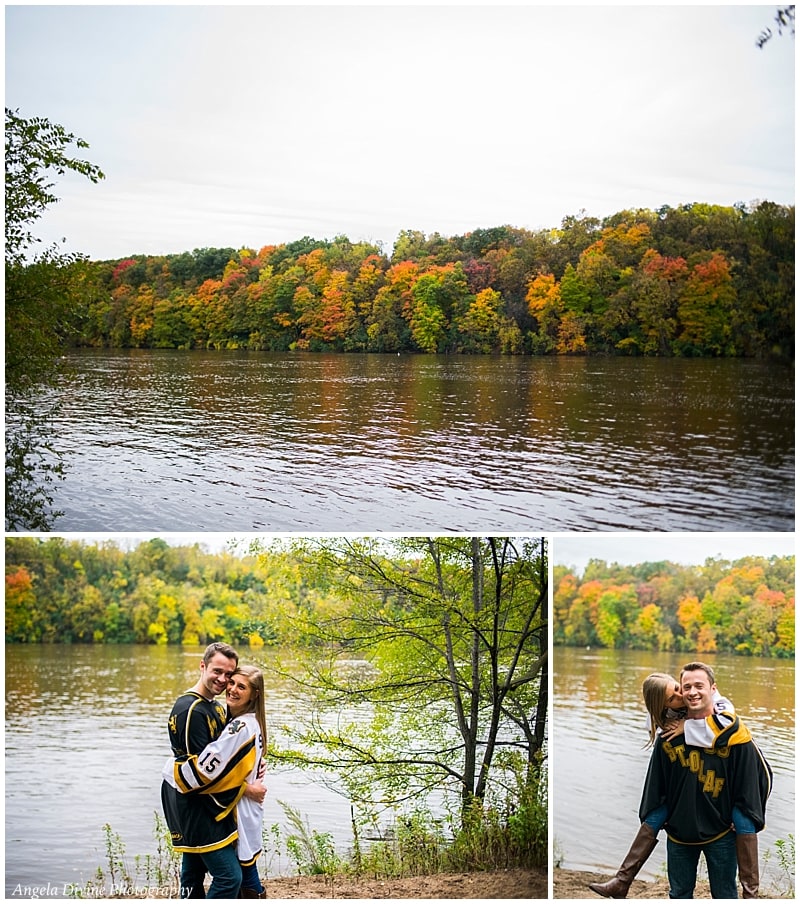 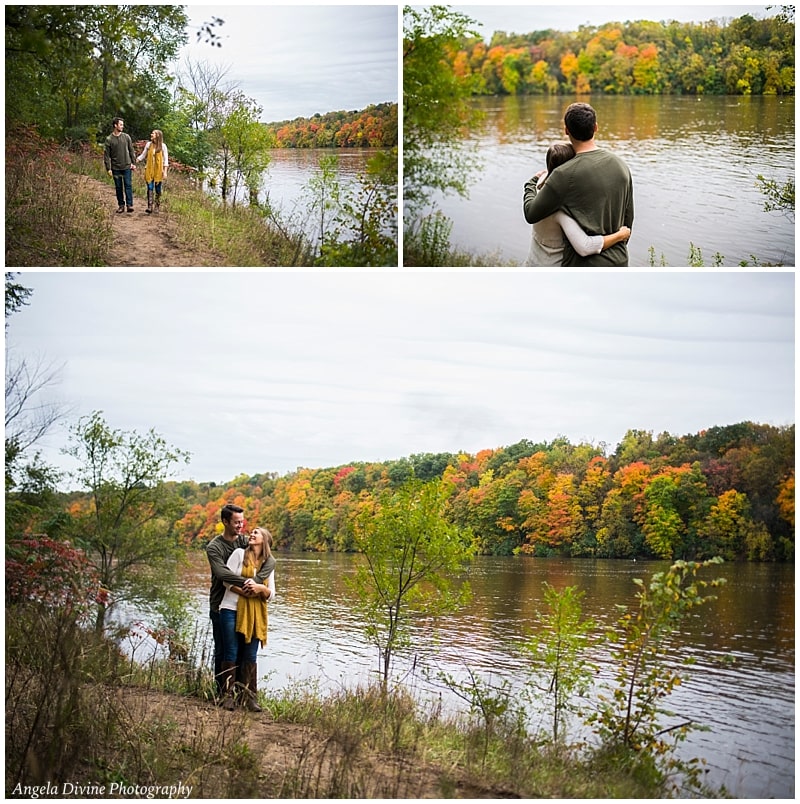 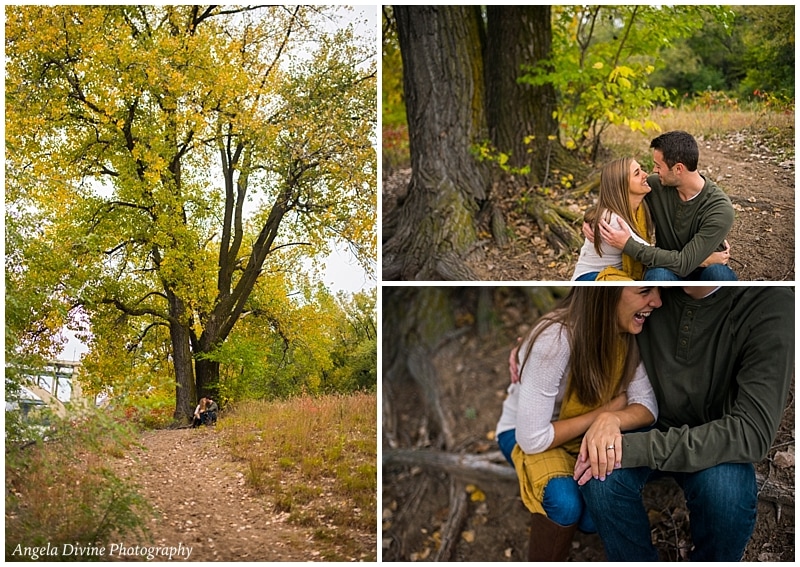