Sarah and Bryan Cook met online in September of 2012. After a few brief exchanges, they met for their first date at the Chatterbox in St. Paul. They felt like they were able to really be themselves in front of each other and from the beginning, things just felt easy. Six years later, they were married at Gloria Dei Lutheran Church in St. Paul, then hosted a reception at DeGidio’s Bar and Restaurant.

Both Sarah and Bryan appeared excited and a little nervous the morning of their wedding. They dressed in separate rooms in the Gloria Dei Lutheran Church surrounded by family and friends.

It was a warm, sunny October day, so they opted to do their first look in the outdoor courtyard of the church. Bryan’s eyes opened wide when he saw Sarah for the first time. She seriously looked like a princess.

After the ceremony, we snuck off to Irvine Park for some photos. The trees still had their orange leaves and the park was quiet. The setting sun made everything light up, and Sarah and Bryan were finally able to take a moment together on their day.

Most of their guests were already at DeGidio’s when they arrived. Friends and family members gathered together over Italian food (Sarah and Bryan’s favorite) sharing stories of how Sarah and Bryan have impacted their lives.

Aaron, Bryan’s son, stood up to toast the bride and groom. He shared how he knew Sarah was the one for Bryan right away by her compassion. He felt like she was right for his father from the beginning, and he was elated that they finally were making it official.

Dinner ended, and the dance floor opened to some great 80s hits. Before our time together was done, we snuck off to the front of the building to capture one last photo in front of DeGidio’s.

Sarah and Bryan- It was a PLEASURE getting to know you both. Bryan- your sense of humor cracks me up. Sarah- you are so kind; you are a treasure. I am so happy for you both, you make a great team. Nothing but love to you both as your marriage continues. I hope we cross paths again soon! 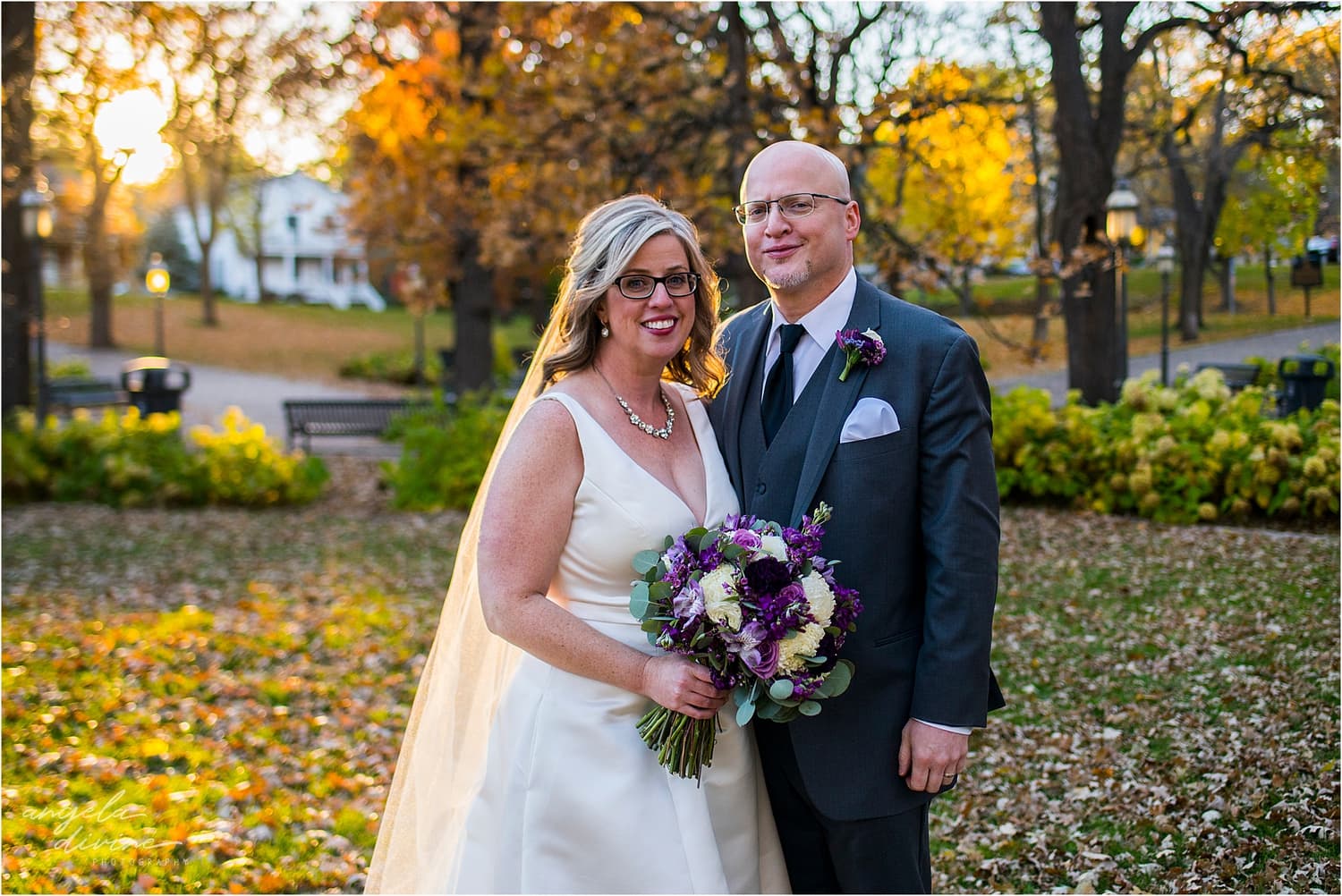 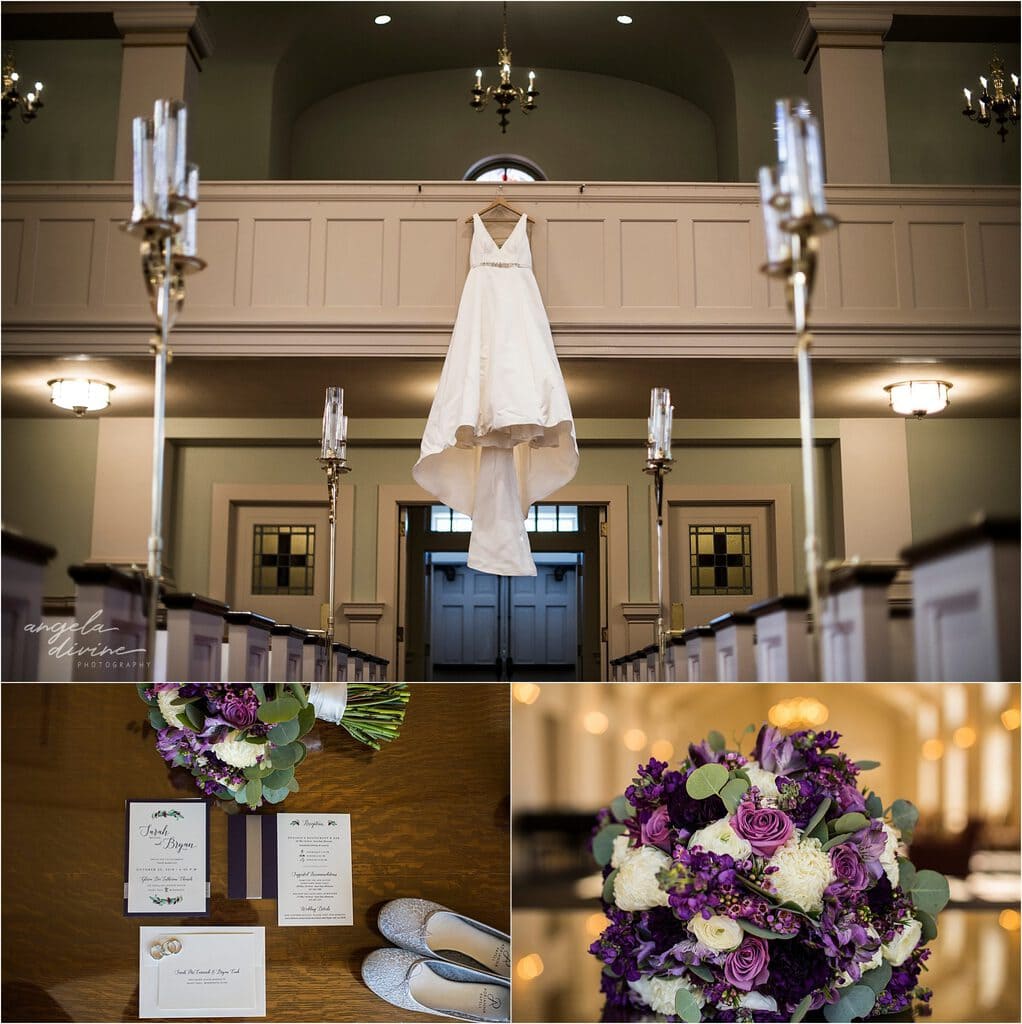 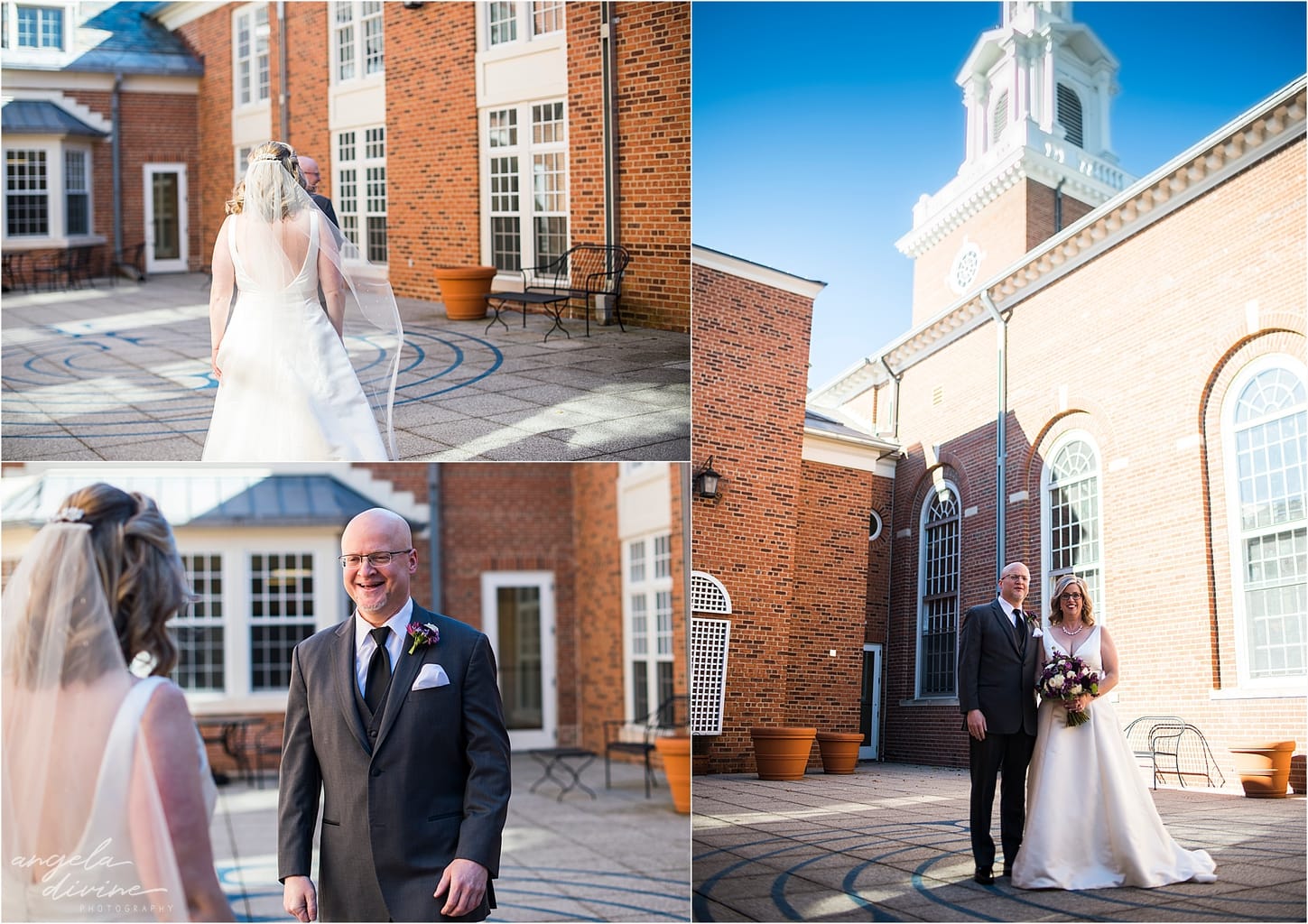 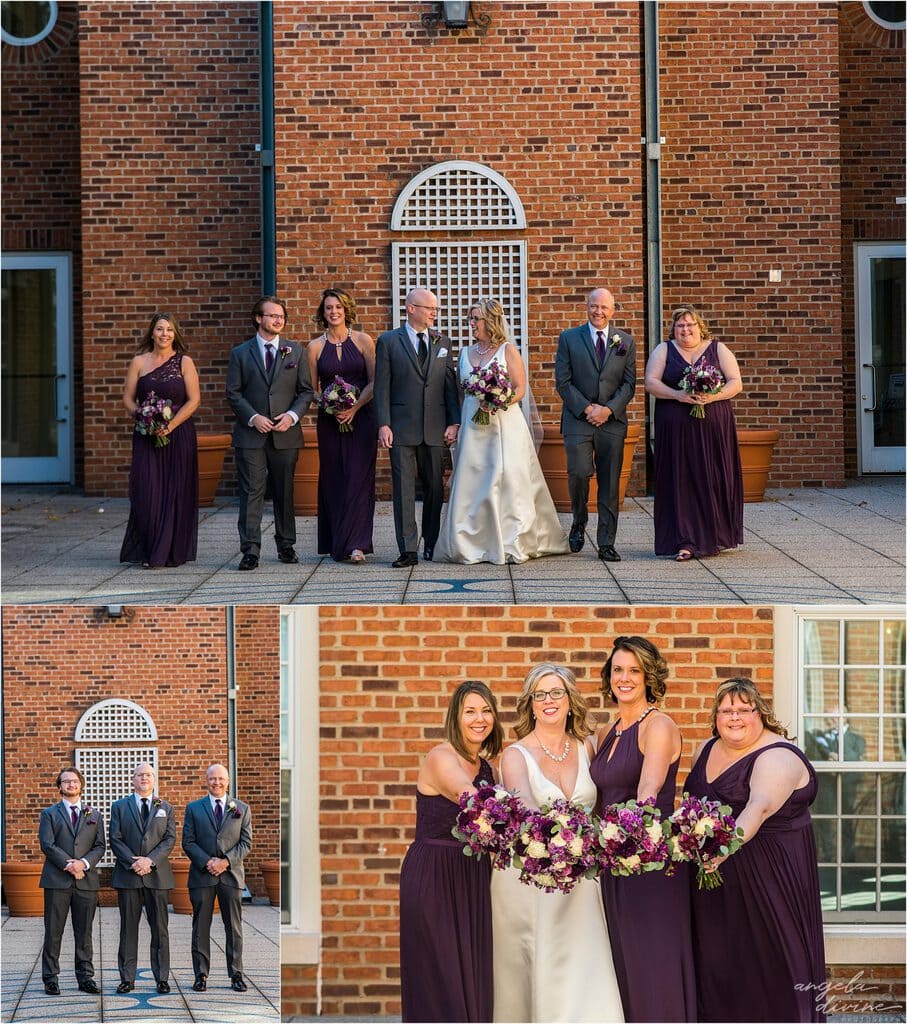 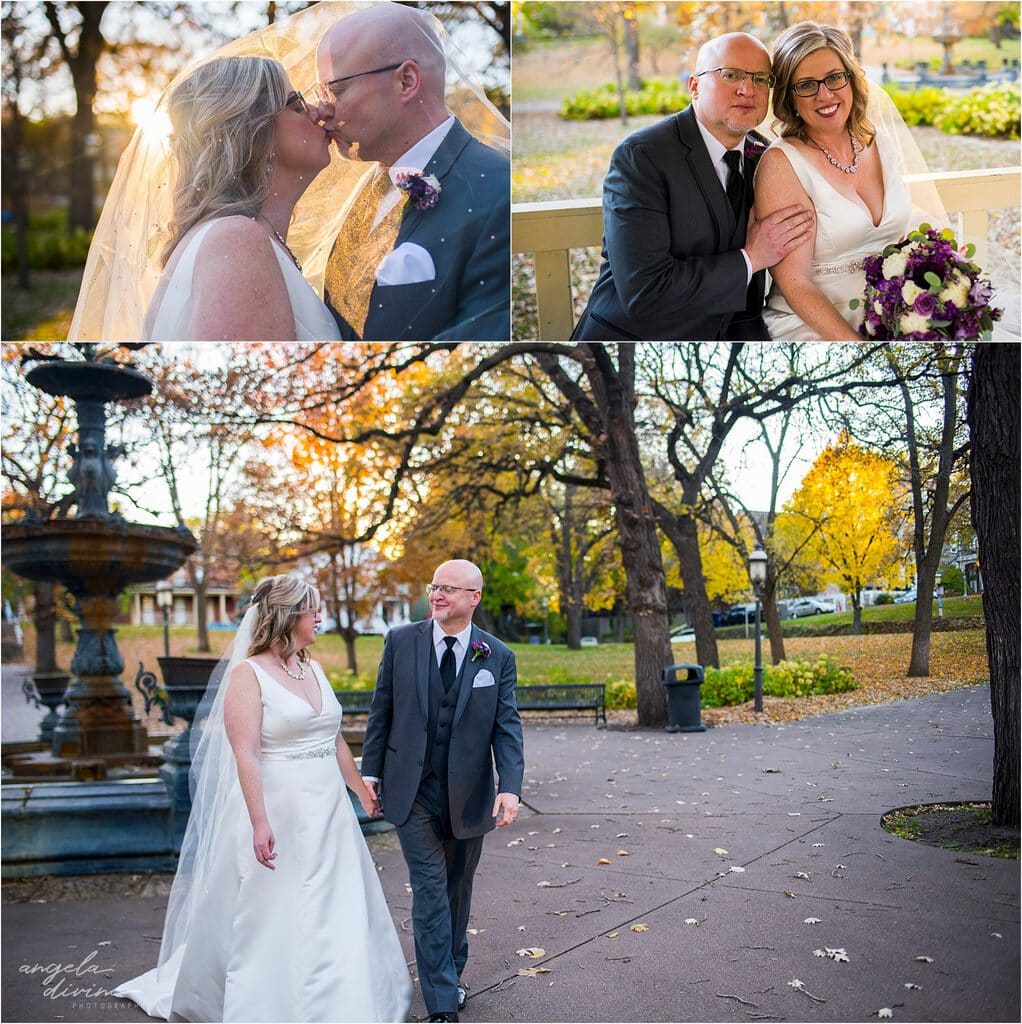 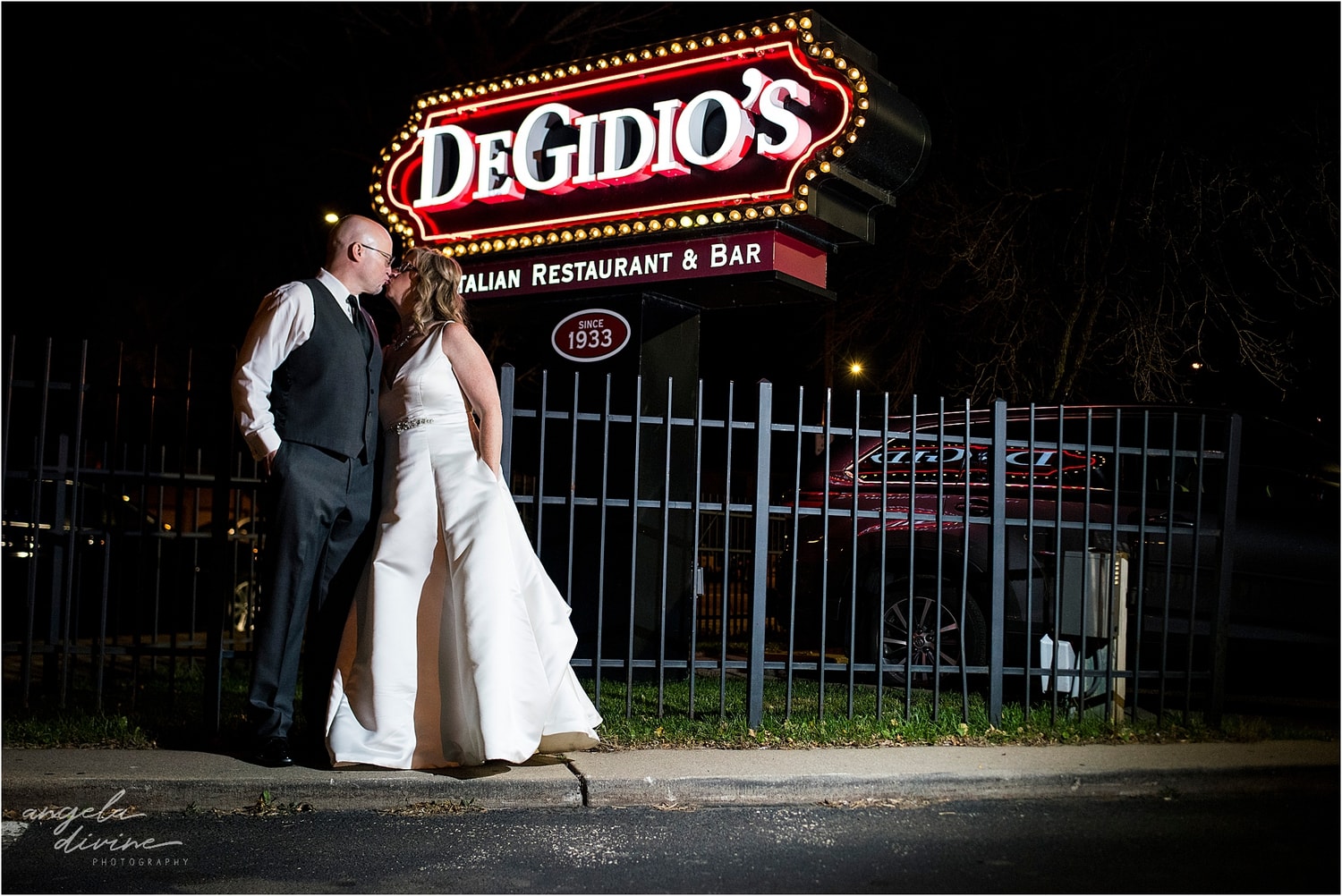 Want more of Sarah and Bryan? Here’s their engagement session. 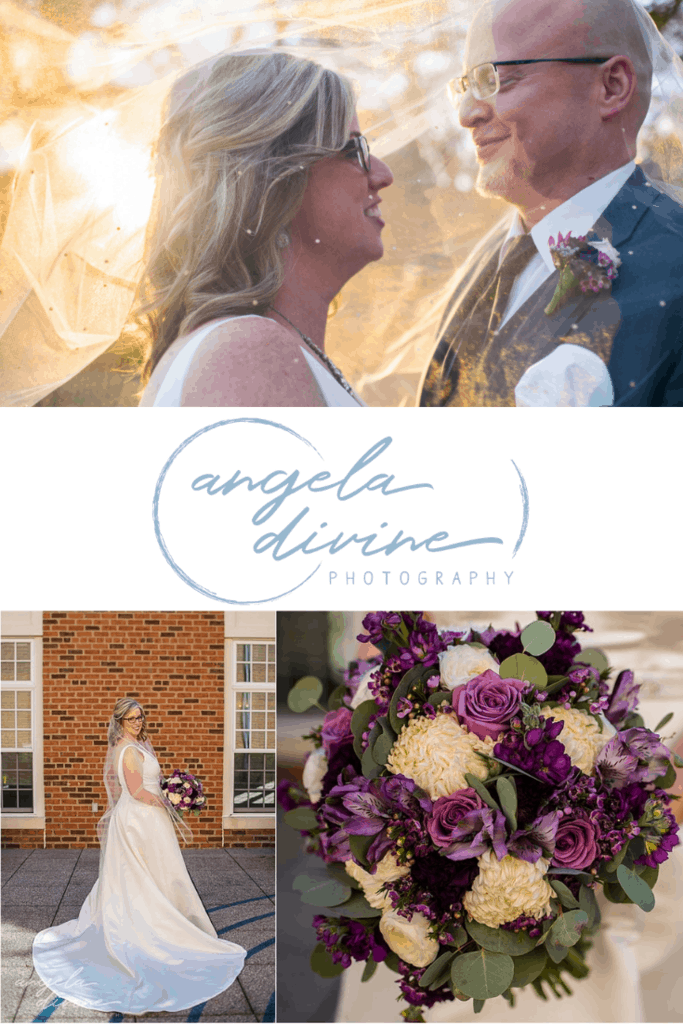