Courtney and Brian almost didn’t meet.  Neither of them wanted to attend their dating site’s mixer that one night, but friends and family talked them into showing up.   The night was themed around Cards Against Humanity, and when they both picked New Zealand as one of their cards, they of course started talking, and now they are engaged.  They wanted to throw it back to one of their first dates, so we met at the Como Zoo for their engagement session.

To beat the crowds, we arrived just before the Zoo opened it’s doors.   The  outside of the conservatory has lush gardens and a fountain whose water drops made for some magical photos.

Once the doors opened, we went straight for the Sunken Garden.  It’s a popular spot for pictures, and for just a moment, we had the whole garden to ourselves.

Courtney and Brian also love the Japanese Garden, so we headed back outside for a serene walk down to the pond.  Once again, the garden was quiet, leaving just us to explore.

The sun was hot, so we headed back in where Courtney and Brian changed into the outfits they met on.  Brian still wears his orange plaid shirt on their anniversary, which melts my heart.

Before heading out to the carousel, Courtney and Brian pressed a penny.   They do this every time they have the opportunity so they can remember all the great places they visit.

The carousel is a historic piece for the Como Zoo and Courtney and Brian rode it on their first date.   We hopped on for a spin.   Courtney and Brian took two horses side by side while I peaked at them with my lens from the sleigh ahead.

Courtney and Brian’s Como Zoo engagement session was so thoughtful down to every detail.  I’m so excited photograph their wedding at Creekside this next summer where they were engaged. 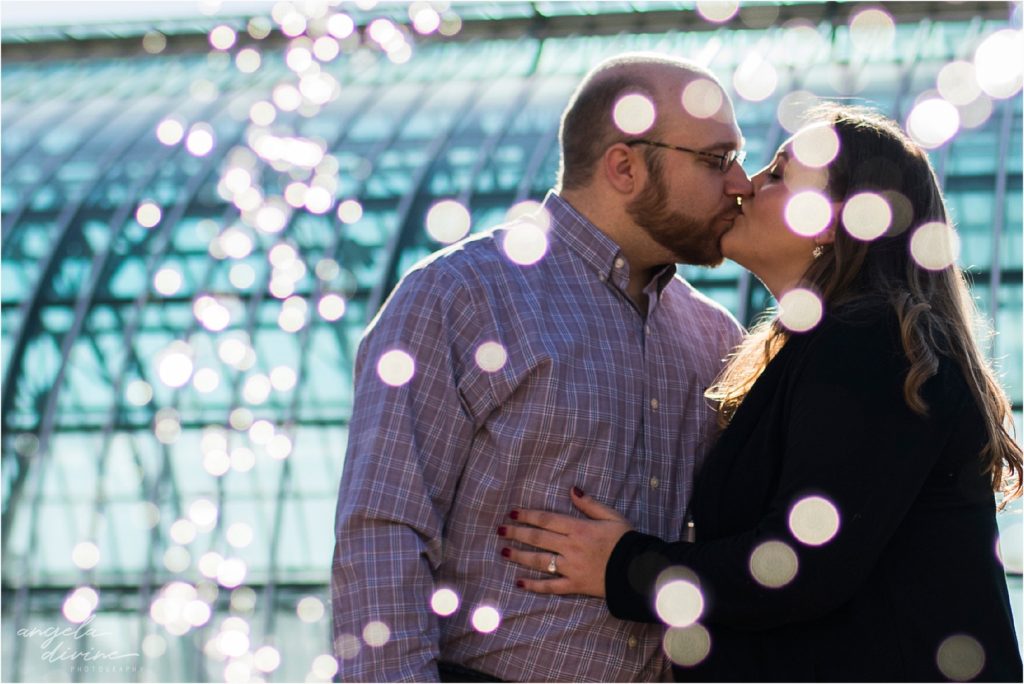 I love the Como Zoo engagement sessions! Here is one from last winter-