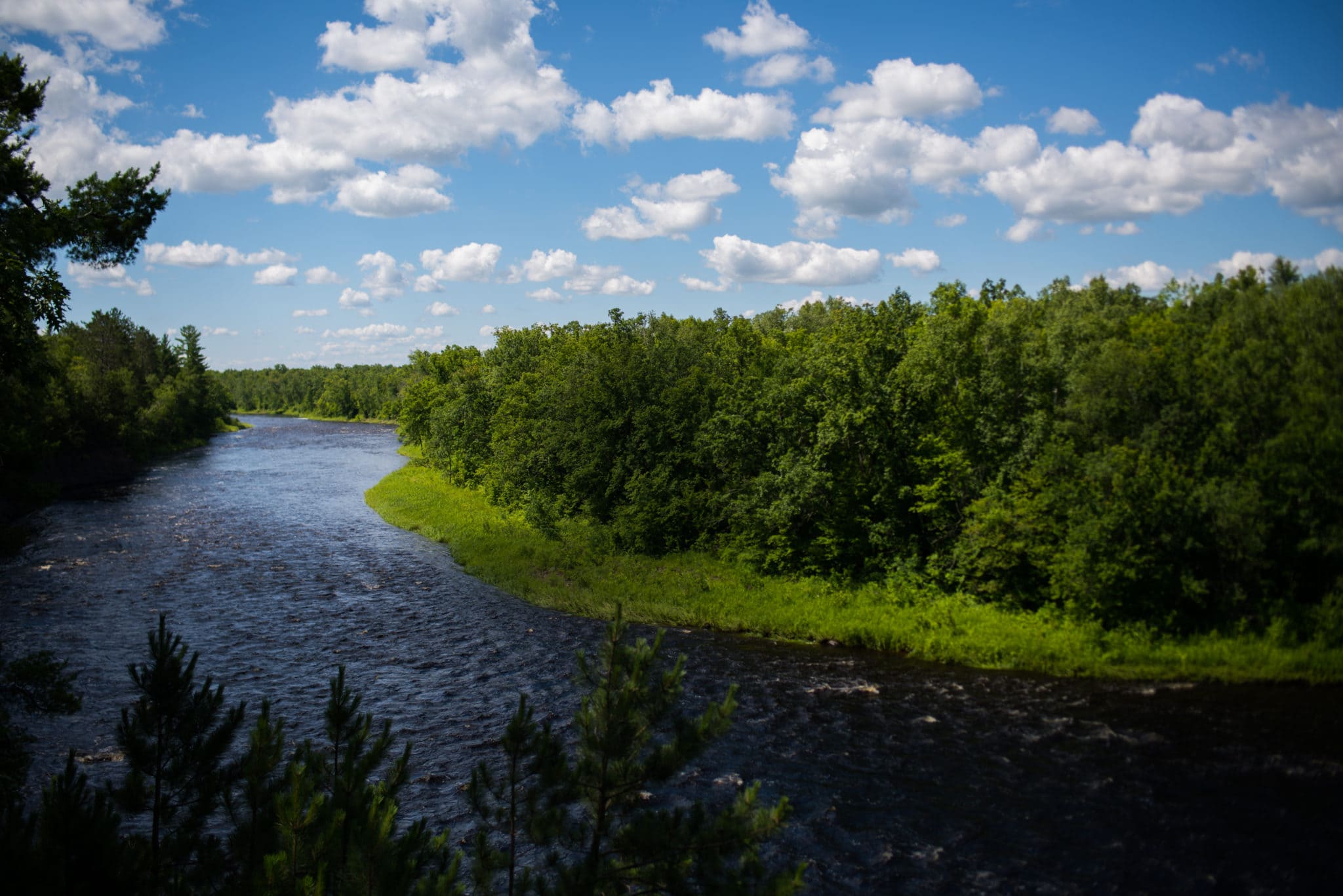 Tom and I packed up the car, the dog, and ourselves for our second camping trip of the summer.  Saint Croix State Park is about 2 hours up 35wN.  Our trip started off a little bumpy.  We left around two in the afternoon, and we hit a ton of traffic.  Once we arrived, we unpacked the car to set up camp and realized our brand new air mattress (straight out the box) had a hole in it.   Tom headed back to town, while Zelda and I finished unpacking and explored the campground.  Luckily, Tom made it back in time for sunset hike down the river front. 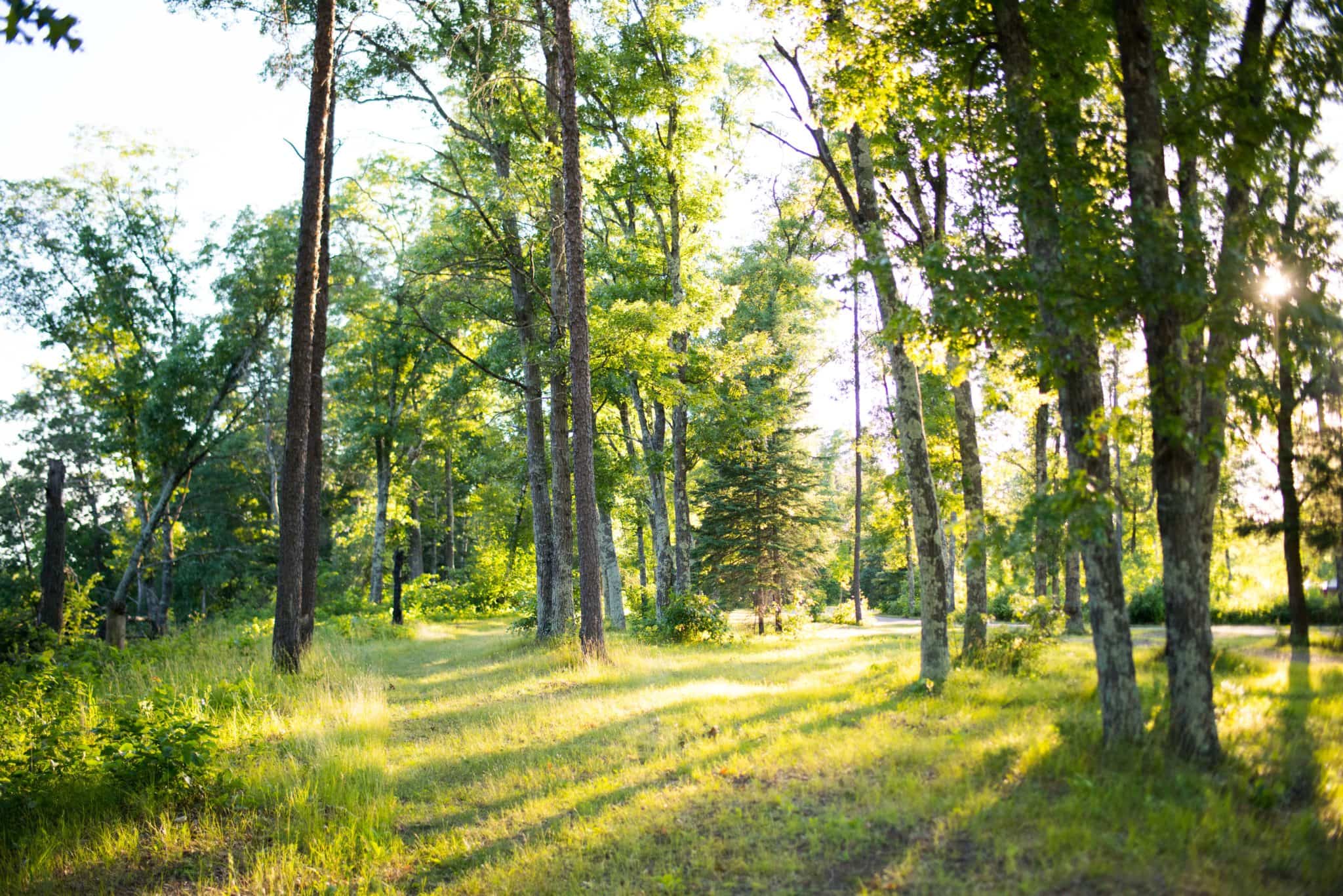 After our hike, we fired up the grill and started a campfire.  I quickly ate dinner so I could enjoy my first S’more in eight weeks, it was the best thing ever! 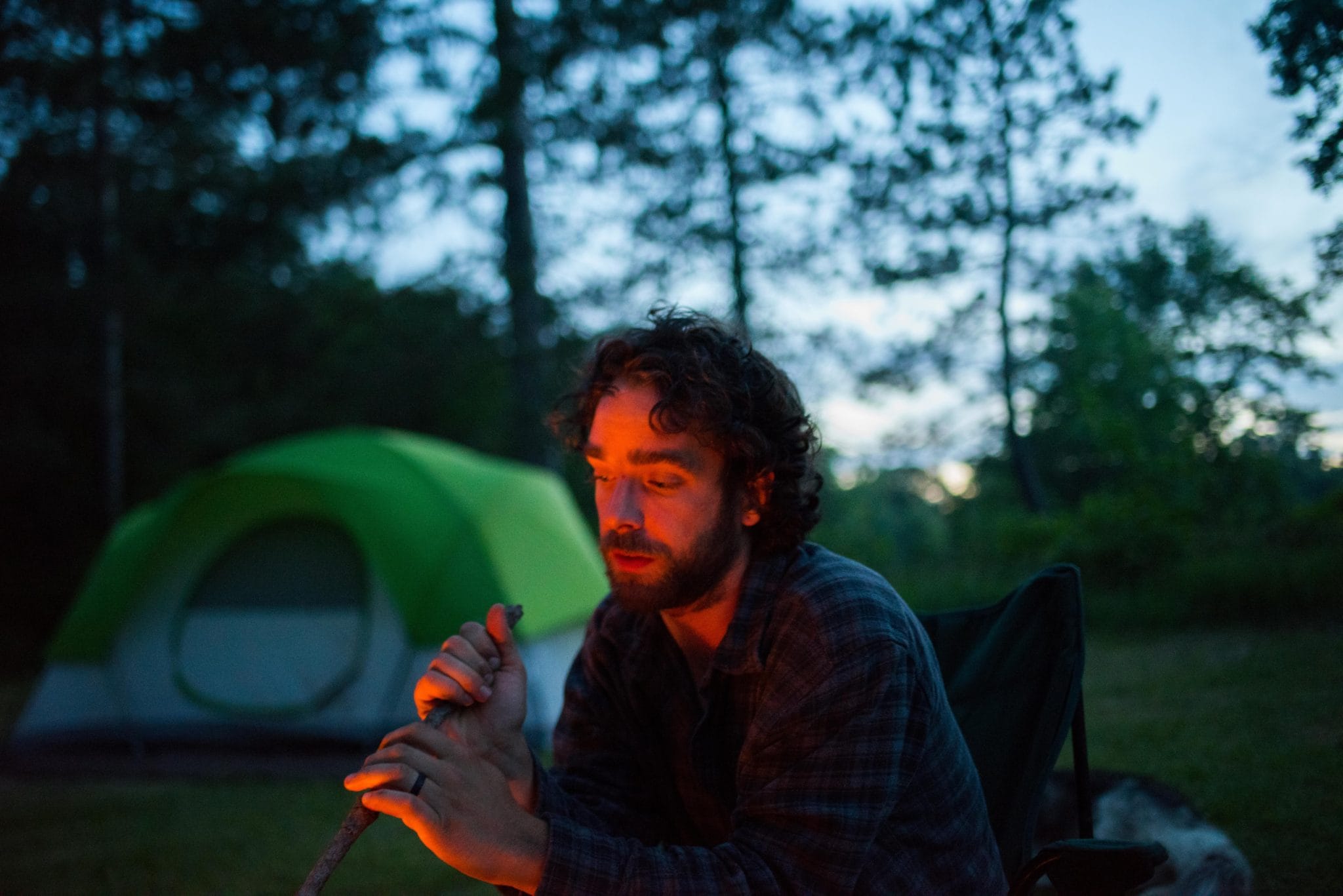 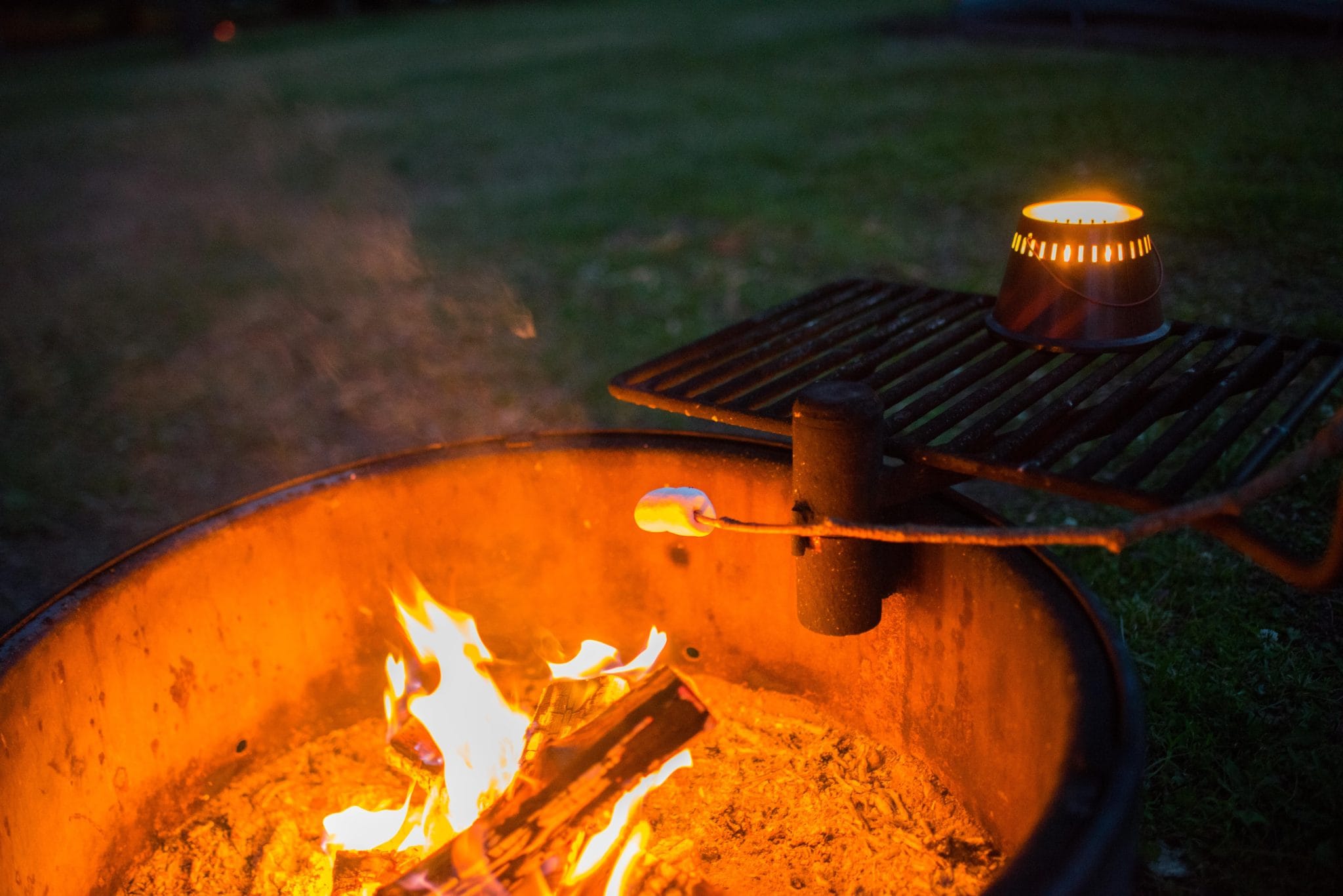 The next day, we hiked a total of 9 miles.  We traveled to the other side of the park and hiked down the Kettle River.  We found an awesome pebble beach where Zelda was able to swim and splash in the water, and after our lunch break we decided to hike the other direction down the river so we could see where the Kettle and St. Croix met.  The hike was called the Two Rivers Trail, and although it was beautiful, the bugs were out and attacking.  An hour later, we finally reached the point where the rivers meet to find that it was not overlook, but someone else’s campsite.  It was hilarious, but also unexpected.  I wish that would have been on the map. 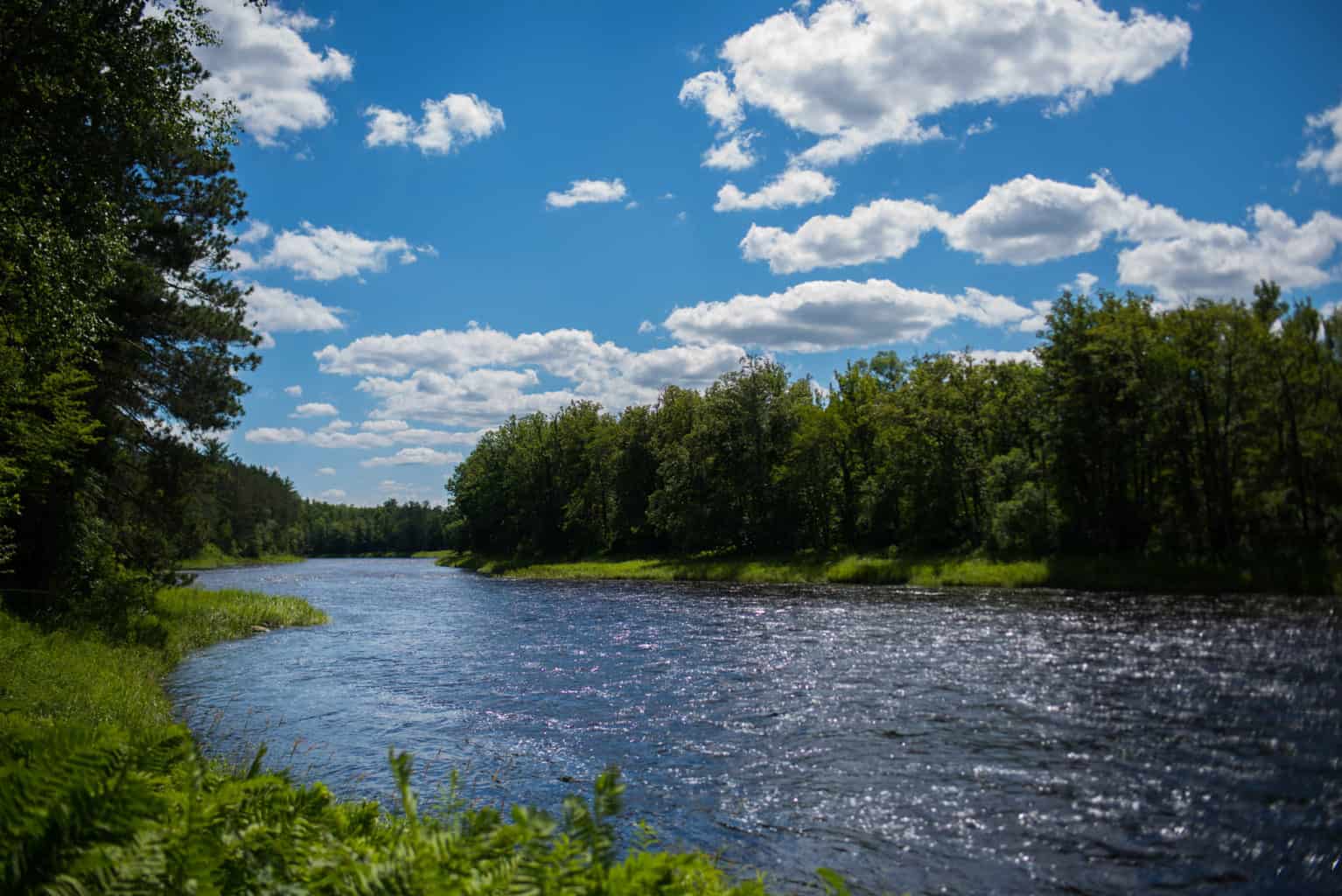 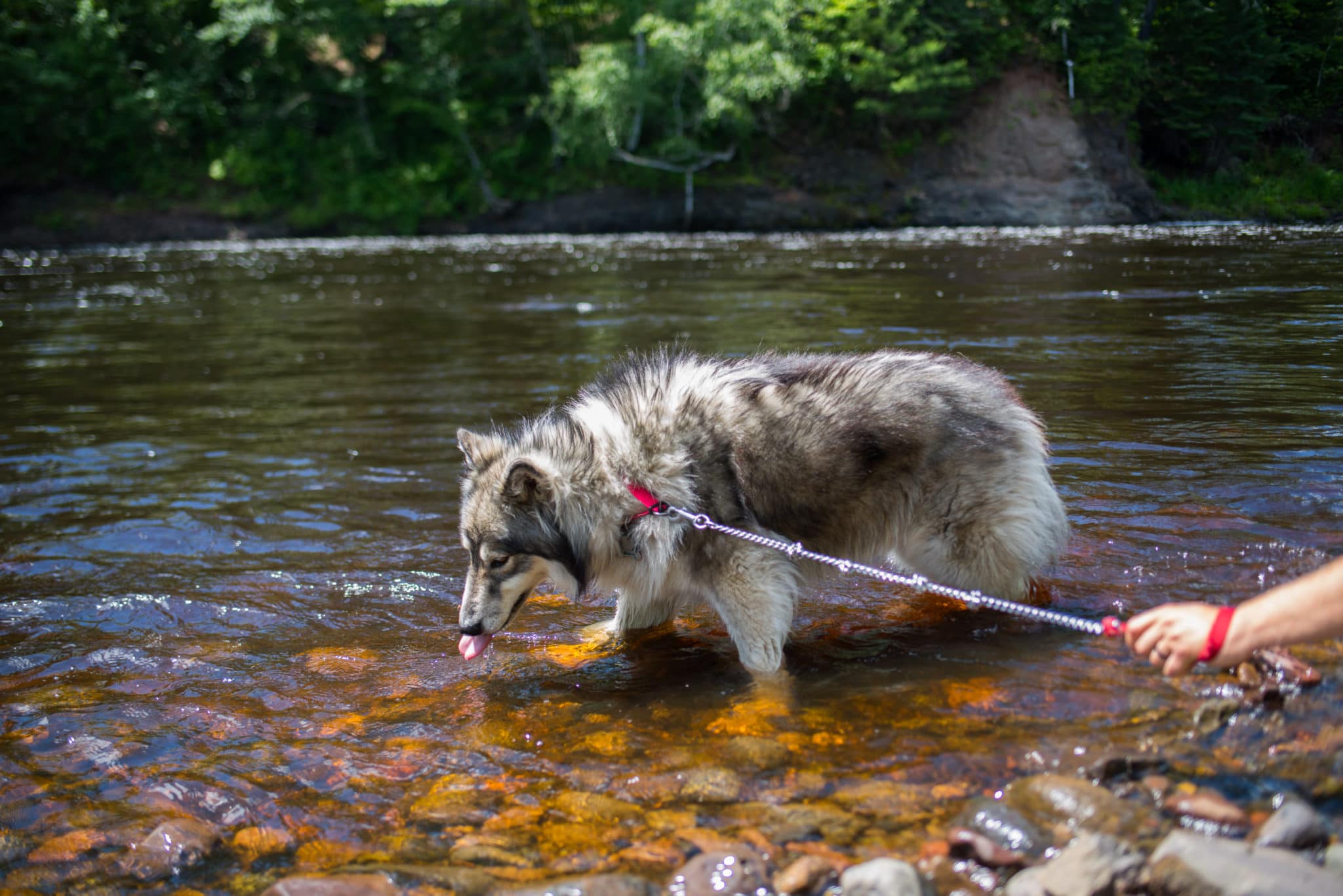 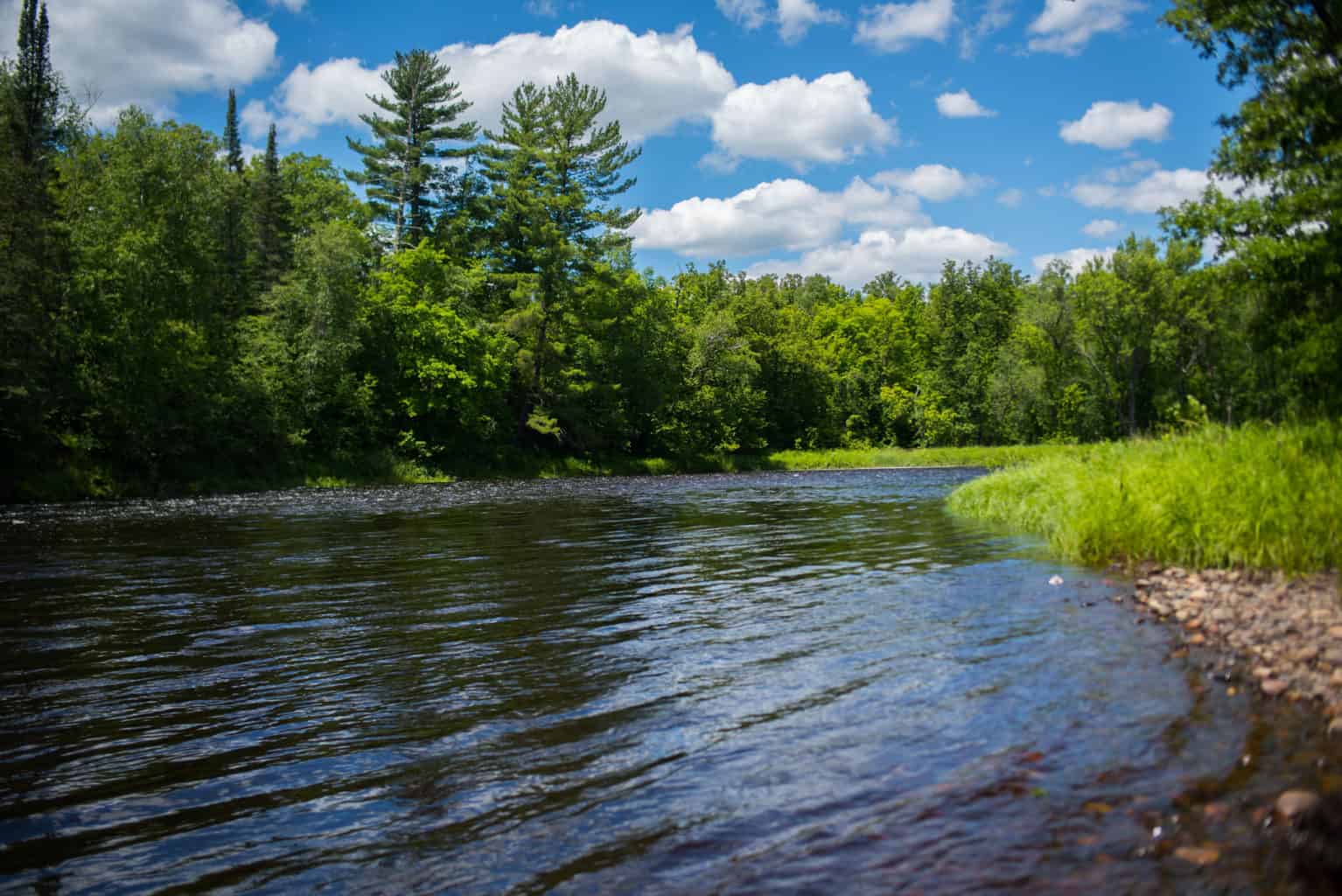 We ended the trip by climbing the Observation tower.  The view was fantastic and it was nice to see the entire park before leaving.   Saint Croix State Park was beautiful, but I would have to say, not as great as Jay Cooke for me.  Maybe we will be back, but just being able to get out for a couple days and spend time with my husband and dog outdoors was perfect! 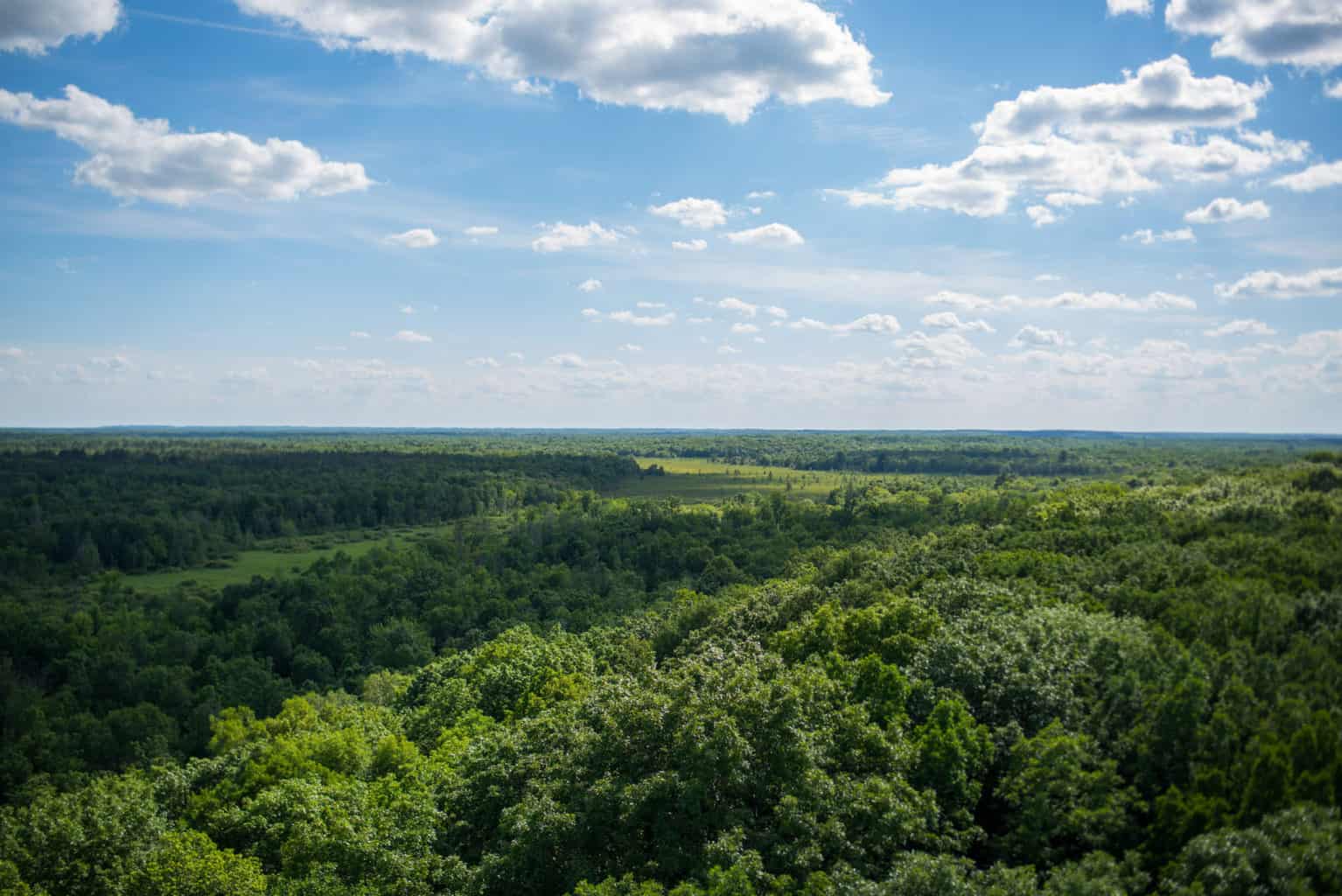 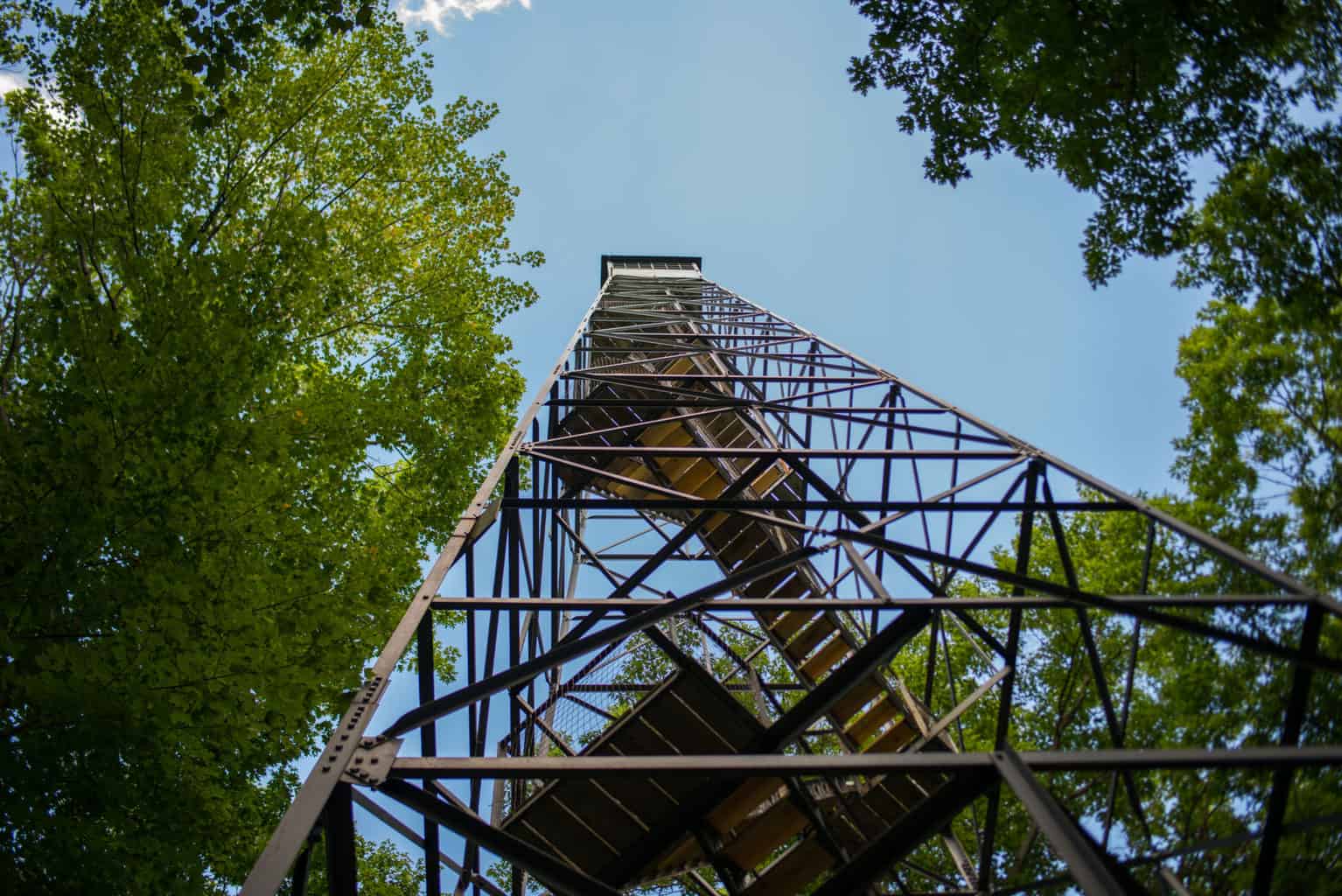