Emily and Chris threw one epic wedding in Minneapolis, Minnesota!  It was a paaarrrtyyyy!

Their ceremony was held at the beautiful Rose Garden next to Lake Harriet.   Emily and Chris waited to see each other until the ceremony, so both of them were excited and nervous.   The Lilac’s and tulips were in full bloom, and to the strumming of the guitar, the wedding party started their walk down the isle.Emily’s sister had just had twins, so she was present via Facetime on an I Pad.  She was still the maid of honor and was held by Chris’s best woman.  When it was Emily’s turn, Chris’s face lit up, and as he mentioned, she was stunning.  Berkley, Chris’s son and ring bearer, was also asked to be apart of the ceremony because the three of them were coming together as a family.

After they exchanged vows and rings, the wedding party boarded a limo bus to head to the Mill City Ruins for photos.  We were not expecting the hundreds of prom kids that had taken over the space to take pictures as well.  Luckily, we were able to be patient and wiggled our way to my favorite spot where the sun was perfect and we could have some space to not only take pictures, but have a good time.

While we were taking photos, the rest of their guests gathered at the Day Block.  When we arrived, the party was just getting started.  They had hand crafted beer, top shelf whiskey, and two of Chris’s friends made a fantastic dinner buffet.  Everyone was able to sit back, relax and enjoy some great food and company.

An amazing local band, Frogleg, kicked off the dance party.  The lead singer, Joe Dunn, toasted the bride and groom as they warmed up the entire crowd with a couple of original tracks then a tribute to the Talking Heads, it was incredible!  The bride and groom did their first dance a little later, and it was just as special.  Berkley and Emily’s sister joined them for the last couple bars.  I had never seen so many people on the dance floor for an entire wedding.  Everyone was their to purely celebrate these two amazing people!   Congratulations to Chris and Emily, your wedding was so fun and full of laughter! 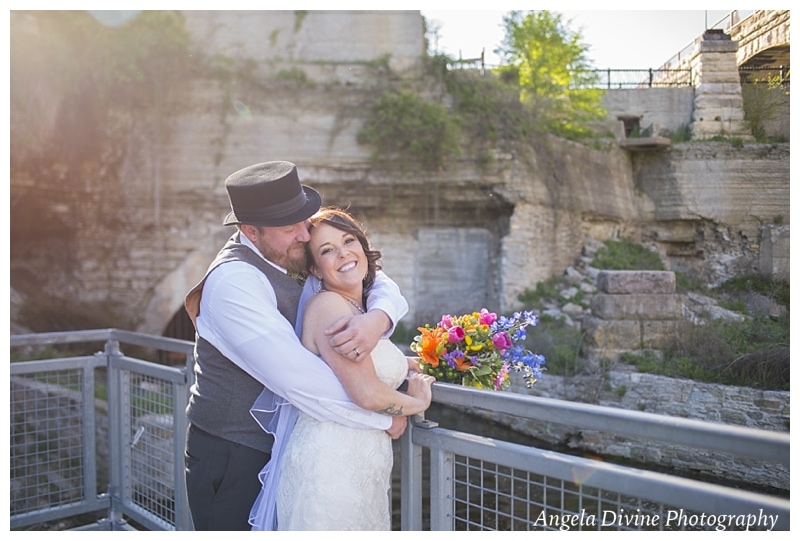 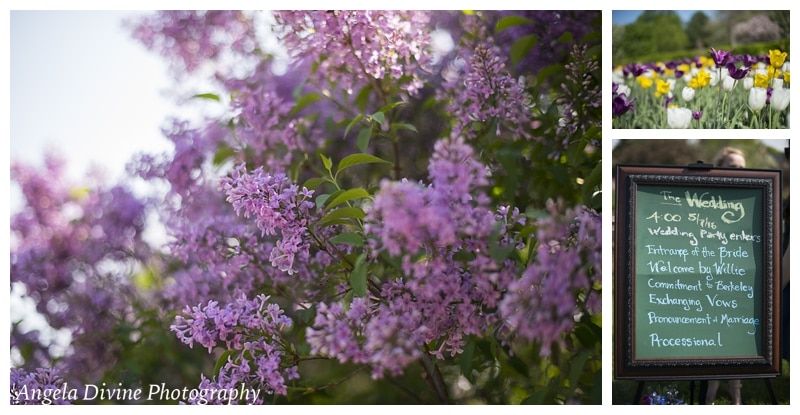 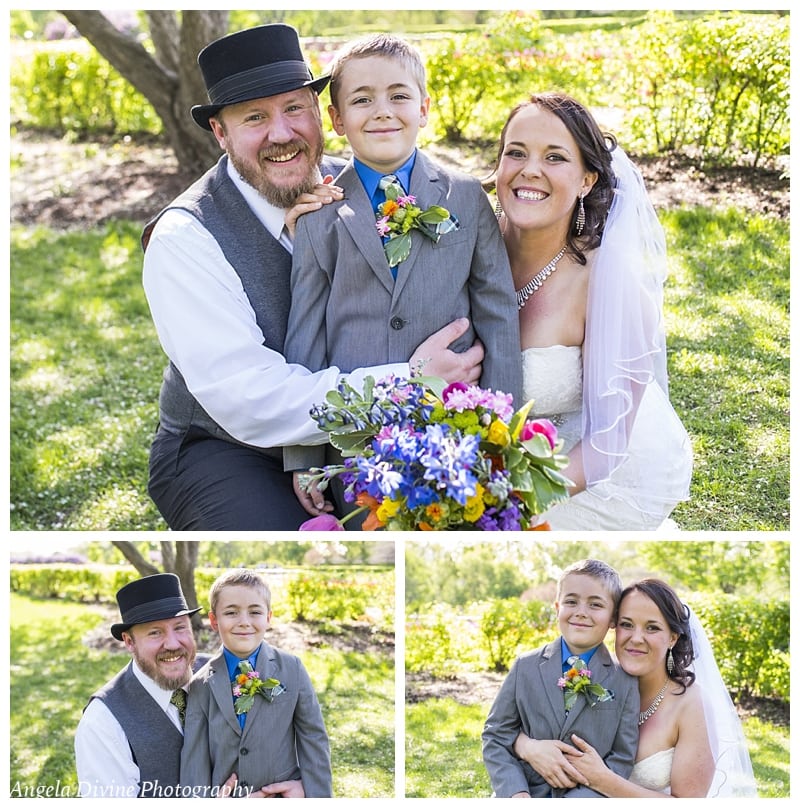 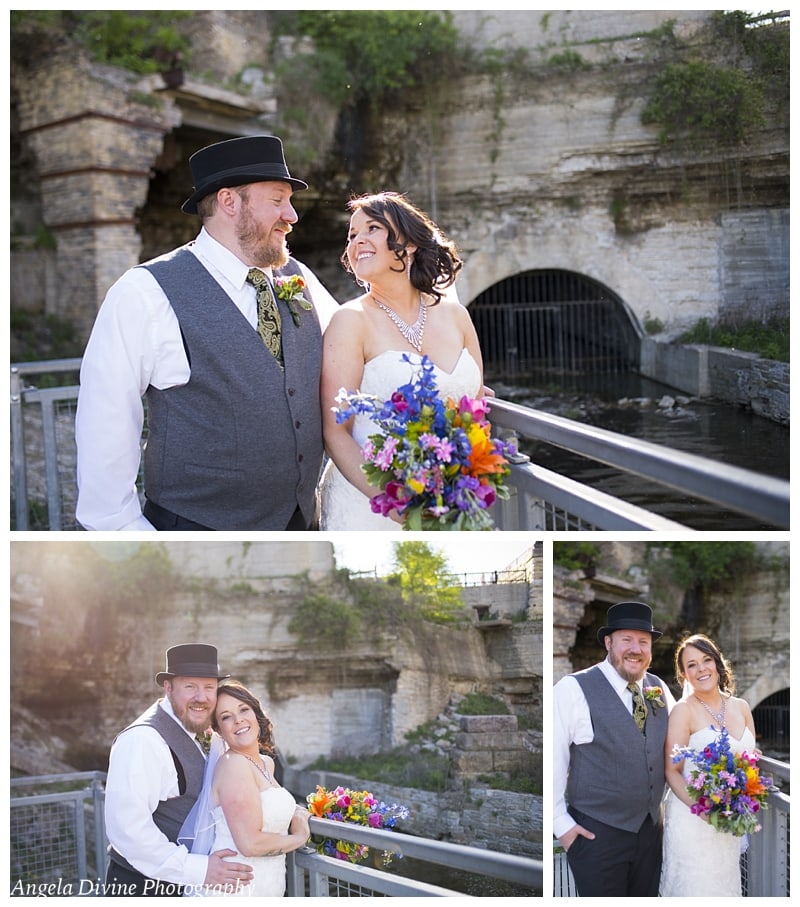 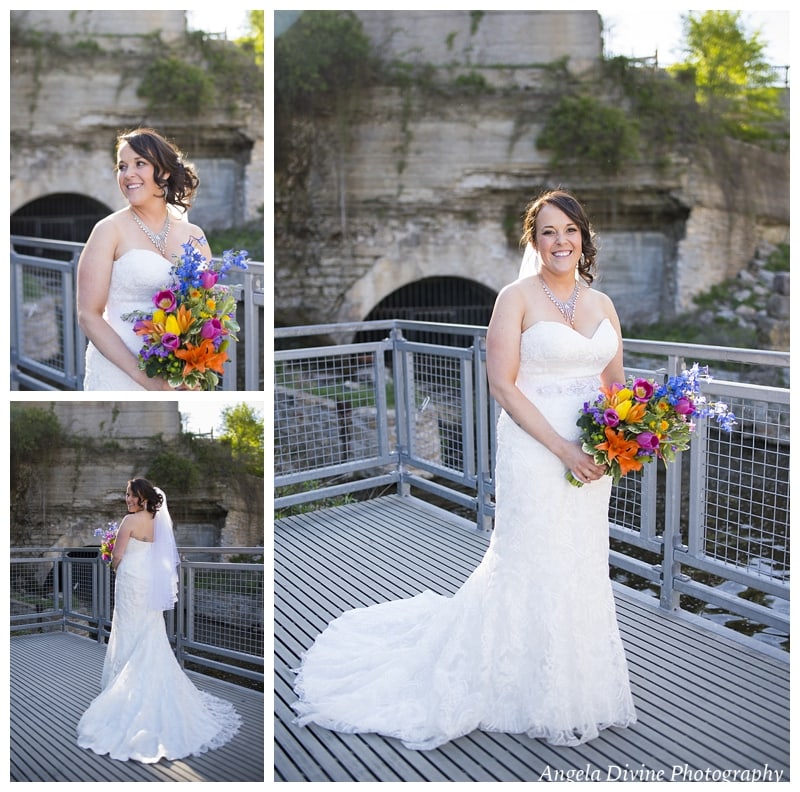 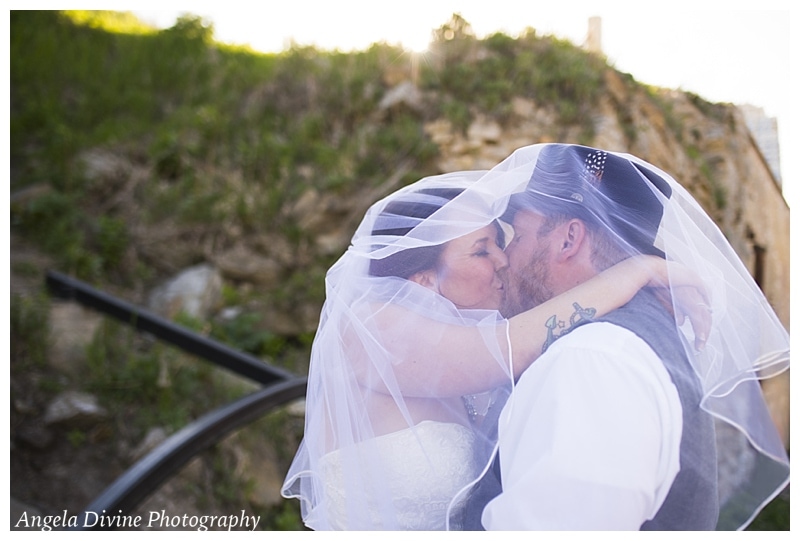 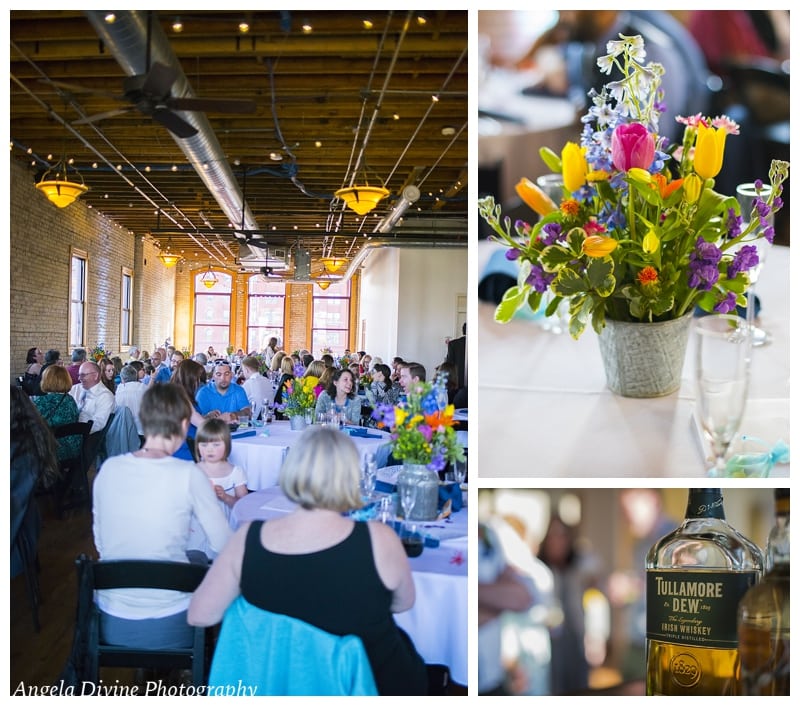 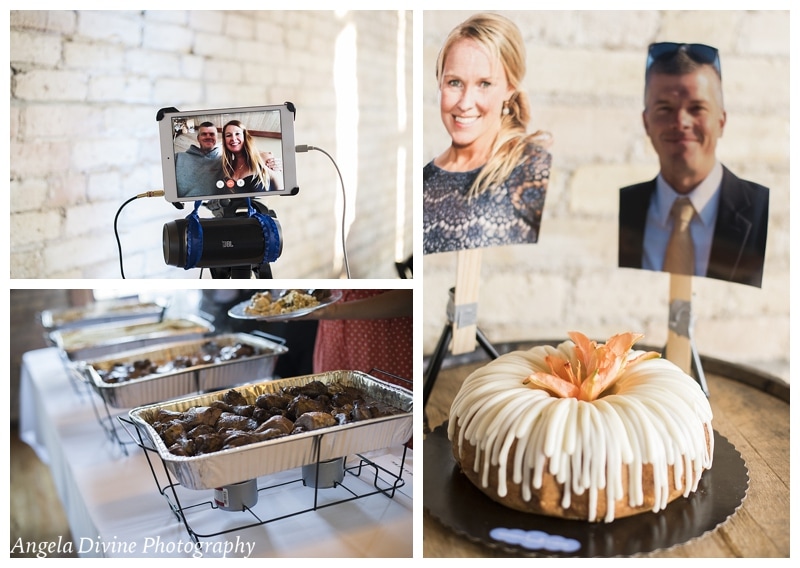 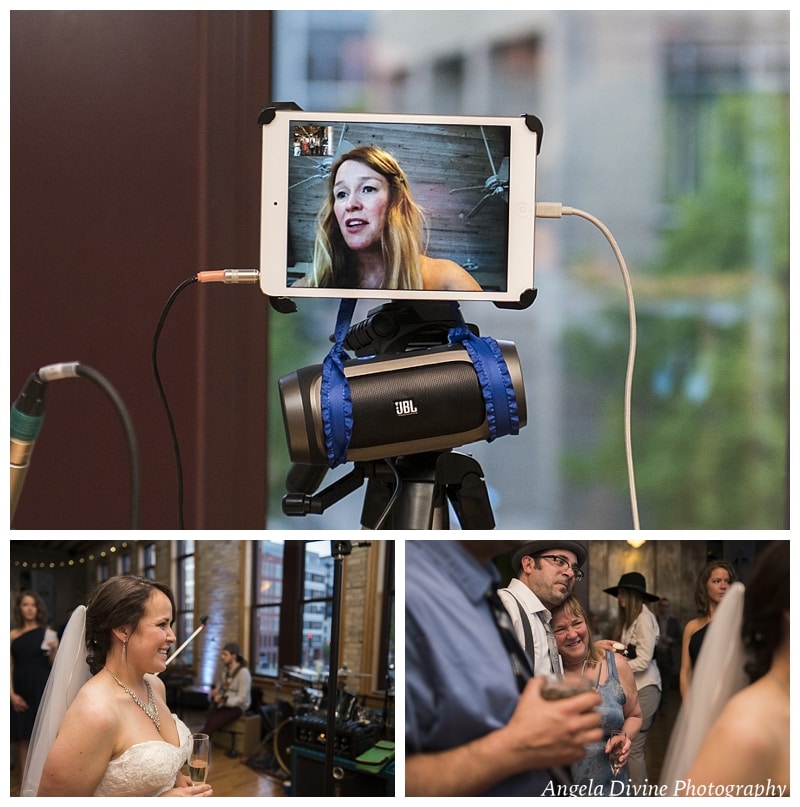 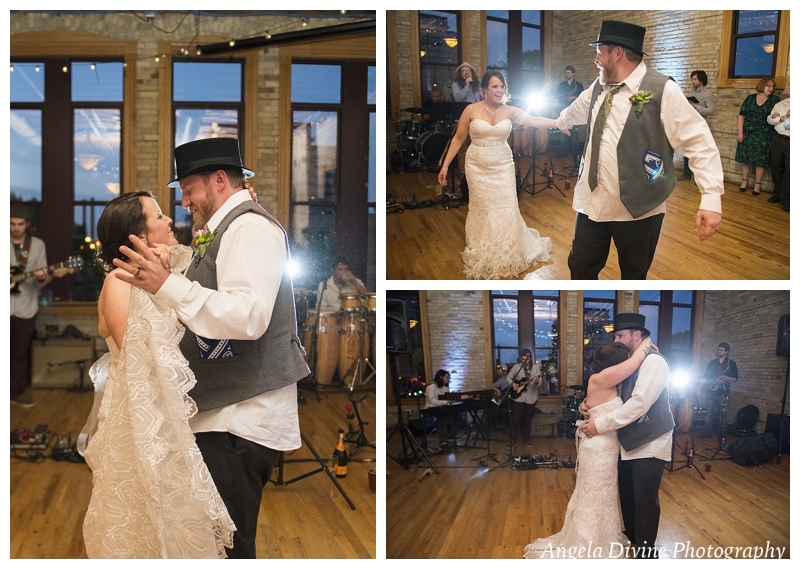 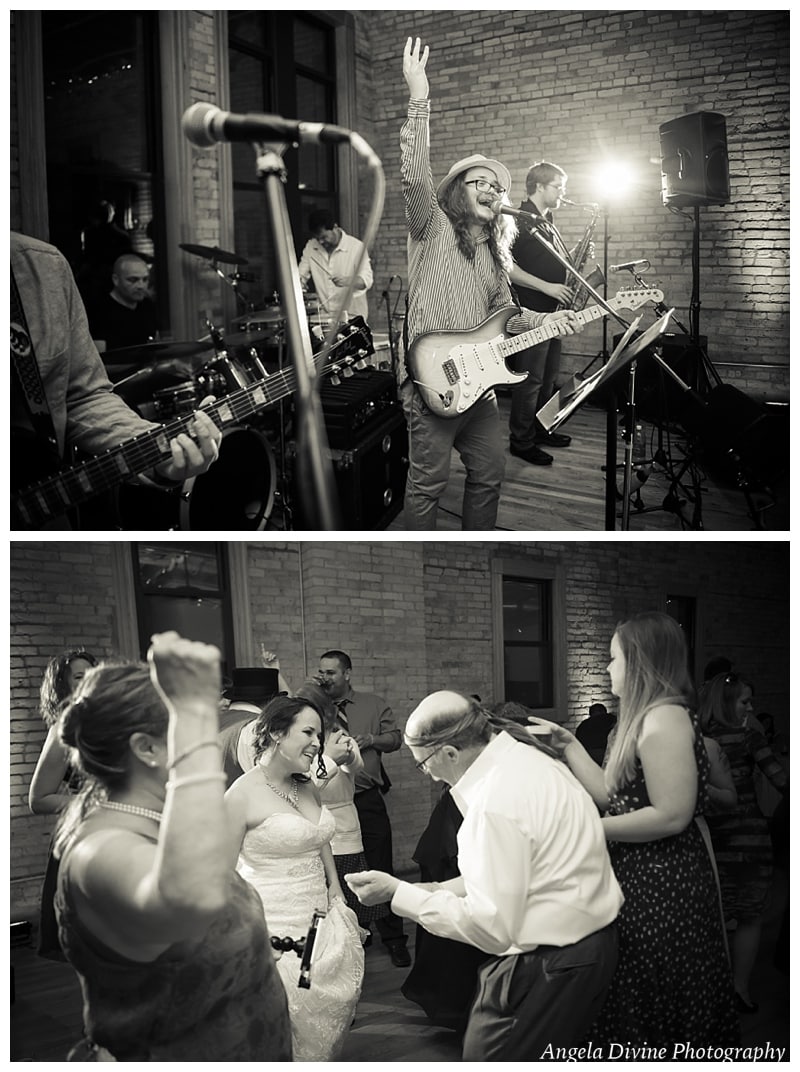 Want to see more weddings from Day block?  Check these out.  Beth and Chris  Stephanie and Sean

Want to see more of Chris and Emily?  Here’s their engagement shoot.