August 22, 2017
When I get a weekend off during wedding season, I want to do one thing- get into the woods with my husband and dog.  Since I only get a few off each season, I like to savor every second we get in nature camping.
For our second trip of the season, two of our friends wanted to join us, and after a bit of research, we decided on Banning State Park, in Sandstone Minnesota which is about an hour and a half from the cities.
Sometimes choosing a campsite to a park you have never been can be tricky, but luck of the draw gave us the most secluded one I have ever been at.  Tom, Zelda and I took one car and arrived Friday with just enough light to get our tent set up, air mattress blown up, and have dinner.  Our friends Andrea and Sonja arrived a little later, about five minutes before the rain started.
They set up their tent quickly, then hopped into ours where we played a few games until the storm passed.  Shortly after, we made a fire to warm/dry up and made a few S’mores before bed.

The next morning we all woke up early, excited to see the park by daylight.  We took our time making breakfast- and I hate to brag – but make a mean one by campfire.  Eggs, potatoes, veggies, and even some “forizo” sausage topped with my favorite not sour cream, Toffuti.

We packed our swimming gear, tunes, towels, snacks, and of course, the Fireball, so we had everything we needed for a long day of hiking.

The first trail we hit went down to a small waterfall where we saw some kayakers go right over.  It was so impressive- that takes some mad skills and a lot of bravery.  After watching them, we dipped our toes in and the water was freezing.  Zelda dipped a little too far in and dragged me down into the freezing cold water with her.  I’m so glad she did, because there was no way I would have otherwise gone in.

My favorite part of this trip was actually swimming to the waterfall with my husband.  It was colder than Lake Superior, we shivered the entire time, but it was an experience I will never forget. 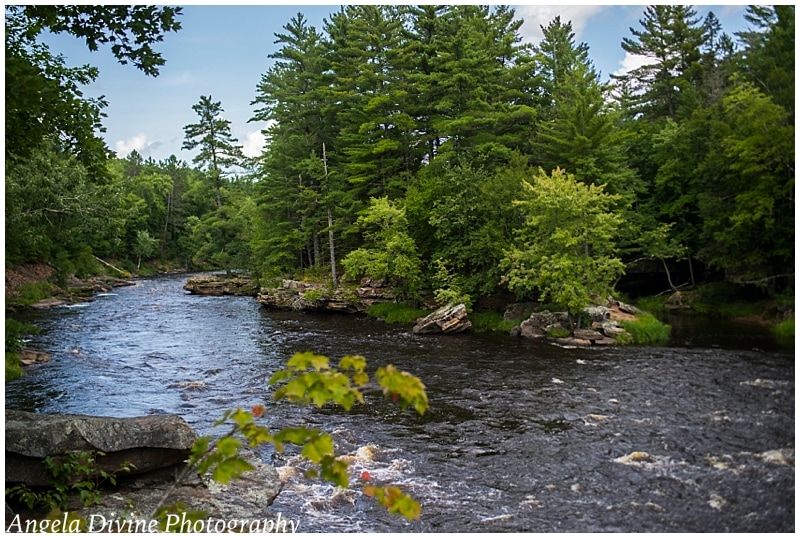 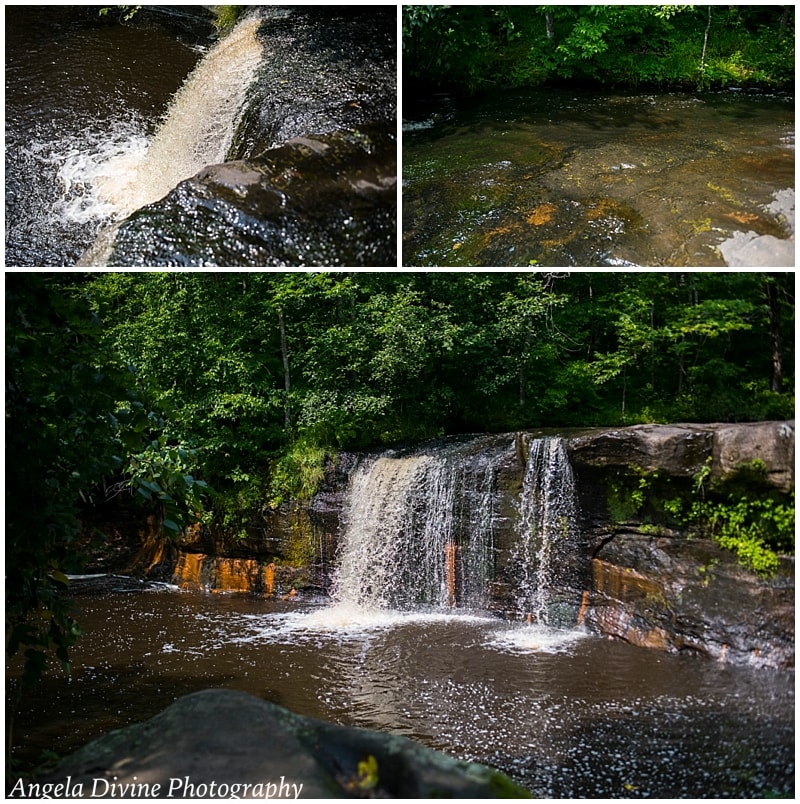 After drying off, we continued back up the trail along the river’s edge which was challenging on the legs, but so beautiful.  We stopped every so often to sit on the rocks, enjoy nature’s majesty and soak it all in.

This park was actually an old quarry, so as we walked up and around there were the remnants of old buildings that nature had taken back over with it’s leafy vines and green moss.  I didn’t think I was going to enjoy this part of the park, but it was almost like hiking into the ruins of an ancient place.

We kept going up and along the river until suddenly, clouds moved in and it began to rain.  At this point, we realized how far we had gone and it was time to turn around if we wanted to make it back before sunset, so we headed back towards the campground, for once not stopping but enjoying the view.

The rain stopped when we arrived back and we had dry firewood.  There’s no better feeling than being cold and wet and started a fire.  We made several courses of dinner ranging from Ramen to hot dogs before deciding we could do one last hike. 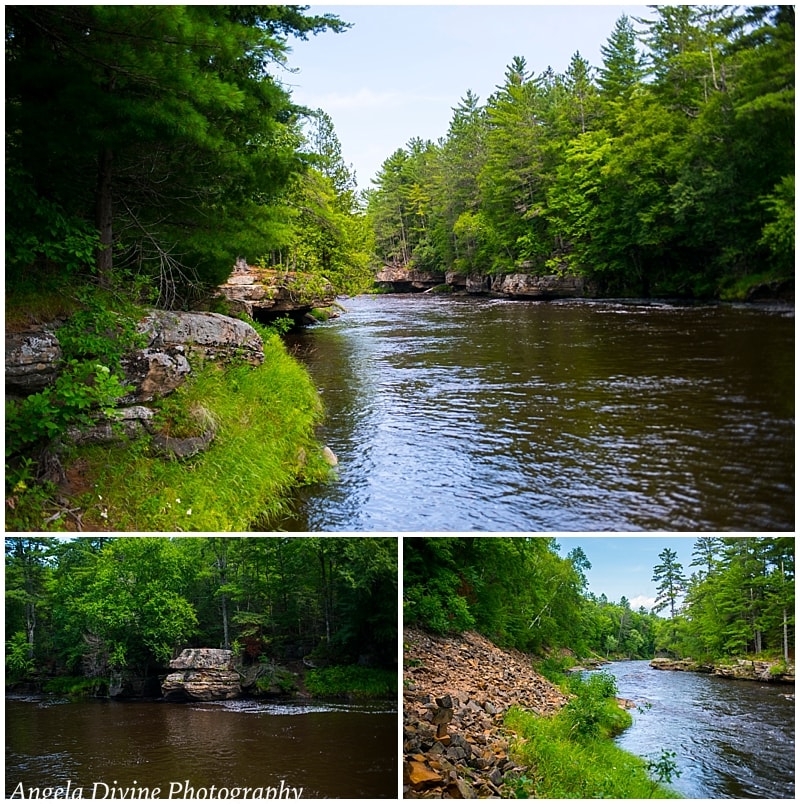 This last hike of the day was about 20 minutes from the park.  You had to drive there and it was so worth it.  It was twilight, but the sky was filled with grey.  The hike took you along a dirt path to a rocky area where you had to climb down a wooden ladder.  Tom had to carry Zelda down, and the look on her face as he hoisted her around his shoulders was one of fear.

Getting down the ladder was well worth the trouble because there were rapids and a small waterfall that overlooked the other side of the river.  Our friend Sonja tried her luck at fishing while the rest of us hung out, admiring the views until the mosquites drove us away.  Exhausted and tired, we made our way back to the campsite where our tents looked more appealing than ever. 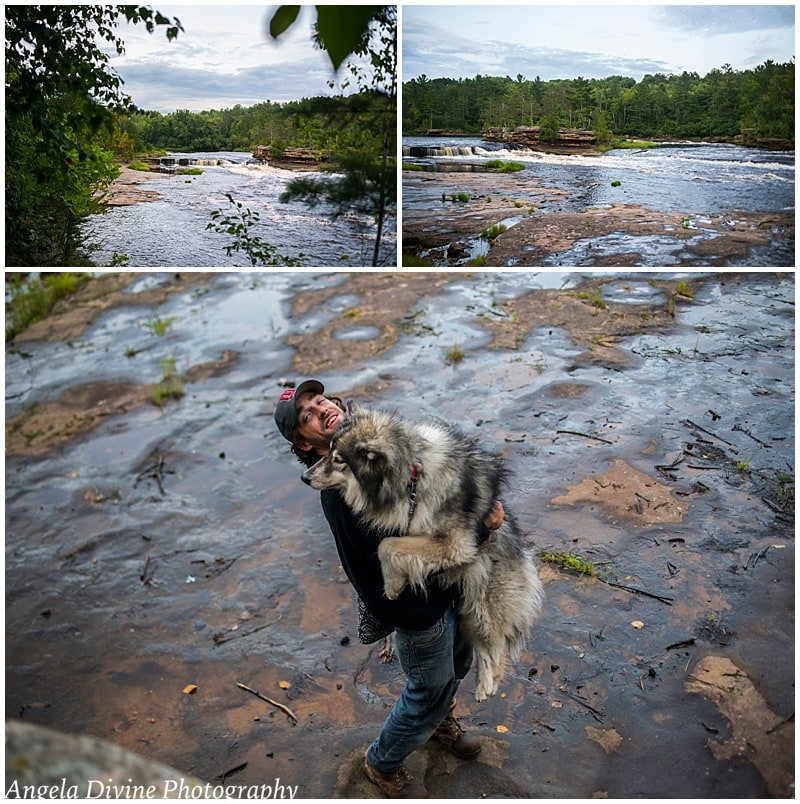 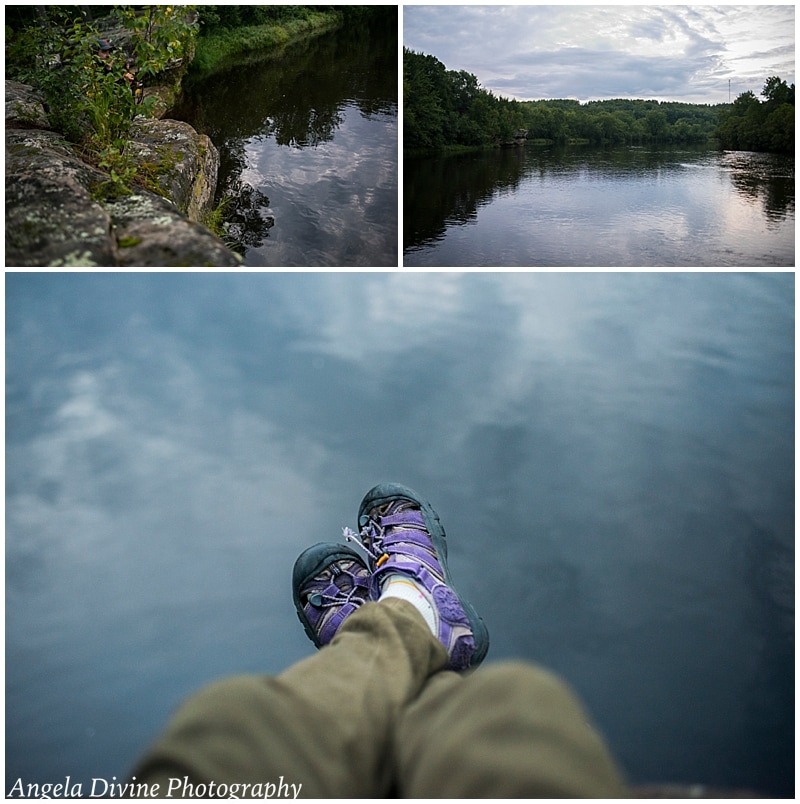 Sunday morning started with my campfire breakfast- I could eat that for a few days – then the best bloody mary’s I’ve ever had.  What made them was Andrea’s home made spicy pickles.  This girl has never pickled, but she must have in a past life because these were incredible!  Just the right amount of heat to add into the mix.  It made the morning warm and fuzzy.

On our way out of the park, we hit up one last hike.  Somewhere we had thought we had been, but made our own trail down to the river to see some rapids.  We hung out on the rocks as long as we could, I didn’t want to leave.

Another excellent camping trip for the books.  I can’t get enough of being in nature, and these Minnesota State Parks with rivers and rocks are always calling my name.

Have you ever been to Banning?  Do you have a state park you love?  Please share your favorite adventures with me, I would love to start planing next years.